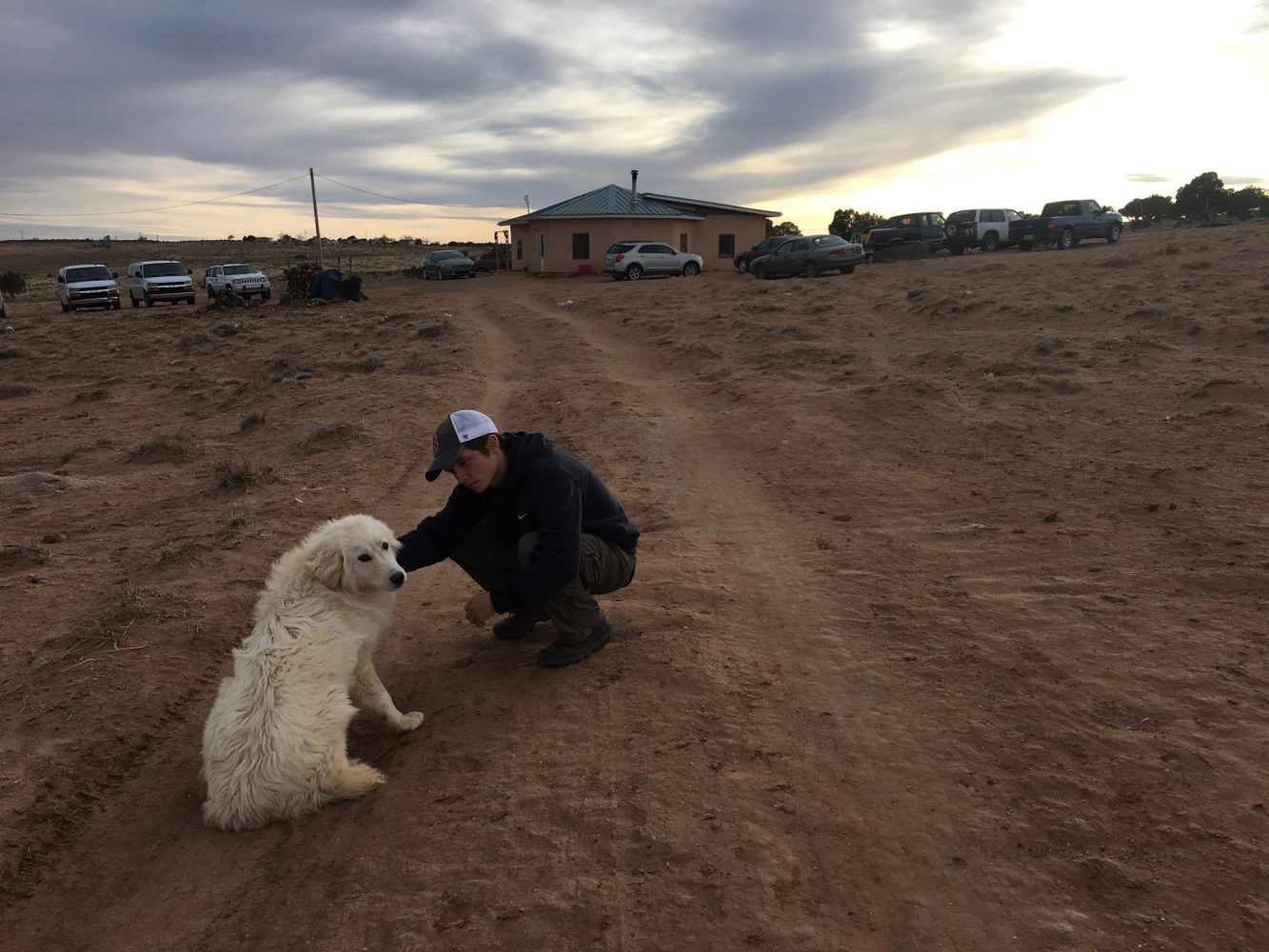 Within the last decade the popularity of brief community service trips has drastically increased through the social model of the “Alternative Spring Break.” This year, the University of Rhode Island Service Corps organized six separate projects, each encompassing different components and methods of service.

Having learned about ASB through his membership in Habitat for Humanity, Masse applied for the trip in the fall and worked towards fundraising and education goals over the last several months. Much of the fundraising done was to reduce travel expenses and cover the events the group would be attending.

In terms of education, ASB encourages a solid foundation in understanding components of the communities being served. In preparation, members from each trip were required to meet regularly for informative discussions.

“All 26 people brought different facts to share collectively during the meeting, either about the Native American tribes or the area itself,” said Masse, “One [person] actually brought a fact that we were going to go to the town from the Eagle’s song, ‘Take it Easy.’”

A lot of the preliminary information was about the Black Mesa Water Coalition, a clan within the Navajo Nation that works towards bringing back the traditional methods of farming to their area.

“Much of their culture had been taken away when they were forced onto the reservation,” explained Masse. “A lot of people left the reservation to find jobs rather than following their traditional farming techniques.”

The core goal of the trip was to work on environmental injustices by supporting tribe members and encouraging effective catalysts of change—primarily water safety and security. While all of Arizona has limited resources when it comes to water, the tribal lands lack laws prohibiting contamination of the water supply.

“Without regulations, you can actually go onto the reservation and dump things,” explained Masse. “And a lot of big companies and corporations take advantage of that.”

Alexa Collins, another student who went on this ASB trip, said that after going on this trip, she learned how crucial it is that people advocate for others whenever possible.

“The injustice and inequality in this country is so much greater than we realize while we’re in our little bubble here on campus,” she said. “We should use the opportunities and privileges we’ve been given to stand up for others and fight for a more equal and just society.”

The trip was comprised of several smaller service ventures that filled the five days the students spent in Arizona. The first day, students volunteered at a school in Flagstaff where they learned about Native American culture. This experience was followed by collaborative work with the Verde Valley Habitat for Humanity where students assisted in renovating the exterior presentation of the ReStore.

“Mainly we painted and removed cacti from the parking lot,” said Masse. “The ReStores are where Habitat refurbishes household machinery for resale in order to provide funding for more builds.” This particular ReStore is a new addition to the chain and was recently converted from a gas station.

Following trim work at the ReStore, ASB worked with the Arizona Trail Association to build a trail connecting a private campground to the Arizona Trail utilizing a minimal impact trail technique to leave the environment as undisturbed as possible.

Lastly, the students did service work with the Bitter Water Clan. “They set us up in their own living room,” said Masse, who could barely contain his gratefulness for the kind gesture.

Another student who went on the trip, Becky Gumbrewics, attributes this trip to opening her eyes to not only the beauty of Arizona, but also of its people.

“The Native Americans humbly welcomed us to their community,” she said. “They taught us their culture, lifestyle and beliefs. Most of all they showed us that despite the challenges imposed on them, they came from a place of peace and strength, rather than hostility or anger.”

The service trip concluded with a sightseeing adventure to the Grand Canyon and reflective discussions revealed many productive courses of action to be considered to help future generations of Navajos.

Having gained perspective from the experience, the Navajo greeting “Yá’át’ééh” or “you are the universe” resonated with Masse.

“They believe that everything is alive, and even spoken words have life, so whatever they put out is always kind because it lives among them,” said Masse.