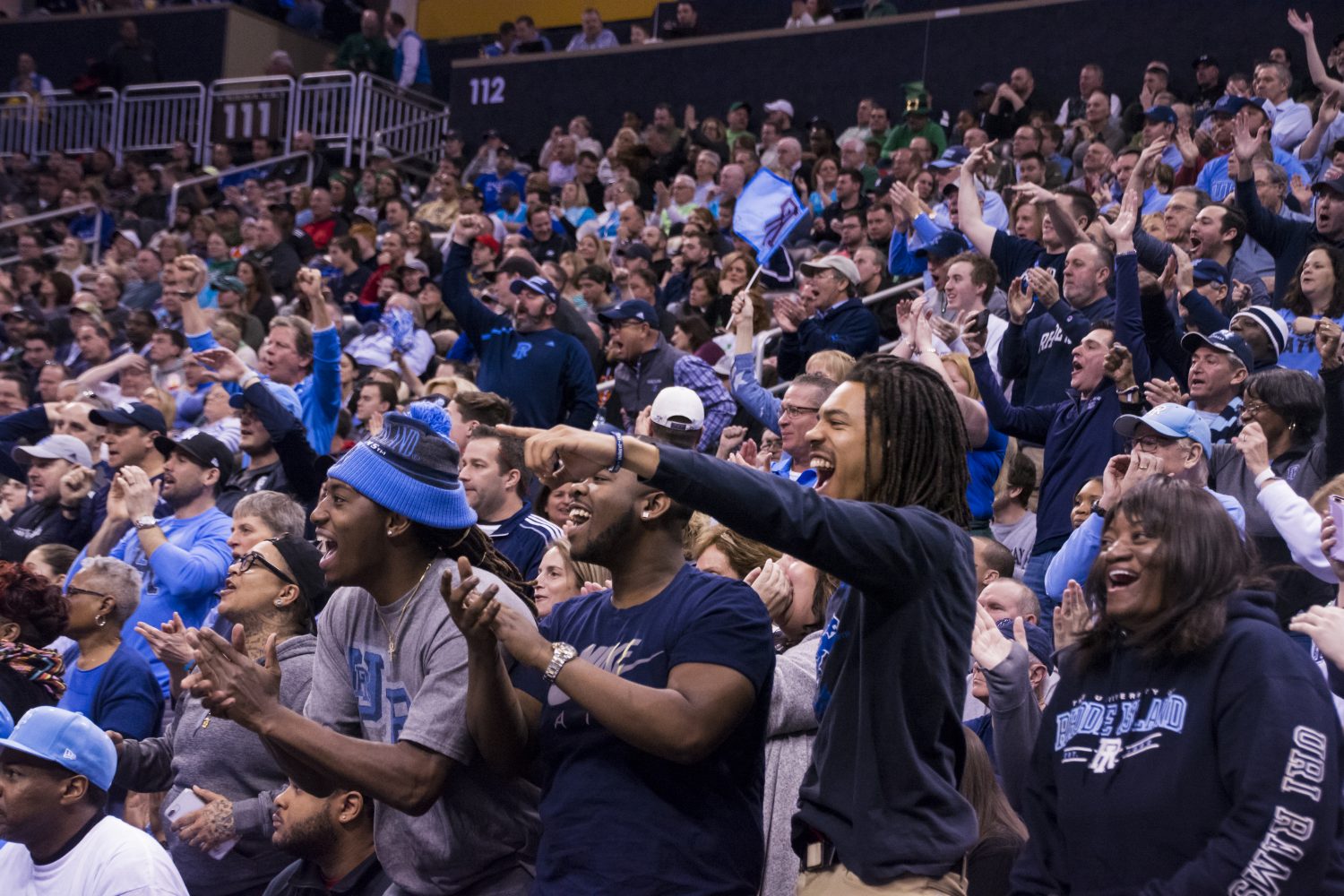 What started off as a 6-3, injury plagued beginning to the 2017-18 University of Rhode Island men’s basketball team, concluded as one of the best seasons in program history.

It was a season of firsts for the program, as most seasons have been under head coach Dan Hurley. For the first time in history the Rams took home the Atlantic 10 regular season title. Rhode Island also started conference play with an unprecedented 11-0, part of a 16-game winning streak during the season.

The season began with hopes of a second straight NCAA Tournament appearance and ended with a trip to the second round of the NCAA’s. With the end of the season came another first. For the first time ever, URI won NCAA Tournament games in back-to-back seasons.

That’s where the season concludes. But, fans won’t forget where this season began. Injuries to E.C. Matthews and Cyril Langevine early in the season certainly didn’t start the season off on a good note. However, as good teams do, the Rams moved on in the absence of two starters.

Rhode Island had two wins over Big East opponents in non-conference play. The Rams took down No. 20 Seton Hall at the Barclays Center in Brooklyn on Thanksgiving behind a 32-point performance from Jared Terrell and without the likes of both Matthews and Langevine. URI also won their annual in-state rivalry game against Providence College on Dec. 2 for the first time under Hurley, again without Matthews and just eight minutes from Langevine.

After the non-conference slate wrapped up, Rhode Island would begin their quest for their second straight A-10 Conference Championship and regular season championship. As time told, one of those feats would be accomplished. The Rams would take home the regular season title but fall to the Davidson Wildcats in the A-10 Championship game.

Rhode Island limped their way into the A-10 Championship weekend, having lost their last two games of the regular season. However, URI still managed to remain in the AP Top 25 Poll for a program-best seven straight weeks. The Rams reached their highest ranking in program history at No. 16 on Feb. 12.

In the heartbreak of losing a conference championship and finishing 4-4 in their last eight A-10 game, yet another first was accomplished for Rhode Island. For the first time in 20 years the Rams received an at-large bid to the NCAA Tournament. Rhode Island was placed in the midwest region as seven seed, the program’s highest seed in the NCAA Tournament.

The Rams would square off against the Oklahoma Sooners in the first round in a No. 7 vs. No. 10 matchup. Oklahoma, led by projected lottery draft pick Trae Young, stood in the Rams way of a second straight round of 32 appearance.

Rhode Island would hand Young and the Sooners an 83-78 overtime loss to advance to the round of 32. A match up with college basketball’s premiere program in the Duke Blue Devils would await. Unfortunately, this is where the story ends. Rhode Island’s senior and guard led squad was no match for Marvin Bagley III, Grayson Allen and legendary head coach Mike Krzyzewski. The Blue Devils would defeat the Rams 87-62 ending Rhode Island’s season.

Five seniors have left their marks on the URI program. Matthews, Terrell, Andre Berry, Robinson and Jarvis Garrett all have put the URI program is a much better place than it was when they arrived. These seniors committed here on a dream or vision that Hurley had. They leave having lived the dream and allowing new recruits to be sold on their history.

Due in part to the seniors, Hurley, Athletic Director Thorr Bjorn and University President David Dooley, Rhode Island basketball has become a household name in the Atlantic 10. This is only the beginning. 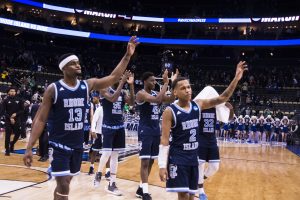 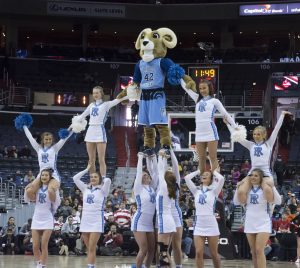 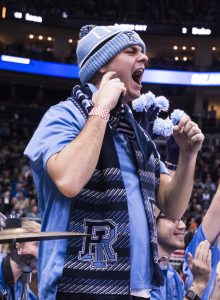 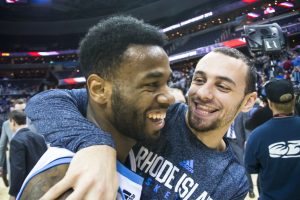 Photos by Autumn Walter |CIGAR| The Rams spent their Spring Break in Washington District of Columbia and in Pittsburgh as they faced Virginia Commonwealth University, St. Joseph’s University and Davidson College at the Atlantic 10 tournament. They went on to face Oklahoma University and Duke University in the first and second rounds of the NCAA Tournament. The Keaney blue were all out in full force at each venue to support the Rams, as they capped off another historic season.

From URI to Broadway and back