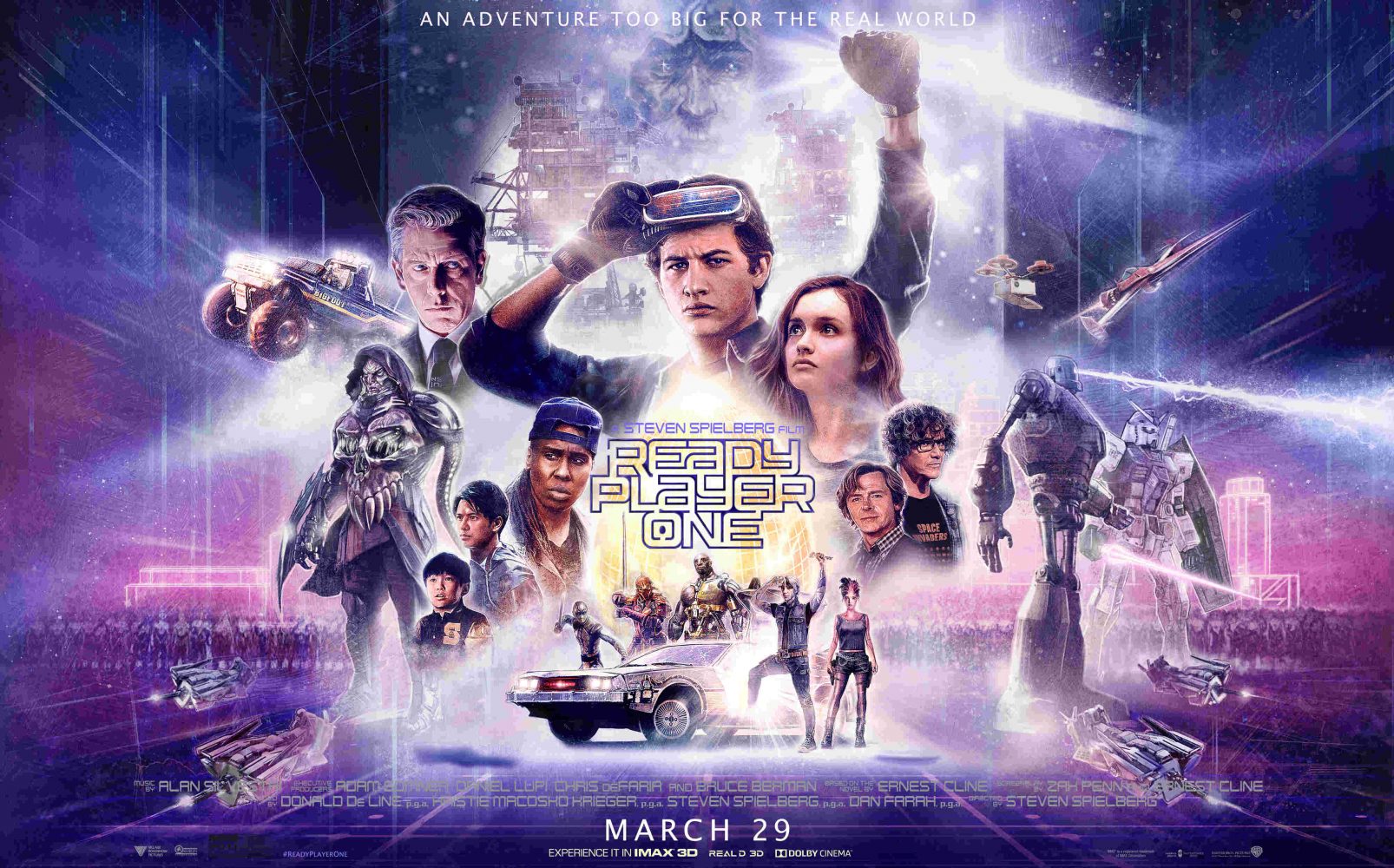 Back when Steven Spielberg, arguably the most famous and noteworthy filmmaker in history, announced that his next project would be an adaptation of Ernest Cline’s bestselling young adult novel “Ready Player One,” I was fairly surprised and mostly skeptical. The novel, a dystopian teen adventure story, is absolutely stuffed cover to cover with references and allusions to videogames, films, cartoons, and other pop-cultural touchstones. It seemed a very far cry from most of the work Spielberg has produced since the turn of the century, think 2012’s “Lincoln,” or, more recently, “The Post” from last year. He’s proven that no shift in tone or subject matter can throw him, as evidenced by the year 1993, during which he released both “Jurassic Park” and “Schindler’s List,” so I did not underestimate his ability to deliver a well-made film. Spielberg has always proven that he has an innate understanding of film, and even his worst offerings are worthy of consideration.

What I did find myself wondering is why Spielberg had chosen this specific source material to adapt. In a way, it seems perfect that a movie which celebrates pop culture, particularly that of the 1980’s, should be handled by the guy who created most of the stuff we feel nostalgic about in the first place. Still, I thought, shouldn’t a film like this be left up to the people who grew up with things that its story celebrates and revels in, so they can bring their childlike wonderment and genuine nostalgia into it?

As it turns out, I was being too skeptical. “Ready Player One” is a fun adventure film and an impressive visual spectacle, not just because of what it pulls off in terms of computer generated effects, but also since it manages not to be nausea-inducing and incoherent with everything that is going on within the frame. Like the novel, the film picks up in the year 2045, a time when the world has largely gone to ruin. The ultimate form of escapism has been realized in “The OASIS”, a virtual reality where people prefer to spend most of their time, especially as the real world crumbles around them.

The OASIS is the brainchild of the neurotic but kind-hearted genius James Halliday (Mark Rylance), who, upon his deathbed, creates a contest within the OASIS. The winner will receive Halliday’s vast fortune as well as control of the OASIS itself. When an orphan named Wade Watts (Tye Sheridan) becomes the first to complete Halliday’s first challenge, the world is thrown into upheaval, and it becomes a race toward the finish line that will determine the fate of their world’s most valuable resource.

The performances are solid all around, which is a good thing because the characters are necessary to maintain the sense of fun and adventure that keeps “Ready Player One” from confronting some of the bleaker realities of its plot head-on. Sheridan is as good a protagonist as this film could have asked for, which is to say, he keeps us invested in the story without ever getting too sentimental or melodramatic, and he works well opposite Olivia Cooke’s Samantha, who seems like a stronger, more interesting character than Wade most of the time, but she was probably too competent to have been the protagonist. Mark Rylance continues his very successful partnership with Spielberg as the wizard-like mentor figure of James Halliday, who provides quite a bit of comic relief and heart to the story, with a hint of sorrow. Ben Mendelsohn appears as Nolan Sorrento, a villainous businessman seeking to gain control of the OASIS with brute force and money, rather than the videogame skills and “fanboy” spirit which will no doubt carry our heroes through to the end.

The plot unfolds a typical “hero’s journey” fashion, which actually services the film somewhat, emulating the progression of a videogame as the protagonists bounces between action setpieces in search of three hidden keys. While the story moves along well enough, and all the pieces are on the board where they ought to be, the film suffers from a fate commonly seen in book-to-movie adaptations. Some elements seem to have been dropped from the story in transit from page to screen, and the screenwriters sometimes failed to compensate. As a result, some elements of the story, specifically a few emotional beats and the formations of relationships between certain characters, feel rushed and unearned in the context of the movie.

One of the biggest draws of the film, certainly from a marketing standpoint, is the freedom afforded by the fictional video-game setting to stuff the thing with references to all of our favorite games, movies, television shows, and more. This at once seemed like a red flag to me, because I have seen entire films which are so reliant on references to other or previous works, especially when it is a reboot or a sequel of some beloved classic, that they fail to form their own identity and just remind you of things you’d rather be watching. I can say with relief that the references do not obstruct the film, and an unfamiliarity with the things being referenced will (for the most part) not leave a viewer lost within the film. While these references are often superfluous, they are welcome additions to the world of “Ready Player One.” In some cases the references work in the films favor, especially in the case of one of the more memorable sequences set within an iconic horror film. It must have been quite the thrill for Spielberg to tread the same ground as an old friend and contemporary of his.

So, all in all, “Ready Player One” is a great time at the movies just like Spielberg has been delivering since “Jaws,” it is accessible to nearly everybody, but will surely hold a different experience for all who watch it, based on how pop-culturally literate they may be.