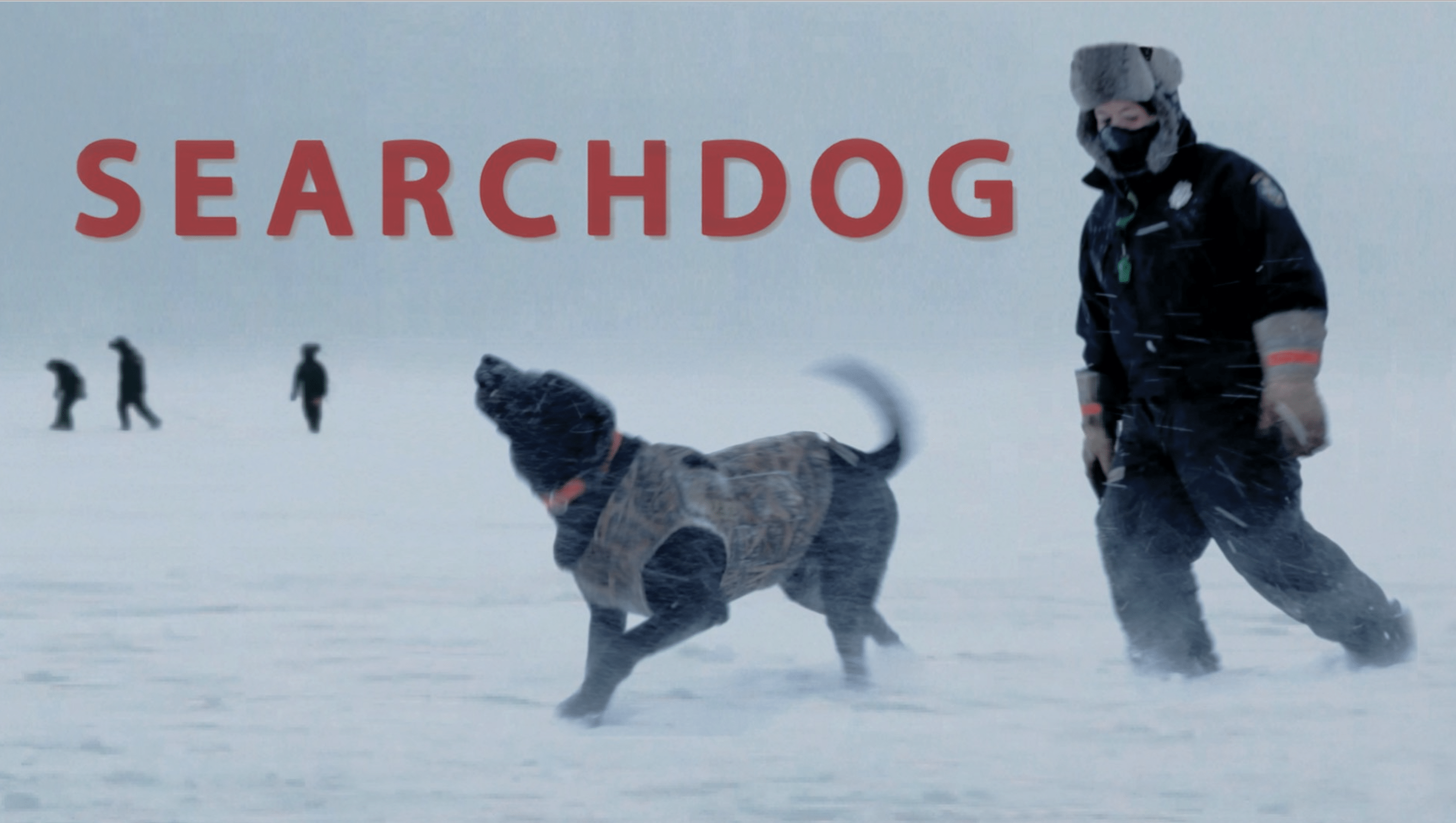 “Searchdog,” tells the story of a group of search and rescue specialists and the bonds they have with their canine companions as they train “unadoptable” dogs to become heroic figures. The film reveals that the development of trust in dogs can be the difference between life and death for missing people.

After taking graduate documentary filmmaking classes at Emerson College, Mary Healey Jamiel discovered her love for the genre. Her founded love influenced her to later direct “Searchdog.” Jamiel was originally interested in focusing mainly on the anatomy of a dog and how they’re able to pick up on different scents and things of that nature. She got in touch with Matthew Zarrella, a Search and Rescue specialist and was able to observe Zarrella’s team and how he trains “unadoptable” dogs to become search and rescue dogs.

Jamiel began observing the team in March of 2010 but wasn’t called to her first search until that following August where the team was conducting a search for a missing child. The five months spent observing the team benefitted Jamiel as she prefers spending time with her subject prior to filming. Finally getting to see the team in action was a big deal for her as she could begin filming.

“Something that I had observed in training was finally happening,” Jamiel said. “[From] viewing the training, I was able to predict what was going to happen.”

However, working with the search and rescue team was difficult at times.

“Working as a team of one, and sometimes a team of two, you can’t get multiple angles. It easy to miss things,” Jamiel said. Ayla Fox, a URI alumna, assisted Jamiel at times with the process of filming “Searchdog.”

She noted how completely calm and courageous this team of specialists were based on what they go through and what they see regularly.

“What these canine handlers [specialists] see in a week or a month would traumatize us,” Jamiel said.

Jamiel had a goal in mind of what she wanted to highlight. She wanted to show how bright and intelligent these dogs are and how much information they’re constantly taking in during a search.

“I wanted to show the complexity of these jobs. They’re not just cute. They’re incredibly intelligent beings,” Jamiel said.

Jamiel concluded filming the team in 2014 and immediately went into post-production.
Once the film was finished she began to send out her film to various festivals. Jamiel has been very satisfied with how “Searchdog” has been received through festivals. The film made it world premiere at the 2016 Palm Springs International Film Festival.

“I wanted the viewer to feel the pressure a K9 search and rescuer feels and how incredibly high the stakes are when they set out to find someone with a dog,” Jamiel said. “With what we had, I’m really proud of the story we’ve created.”