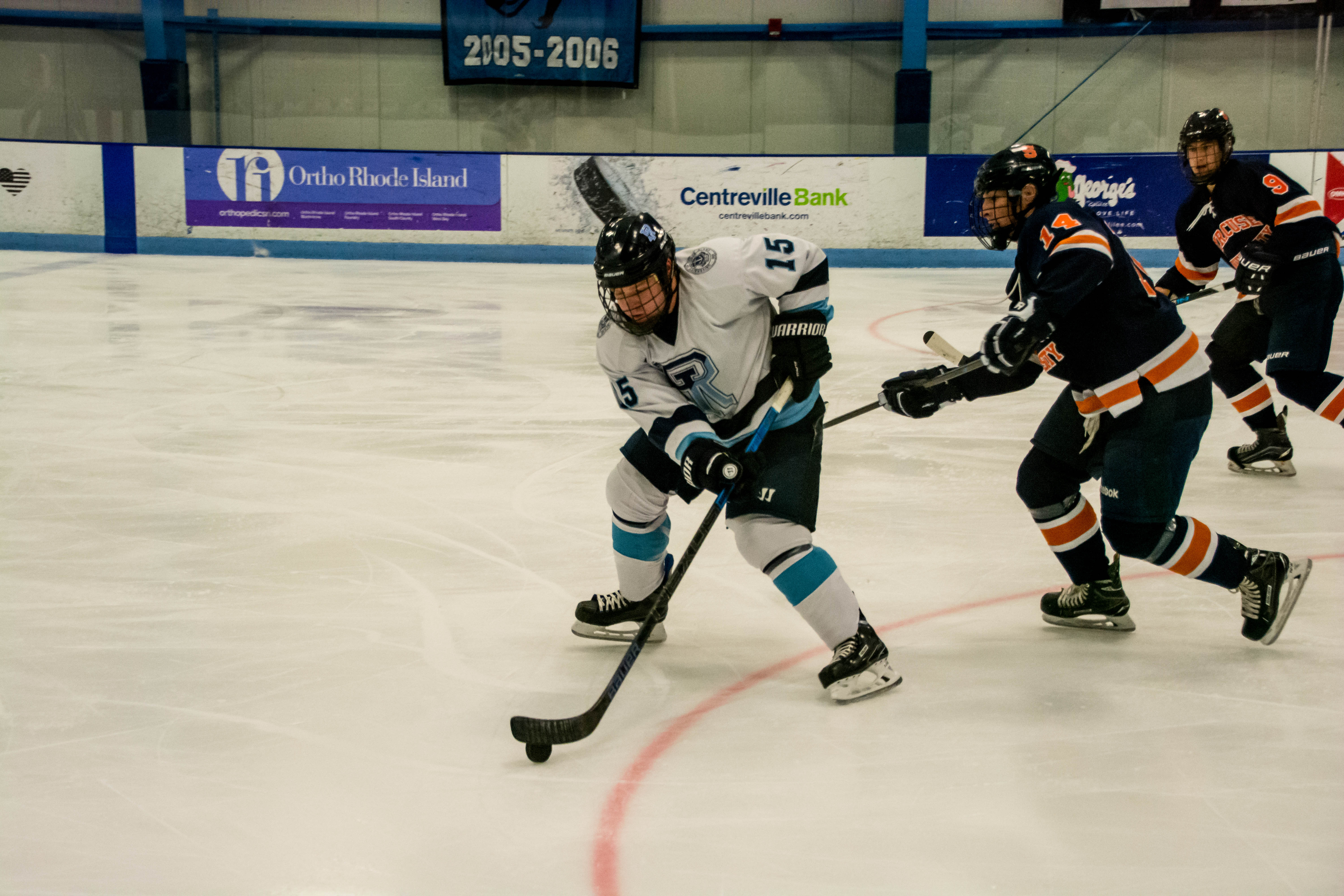 After steamrolling past Towson last weekend, the University of Rhode Island men’s ice hockey team suffered two losses to Syracuse in their first home series of the season.

Friday night’s home opener went nothing like last weekend’s victories, as the Rams left the ice with a 6-1 loss to the Orange. The defeat started early, as nine seconds after Alexander Lund went to the penalty box for boarding, the Orange were on the board.

Adam Bedford put Syracuse up 2-0 later in the first period, and a power-play goal early in the second made it 3-0. The Rams survived the second without any more damage and came out hungry in the third with a goal from Jonathan Alsfeld just over a minute into the frame.

Unfortunately, Syracuse finished the third period on three unanswered goals, the first one just 57 seconds after Alsfeld put Rhode Island on the board. On both sides of the puck, URI failed to execute as efficiently as they did at Towson just a week before. Head Coach Joe Augustine, in his 30th season with the program, recognized the issue as an improvement in the competition.

“You play some teams that are not as strong, you can get away with stuff,” Augustine said. “We talked about giving them a false sense of security of what they did last weekend, how the pace is going to be quicker and better.”

Saturday’s game was a different story. While URI found themselves trailing 1-0 early again, they came back with two goals in the second period to take a 2-1 lead and their first of the series.

Defenseman and alternate captain Eddie Cordero took a shot from the blue line on a Rhode Island power play, and sophomore Patrick Creamer tipped it in for his second goal of the season. Cordero found Luke Vendetto for the second goal shortly after the Rams had successfully killed off a penalty, putting them in the lead.

Eventually, Cordero found the net, giving the Rams a brief 3-1 lead toward the end of the second off of a slapshot. Just a few minutes later, Syracuse brought it to 3-2 off of a power-play goal.

The Rams then went on a five-minute penalty kill after Nick Centauro was called for a penalty and ejected. They were successful, but with about five minutes left in the game, Syracuse scored two straight goals and eventually won the game 4-3.

“I think we battled for pucks better than we did yesterday,” Augustine said on Saturday. “We stopped on pucks better. But when people are going to be selfish and take bad penalties, then you’re not going to win. We spent way too much time killing stupid penalties. Ketzenberger and DeSilva played unbelievable. If I were them, I wouldn’t be too happy with the people in front of me.”

The Rams will stay home this weekend to host NYU another divisional opponent, followed by a visit from Drexel University the week after. Rhode Island will travel to Stony Brook after the homestand to face their third divisional opponent of the month.

“You play like that, this weekend,” Augustine said. “We’ll be 0-6 by the end of the month. There’s no doubt about it.”