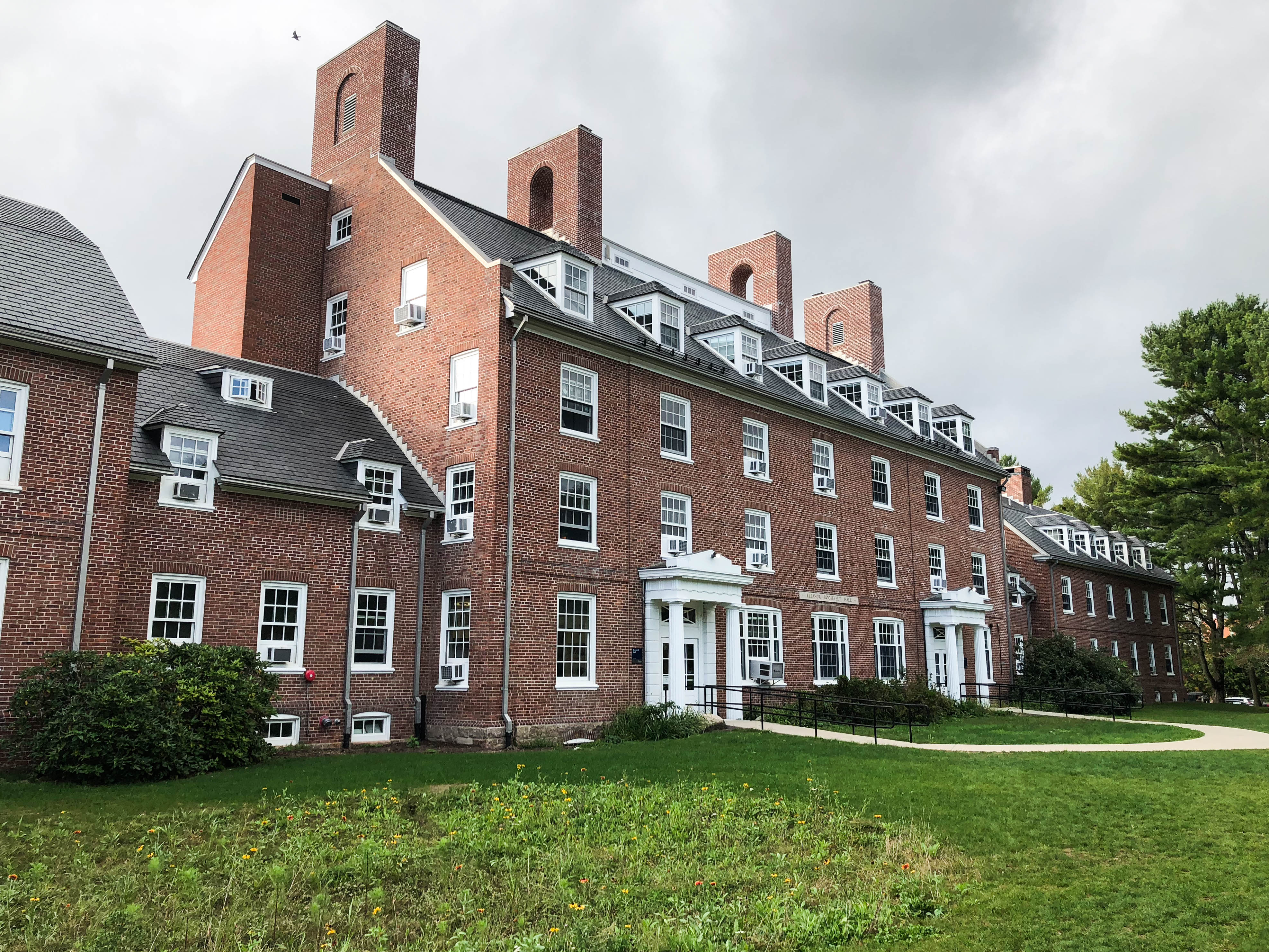 Photo by Melissa Pellegrino | Renovations on Roosevelt Hall to preserve the historic building were completed in Spring of 2017.

Two state offices have worked together to award Eleanor Roosevelt Hall a Rhody award for the University of Rhode Island’s efforts in preserving the historic significance of the building.

A Rhody award honors organizations in their endeavors to preserve historically valuable sites across the state. Roosevelt Hall is receiving a Preservation Project award for the exterior restoration. Construction on the building began in November 2014 and included window replacement, replacing the existing masonry with mortar, replacing the roof and rebuilding the chimneys. In total, $2 million was spent on the building.

Brewster Thornton Group Architects worked closely alongside the Capital Projects Office at URI to oversee and complete the renovation. Before the project began, the company completed a walkthrough of the building, noting what details were important.

“We did mock-ups and designed a window that would replicate what was there before,” Barbara Thornton, a founding partner of BTGA said. “I thought that URI did a very good job of using several different sources of funding to bring a nice comprehensive upgrade of the building’s exterior. They took the care and the time to get real slate work, windows that match the detailing. Not every person on earth is willing to take the time and making things accurate like that.”

The Capital Projects devotes a meaningful amount of time into making sure the restoration and preservation of historic buildings on the Kingston campus maintain their identity. URI is a land and sea grant institution with numerous buildings on the historic registry, requiring the agency to consult with the Historic Preservation Committee when refurbishing structures.

“We have a heritage, we have a legacy,” Paul DePace, director of Capital Projects said. “[Roosevelt Hall] says something about our attention to detail, our recognition of our responsibility to preserve the historical character of the Kingston campus.”

The Rhode Island Historical Preservation and Heritage Committee will be presenting URI with the Rhody award. They are the state government office for the preservation of buildings on the national historical registry and work with communities and organizations to protect historic sites.

Collaboration between the three groups was essential to the project, as the work completed was made to look as authentic as possible. An extensive amount of detail was put into identifying how the original elements were completed when replicating them.

“The historical preservation commission understands that manufacturing processes are different now, materials that might have been used then are not available or appropriate now,” DePace said. “It’s an interview, an agreement and a sign-off. This is practical, this is the best approximation that can be made.”

The award will be given to the University on Oct. 21 at the Belcourt Mansion in Newport.