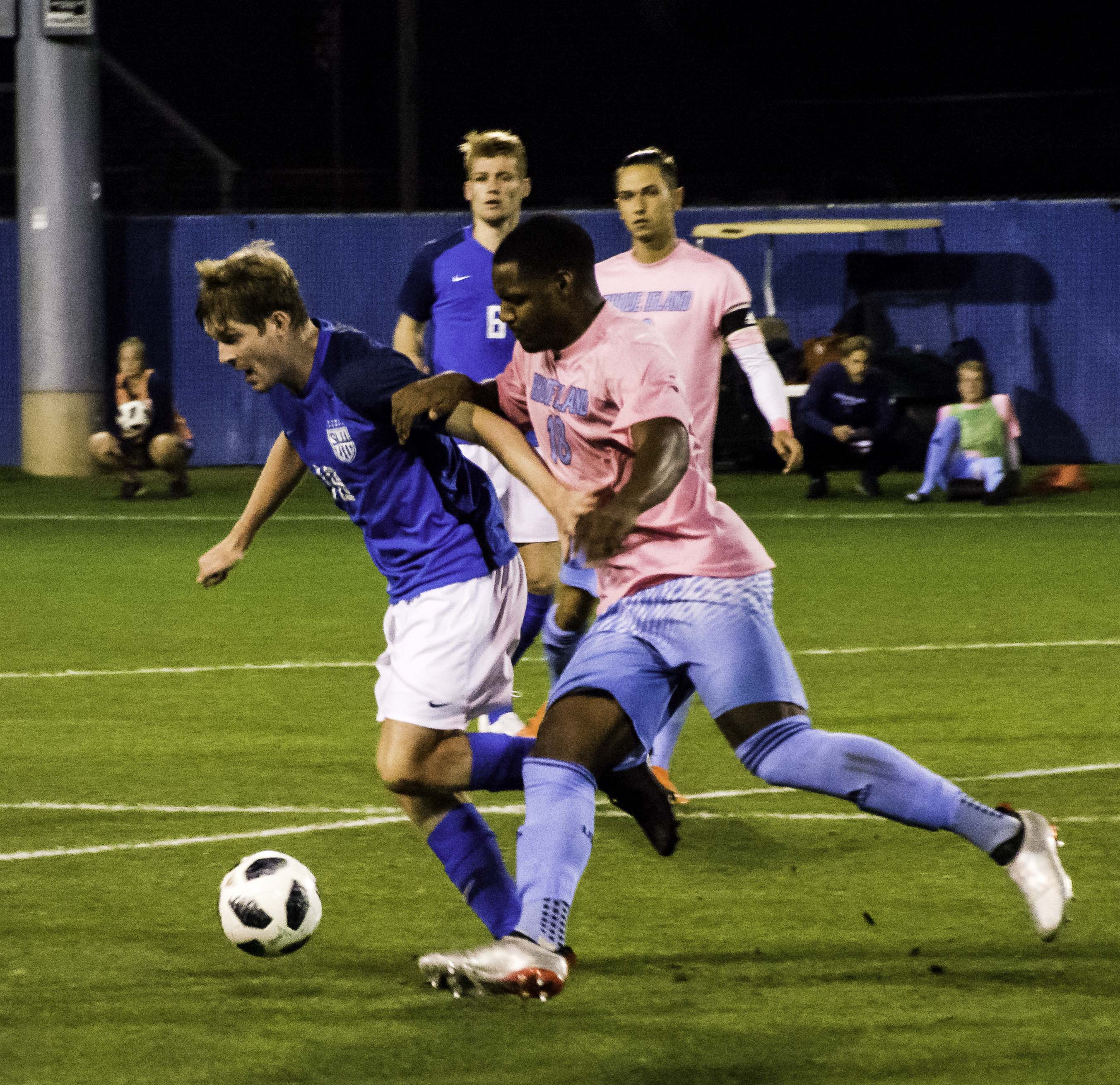 The Rams first squared off against the Billikens from SLU and wasted no time in showing their dominance. Less than two minutes into the contest, Edvin Akselsen came up with a turnover, then found Chae Brangman in front of the net for an easy goal.

Coach Gareth Elliott cited the early lead as one of the driving factors behind the victory. “We took an opportunity,” Elliott said. “They turned the ball over in a bad area and we just capitalized. It’s nice when you can jump on teams early on and get a lead like that, but I just think we have some dangerous attacking players that at any point can start scoring.”

It was an important bounce-back game for the Rams, who were coming off the heels of back-to-back losses to Brown University and Fordham University. “I think we started to defend a little better,” Elliott said. “In the game before against Fordham we really didn’t defend really well and that’s what the start of the season was built around, good defending. As I tell the guys all the time, good defense leads to good offense.”

After dispatching the Billikens, the Rams handled the Bonnies in the same fashion. The second game was full of many storylines, including a multi-goal performance from Dominik Richter.

Richter, a senior from Germany, opened the scoring only 13 minutes into the contest. He kept his pace of play high throughout the game, tallying another strike 34 minutes into the game. Coach Elliott had high praise for his standout senior. “Dom does it all, he can score goals, set up goals, he’ll defend. He’s like the team’s coach on the field. He’s a motivator, he’s hard-working, he’s very competitive, he really wants to be successful. He’s definitely an invaluable part of the team.”

Richter’s second goal proved to be the game winner, but it had an added layer of importance for the team. Richter scored a mere 57 seconds after the Bonnies had equalized, taking the wind out of the Bonnies sails. “I think that’s kind of deflating for a team,” said Elliott. “They equalize and then less than a minute later they’re losing again. I think that helped us over the course of the rest of the game, that we were able to get the lead back so quickly.”

During the course of the second game, Akselsen tallied his third point of the week. The redshirt freshman found the back of the net against the Billikens, then added an assist in each game for good measure. For his efforts, he was named Co-Rookie of the week in the Atlantic-10, along with Davidson’s Henry Howell.

“We knew he would come through, he’s a quality player,” said Elliott. “It’s starting to shine through what he’s capable of. I don’t think he’s hit full stride yet which I think might be kind of scary and he has a lot more to give us. He’s got great skill and great awareness.”

The Rams are back in action Saturday, facing the Dayton Flyers.