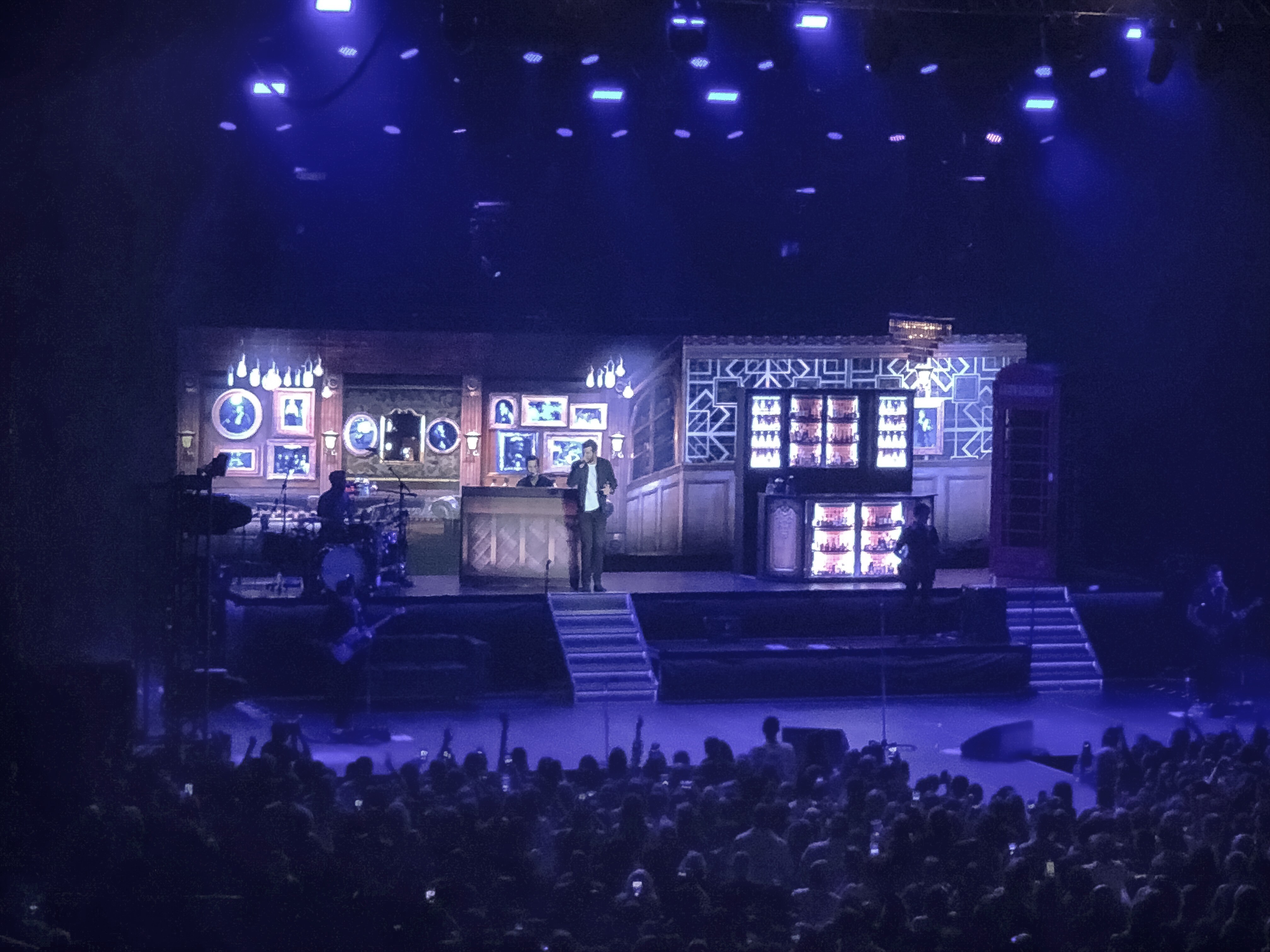 Photo by Jake Kraus | Brett Eldredge performed to a rowdy crowd on Oct. 11.

When purchasing a ticket for Brett Eldredge’s The Long Way tour, fans were likely expecting a fun night out full of country music. What they probably weren’t expecting was for Eldredge to bring out his dog, Edgar, and see numerous bras thrown on stage.

Eldredge brought Edgar on stage to do a trick that consisted of balancing a treat on his nose and catching it in his mouth on cue for the fans, after singing “No Stopping You.” Edgar has also made an appearance in Eldredge’s recent music video for his song, “Love Someone.”

“He’s the star of my new music video,” Eldredge said. “He’s been my partner in crime about two and a half years.”

After five songs, a female audience member took her bra off and threw it onstage at Eldredge during the song “Don’t Cha.” Not letting it phase him, he continued on with the lyrics and kicked it to the side. The bra throwing did not end there as another was thrown onstage during “The Long Way.” A minimum of three more appeared on stage while Eldredge was singing “Lose My Mind.”

Besides the uncertainty of the desire to throw their bras at this country singer, I can assure you that Eldredge entertained the audience for the full night on his own. He started out the night exiting from a telephone booth prop with an elaborate backdrop opening with the song “Reason.” Right at that moment he had fans up on their feet singing along. Even more joined in during the next song, “Something I’m Good At.”

Midway through the concert, Eldredge shared how amazing it felt to be singing in front of large crowds. When he was first starting out in Nashville there were times when he only had two person audiences.

“Mean to Me” evoked pure emotion from the audience. The instrumentals stopped and the crowd continued to sing with Eldredge while shining their phone flashlights. A moment like this is one that concert goers live for in the moment. Eldredge said this moment is a special one he will always carry with him.

Towards the end of the concert, Eldredge brought back his opening performers, Abby Anderson and Devin Dawson to sing “I’ll Make You Crazy.” All three of their voices blended well during this song. Throughout the concert, he was big on encouraging fans to live in the moment. He sang “Beat of the Music” for a final song with fans still on their feets singing along. Due to popular demand he came back on stage for an encore of “Drunk on Your Love.” While Anderson and Dawson did their best to get the crowd excited, Eldredge owned the show and gave the performance that the majority of his fans had anticipated.

Fans were of all ages at the concert. There were URI students, along with adults and some young children. URI student opinions were split when it came down to deciding whether this fall’s country concert with Eldredge was better than the spring’s with Cole Swindell.

‘The Call of the Wild’ is a bland adventure