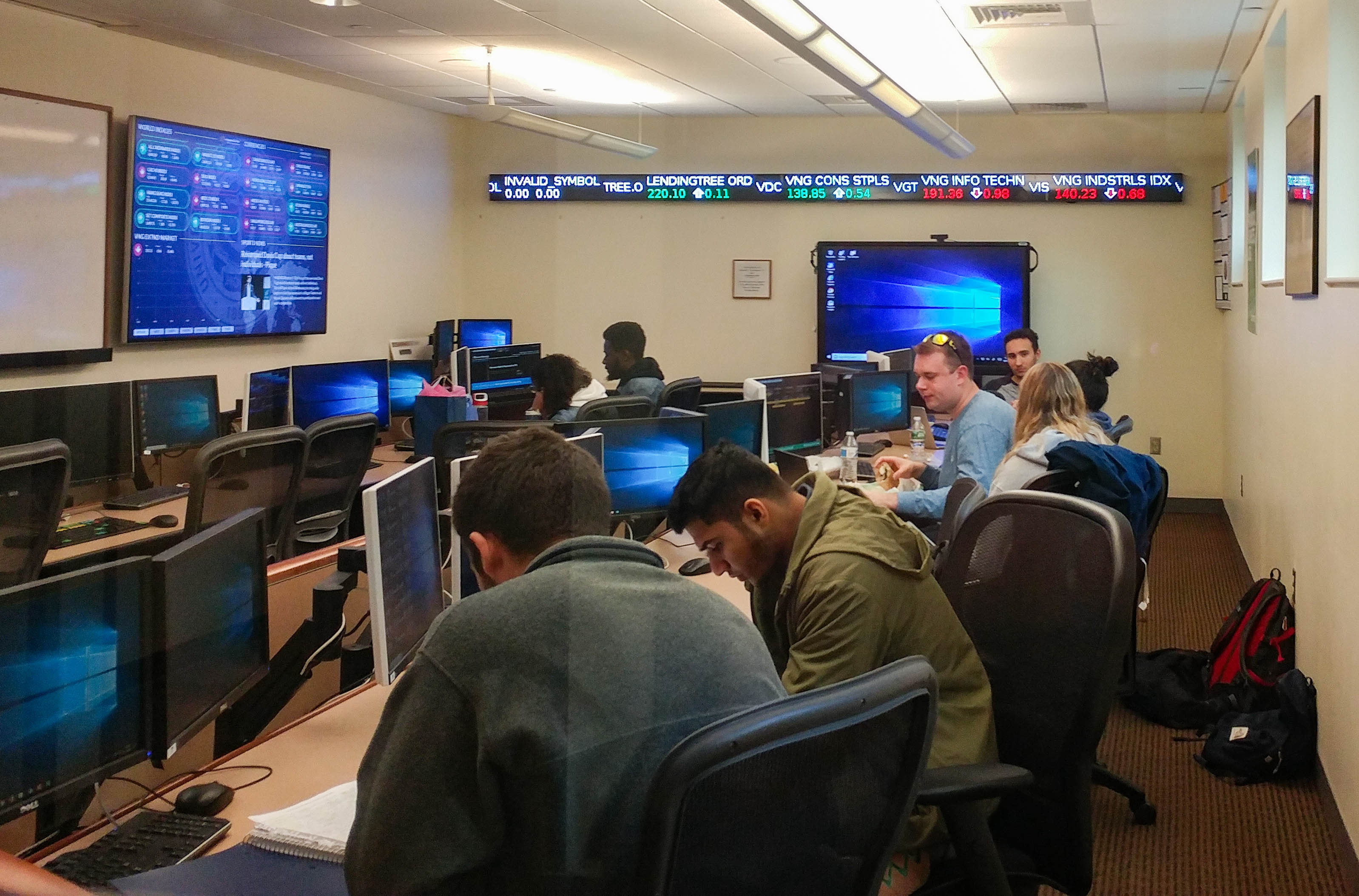 In 2001, the University of Rhode Island’s Alumni Association put forth $100,000 for a mid-cap hedge fund, allowing a select group of students in the College of Business to trade and reinvest the money in the stock market.

The course is taught by Professor Michael Ice, who joined the URI faculty after 30 years of working on Wall Street. Fifteen students are selected for the course each semester and must fill out a brief application for consideration.

Students in the Ram Fund course are responsible for trading stock that can be turned into profit, and then reinvested back into the original $100,000. In the 17 years that it has existed, the fund has grown to $425,000. Students enrolled have full access to the Sherman Trading Room inside Ballentine Hall.

“You come to work just like you’re in the real world, its real money,” Ice said. “If I don’t have the top 15 students, the model doesn’t work. If you don’t have self-motivated, self-learning, self-starters, then you have to do things like lecture and have textbooks and take tests. In this case, we don’t do any of that. They come in, and they’re analysts of a hedge fund.”

Students have the ability to invest in companies that have a new worth of $200 million to $10 billion. With companies of this size, there are more opportunities to find value and make informed decisions about when to buy, sell and hold.

“We fundamentally look at companies,” Ice said. “We decide what we think the company is worth, look at the market, see what the market thinks it worth.”

Ice estimates that students enrolled in the course typically spend 20 hours per week outside of the classroom. They are also taught how to use Bloomberg Analytics prior to entering the course, using the program in addition to Microsoft Excel to decide when and where to invest.

“They’ve sat in the classes and studied the text and taken tests and learned something, now they actually get to apply it in a real-world atmosphere, and they’re competing against professional managers, and its real money,” Ice said. “It’s the epitome of experiential learning.”

At the end of the semester, students present their work in front of 50 analysts at Fidelity Investments. Each student is allowed three to four minutes, and there is a question-and-answer session at the end.
“It was interesting to pitch it to them because they know more about the topic than we do, and they asked us high-quality questions after,” Nils Leifhelm, a graduate assistant in the College of Business who went through the whole process, said. “They do this as a day to day operation, so to be able to talk to them and receive feedback front them, it was definitely helpful.”

Leifhelm also noted the benefits of participating in the course, stating that the real-world experience he gained was incomparable. He added that Professor Ice values the students’ work, giving him a sense of gratitude and pride.

“We did nothing less than what a basic hedge fund would do in their day to day basis,” Leifhelm said. “We have a lot of responsibilities, it’s no small job. Day after day, I thought it was the course where I learned the most out of all four of my years.”

In 2017, the students who managed the fund beat their benchmark by over five percent. On average, the three-year benchmark is beat by about 3.5 percent.