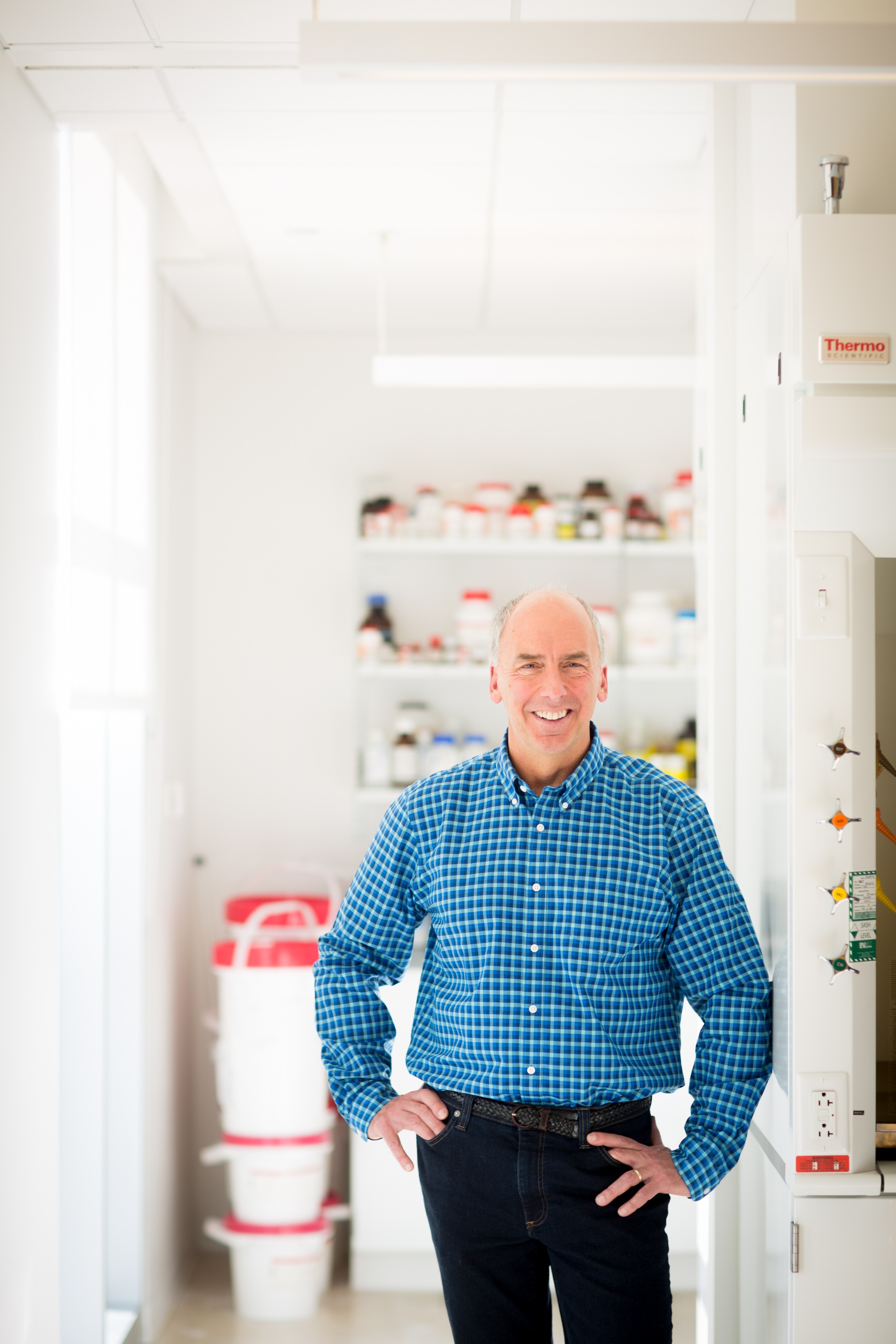 William Van Nostrand of the George and Anne Ryan Institute of Neuroscience is leading research into the vascular mechanisms behind Alzheimer’s disease.

Van Nostrand is The Herrmann Professor of Neuroscience, a distinguished faculty position within the institute. His position is funded specifically by Thomas Ryan, who was the President of CVS from 1998 to 2011. Herrmann is the maiden name of Ryan’s wife, who was a partner in creating the institute.

“We do study Alzheimer’s, but a lot of our focus is on cerebral amyloid angiopathy, which is a component of Alzheimer’s disease,” Van Nostrand said. “It’s a condition that coexists with most Alzheimer’s patients.”

According to the National Institute of Health, Cerebral amyloid angiopathy (CAA) is a condition in which amyloid, a starch-like deposit, builds up on the walls of the arteries in the brain.

“I was intrigued by what was going on here and what the mission was of the Institute, to try and develop a focused Alzheimer’s research program,” he said. “I saw this as an opportunity to get involved while it’s being formed right now to try and help shape it for the future.”

Van Nostrand left his position at Stony Brook University last summer to join the Institute, and named Institute founder Tom Ryan as a major influence into his decision to make the move. He focuses on the influence of vascular mechanisms in CAA, and how they relate to Alzheimer’s disease.

“Most Alzheimer’s research focus on things going on outside of the blood vessels,” Van Nostrand said. “There are problems that need to be investigated within blood vessels.”

His research into this idea has been ongoing for upwards of 25 years, and began at the University of California Irvine. Currently, the only diagnostic method is by imaging. However, the diagnosis typically happens when the disease is late stage after the damage is already done. He hopes to develop biomarkers that can detect the disease earlier.

“A lot of the work has shifted into utilizing model systems, where we are doing preclinical testing on drugs and interventions that could either block amyloid accumulation or suppress some of the bad things that happen along the way,” he said. “We are also researching the development of new biomarkers.”

Van Nostrand is collaborating with a group in the Netherlands, made possible through a $3.3 million grant from the NIH. He was awarded the grant in June 2018. Doctors in the Netherlands have a critical clinical component to his research.

In addition to conducting research at the Institute, Van Nostrand is also an accomplished triathlete, which has inspired him to research the correlation between healthy brains and healthy lifestyle habits. He has been running triathlons for 20 years, and said for him it is a good mental release.

“A lot now can be done with younger people in terms of lifestyle,” Van Nostrand said. “Lifestyle factors have shown to be very important in the development of Alzheimer’s disease and other late onset diseases.”

Van Nostrand said that it is important to adopt and continue a good lifestyle, including no smoking or excessive drinking and maintaining a good diet and exercise routine.

“Adopting that type of lifestyle is the best thing that people can do these days,” Van Nostrand said.

Van Nostrand is confident in the progress of research into the cure of Alzheimer’s disease over the past decades. He specifically acknowledges that progress in this research is a group effort.

“I think that there will be strides made in having earlier intervention. We may not cure the disease, but we may delay it five to 10 years, which is a real big deal. That’s a major contribution. I do expect that we are going to make progress even though it’s a slow go, but that’s science,” he said. “No one group is going to solve Alzheimer’s disease. It’s really a collective effort.”