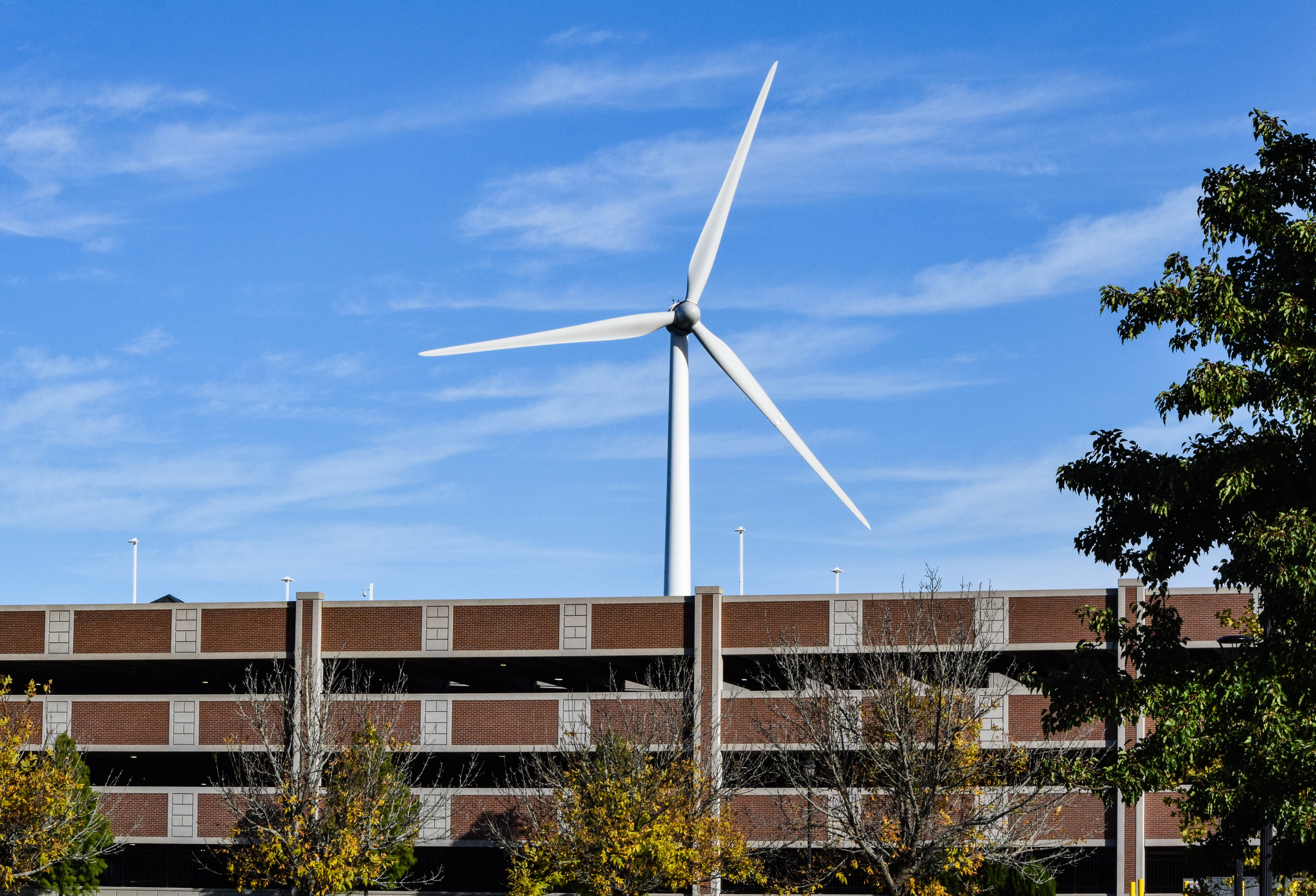 A professor at the University of Rhode Island has discovered that noise generated by the wind farm located off the coast of Block Island is not loud enough to disturb local marine life.

The wind farm, which is the United State’s first offshore wind farm, is located approximately four miles off the Block Island coast. The five-turbine wind farm was built in 2015.

James Miller, an ocean engineering and oceanography professor at URI’s Narragansett Bay Campus, has been involved with research regarding the Block Island wind farm since it was in its planning stages. Miller said in the mid 2000s, a team of URI researches was assembled to examine the effects the proposed wind farm would have on various aspects of the local environment.

“One [aspect] had to do with the effects of underwater acoustics, or underwater sound, on mammals, and that I was involved in,” Miller said.

In this instance, underwater acoustics refers to the noise that the wind farm emits into the water or seafloor sediments around the turbines. High noise levels in the water would have the potential to disrupt different types of marine life.

Once the wind farm began operating, Miller and his team conducted different tests to determine the amount of noise being emitted by the turbines.

“We monitored in two seasons, sort of a summer-fall profile and a winter profile because the water conditions are different,” Miller said. “The temperature and the salinity are different, and the currents are different.”

The testing found that the noise levels produced by the wind farm were relatively quiet. A contributing factor to the low level of noise produced by the Block Island wind farm is because new, technologically advanced motors were used in the turbines.

“You can barely hear it, it’s barely detectable and if there’s any ships or wind or storms you can’t hear it,” Miller said. “If it’s quiet and there’s no ships, you can just hear a little buzz, like a modulated tone.”

During construction of the wind farm, which involved hammering steel pilings into the seabed, Miller said testing showed the noise was loud, which was expected.

“The reason BOEM [Bureau of Ocean Energy Management] funded us was to help catch where the technology was, how loud they would be and how much this would affect fish, whales and other sea life,” Miller said. “The bottom line is construction was loud but it only lasted 12 or 15 days, and then operational noise is much lower.”

The team’s discovery is important for wind farm development across the country because it shows post-construction wind farms do not present a high risk for disruptive underwater noise. The research finding can potentially help further arguments in favor of wind farms.

Miller and his team’s research is at the forefront of offshore wind farm development. This has led to the team being invited to speak at numerous conferences. Additionally, they have been asked to collaborate on other projects along the East Coast because of the research they have done with the Block Island wind farm.

“This is important for Rhode Island,” Miller said. “Rhode Island has the first offshore wind farm in the United States in its waters. That’s pretty exciting, and the fact that URI was involved was very exciting. We’re actually involved with the next wind farms that are being built along the coast in Massachusetts, Maryland and Virginia.”

Miller said underwater acoustic testing may be simpler in the Maryland and Virginia sites because the marine geology is more complex in New England ocean waters. He said the team will learn more about the underwater acoustics from wind farms when testing at the new sites, but he generally expects the results to be similar to the findings from the Block Island wind farm.