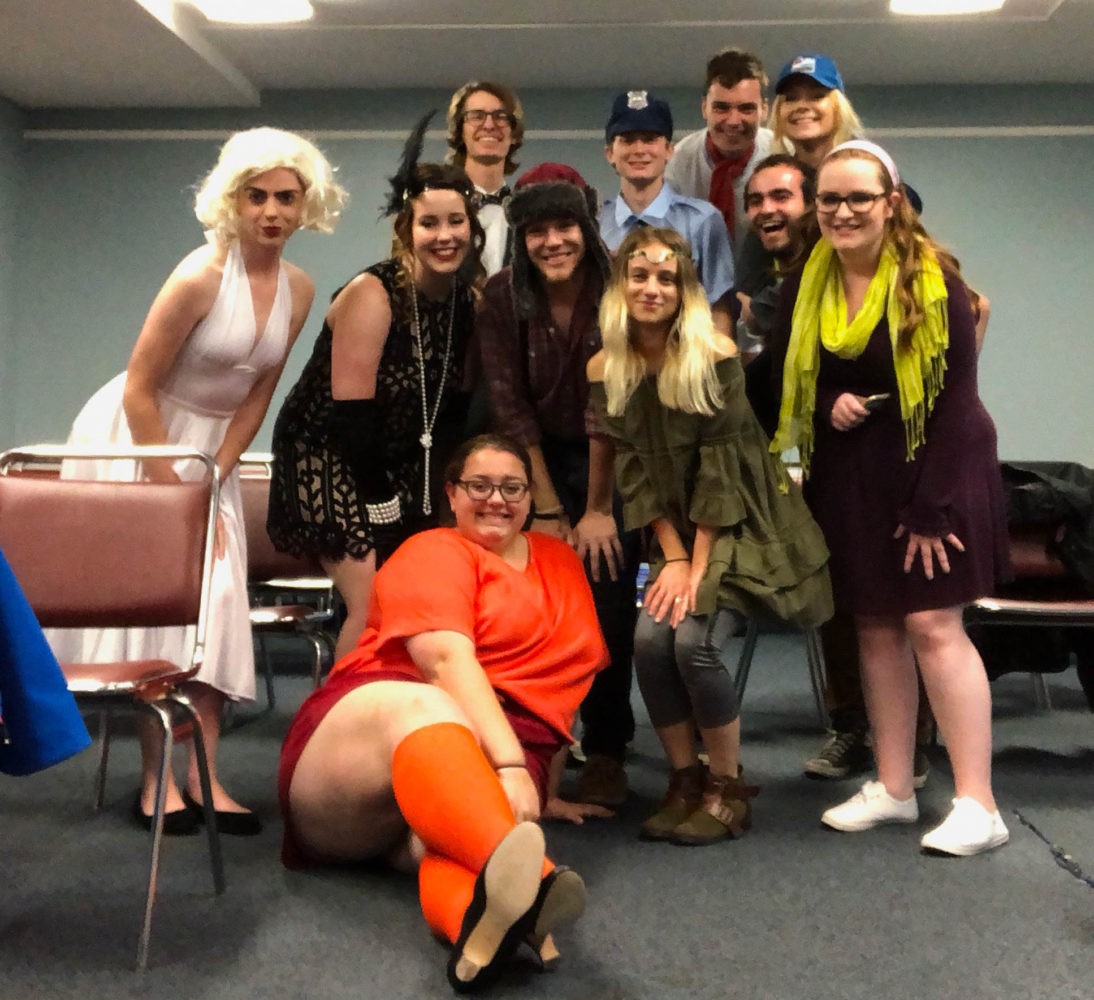 Rhody Ridiculousness, the student improv troupe of the University of Rhode Island, performed a “Spooktacular” Halloween-themed show on Oct. 19 in the Memorial Union. Around 30 people gathered in Atrium one at 7 p.m. last Friday night for a night full of random quick thinking.

The members of the troupe were dressed as Marilyn Monroe, a police officer, an elf and the cast of “Scooby-Doo,” in spirit of Halloween. The show hosted improv games such as “Tap out,” “Guess the Phobia,” “Late to a crime scene” and many more.

Most of the games involved actively engaging with the audience as the troupe spontaneously reacted to their input, which seemed to be the highlight of the show. The room was filled with constant laughter with occasional breaks of silence as the troupe would explain the rules of their games to the audience.

“You have to be prepared for anything and everything,” Chris Alves, Vice President of the Improv troupe said. “It’s improv so things can go wrong really quick and you just have to be really adaptable.”

The members of the troupe pretended to be afraid of oxygen, date Spongebob, solve a crime scene where the murder weapon was a microwave and even addressed the issue of how “normal buses came from the horrible accident of splitting of double-decker buses.” The audience also got to see how situations turn out at a pretend game called “Weekend at Bernie’s.”

“Its hard, cause when a scene is happening, you might have a really great idea for a direction and then one of your teammates takes it somewhere totally different,” Ryan Hecht, Treasurer of the club said. “You have to just adjust on the fly, keep it going and keep it fun.”

Even though there was a rather small crowd, the overall reaction of the audience was positive and enthusiastic. “It was absolutely hilarious,” Alia Alsanea, a sophomore at URI said. “It was a fun way to destress at the end of the week.”

The improv troupe was founded last spring. “Our mission statement is: serving the community through laughter,” Allison Lantagne, President of Rhody Ridiculousness said. “There’s a point every year where the troupe isn’t afraid to look a little silly and lets its self-consciousness go. That’s what we strive for here.”

Rhody Ridiculousness’s next open rehearsal is going to be on Nov. 1 in the Memorial Union Gallery at 6:30 p.m. “All are welcome to participate or simply watch. We invite everyone to come join us,” Hecht said.