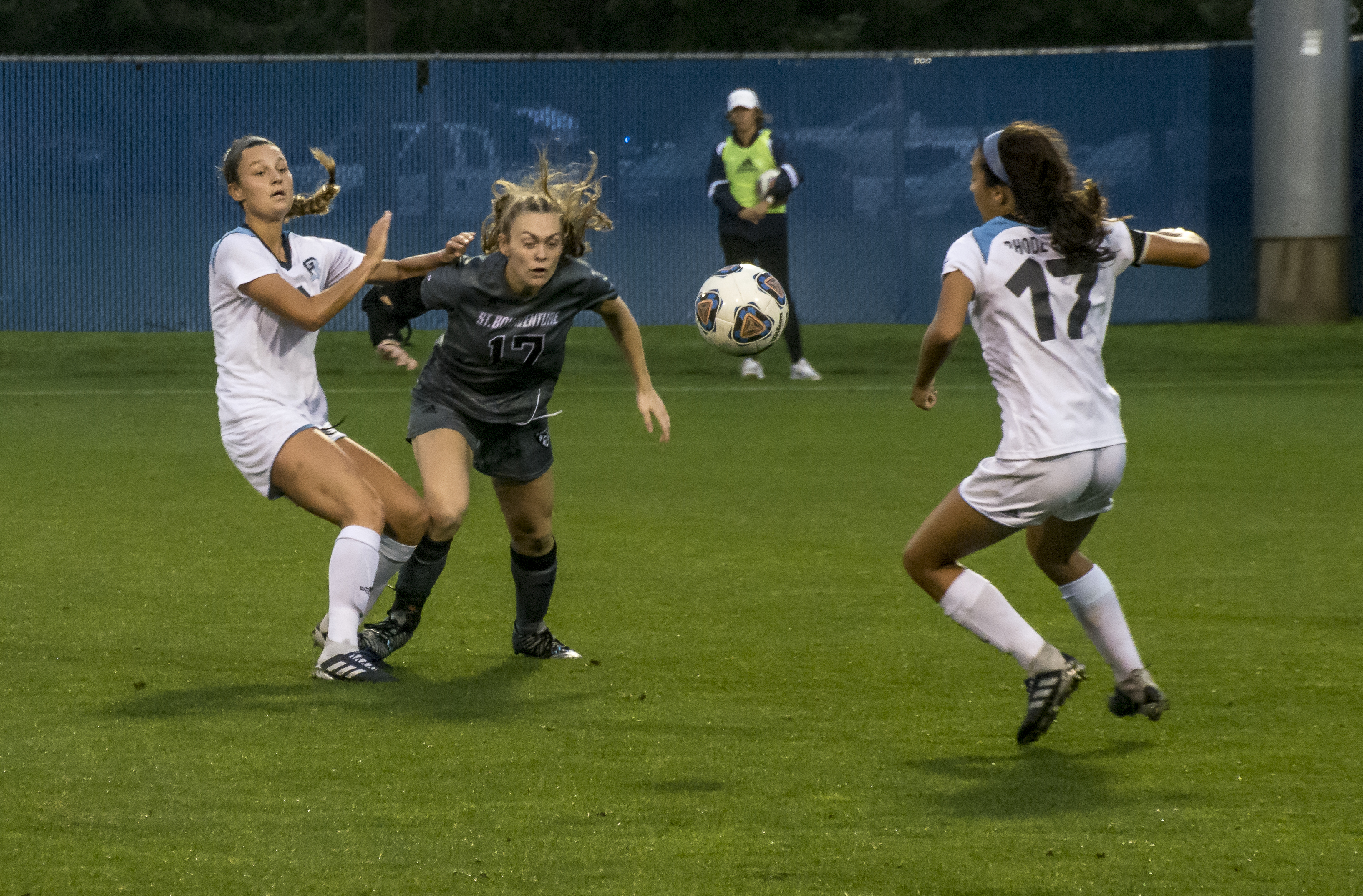 Autumn Walter | Stock photo from URI vs St. Bonaventure; Women’s soccer has yet to win a game this season.

The Rams faced off against the Saint Joseph Hawks, Virginia Commonwealth University Rams and George Mason to complete their home stretch and the remaining away game of the season.

URI faced off against the Rams of VCU last Wednesday in their last home game of the season.

Rhody was held scoreless by one of the best teams in the Atlantic 10 as VCU soared to 5-0 victory.

VCU began with a goal by midfielder Kimberly Ito in the eighth minute off an assist by fellow teammate forward Kelly Graves.

From there the visiting Rams continued the scoring as four different VCU players pumped one in the net after the first half. CiCi Fox, Samantha Jerabek, Emma Kershner and Susanna Friedrichs all added to the lead.

Rhody’s final soccer game was on Sunday as they faced off against George Mason down in Virginia.

URI’s midfielder Rebecca D’Anna wasted no time when she popped a header in the net just 44 seconds into the game. However, George Mason evened the score 10 minutes later with a goal from Emma Van Der Vorst off a free kick 20 yards out. From there, sophomore defender Shannon Lee put George Mason up for good halfway through the first half with a header assisted by forward Rebecca Callison’s free kick.

George Mason would continue to take control of the game with three more goals in a 10-minute span in the second half which would put the game out of reach as the Ram’s, would not be able to score again.

It’s been a tough stretch for the Rams soccer team this season with not being able to pick up a win. With only graduating seven seniors this year, URI brings back most of the team for next season to prove that this was just a hiccup.