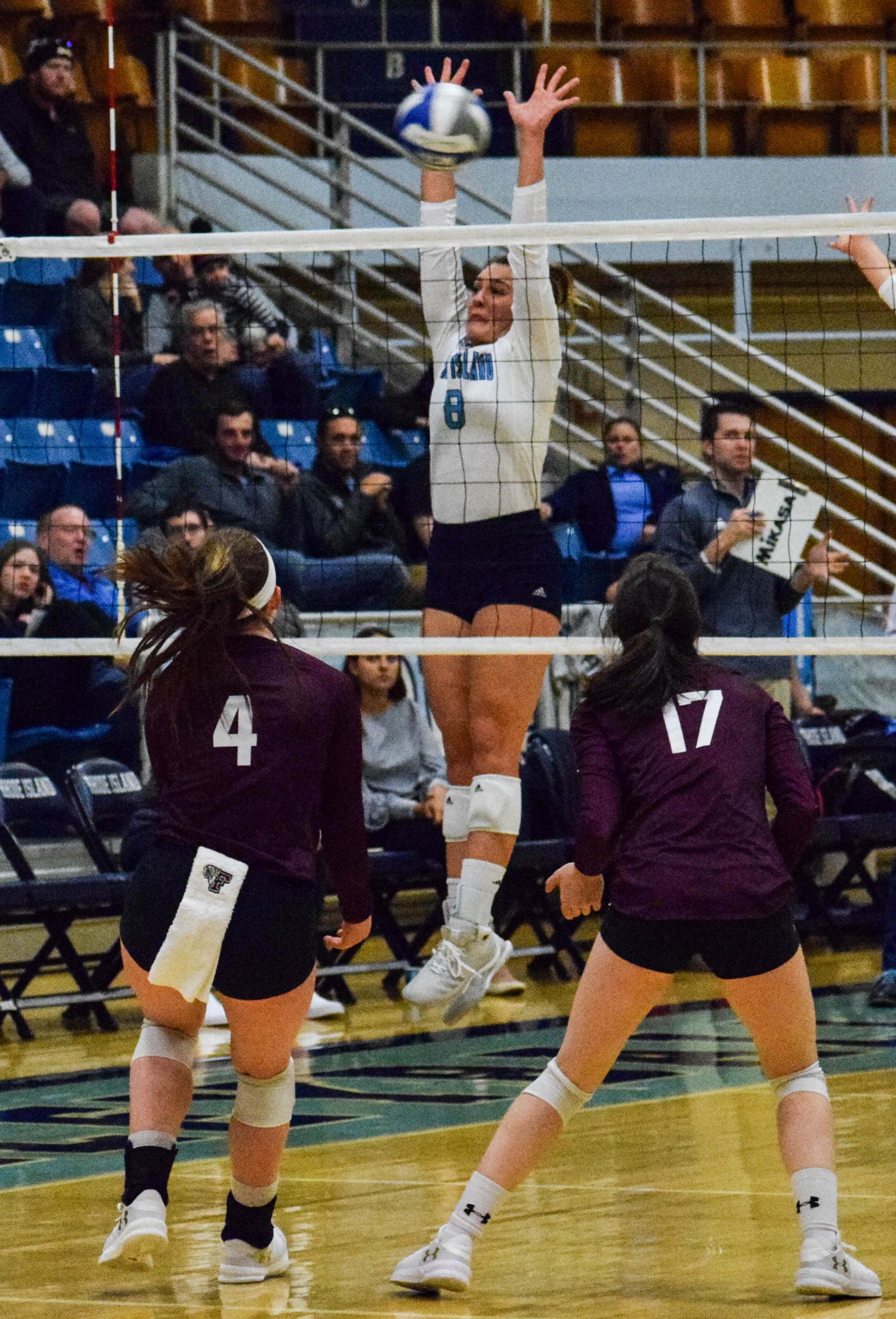 Photo by Anna Meassick | Lauren Pick jumps to block a spike from Fordham.

The Rhode Island women’s volleyball team kicked off their final three-game home stretch of the season with a 3-0 win in their Atlantic 10 matchup against the Fordham Rams. The 3-0 score does not accurately reflect the match, as each game was hard fought, two out of three being decided by three points or less.

After the match, head coach Steve Santonastaso was proud of the team’s confidence throughout the game, as he felt “tonight was one of their better offensive nights,” despite the neck and neck matches. He also made an emphasis on how important the people behind the scenes were to the win. “It’s not just the kids who got to play, it’s the people who manage our everyday practice environment, training environment, they’re contributing and it’s great for our program.”

Coach Santonastaso has been proud of his team’s ability to stay positive throughout the team’s tough month of October. He accredits the team’s leaders, “leadership does not let them think any differently, we as coaches don’t let them think any differently, and they knew playing volleyball in college is challenging, and I think that they’re always up for the challenge… and credit to them for really fighting through that.”

Heading into their final two matches of the season, Santonastaso wants to see his team improve in some areas. “A little more consistency, that team served tough and I want them to serve receive a little better.”

With this win, the Rams snap an eight-game losing streak while improving their overall record to 8-16 and their Atlantic 10 conference record to 2-10. They are currently in a tie for last place in their conference. Rhode Island finishes up their season with back-to-back home games against George Mason on Friday, Nov. 9 and George Washington on Saturday, Nov. 10.