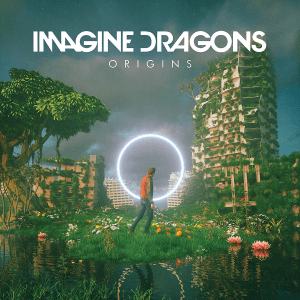 Imagine Dragons has plenty to say in their new album ‘Origins’ that was released on Nov. 9.
The band really took music to a whole new level, so be prepared to feel a lot of emotions when listening to these very personal songs that are bound to resonate with you.

Fans were given a little taste of what the album would be like when their lead single, “Natural,” from the album was released on July 17. This song was a great way to kick off the excitement of their new album coming in a few months. The single talks of how one should stand up for themselves and stay strong throughout any obstacles they stumble across and must conquer. The lyrics even discuss how this world has become one where it’s every man for themselves and you must be strong in order to make it.

Throughout the album, the band touches on many tough subjects that are very sensitive to others. This is where I think that the Imagine Dragons takes their music to the next level. “Love” responds to all the violence in the world today and how that has resulted in there being no love in the world now. The lyrics are so powerful and it reaches their audience to show them that no matter, race, gender, opinions there should be love between one another. Imagine Dragons hit the ball out of the park with their multiple songs that have powerful lyrics in order to touch their audience on a new level. There are many other songs such as “Bullet in a Gun,” “Digital” and “Zero” talk of other tough subjects that lure their audience in.

“Zero” is actually a song that Imagine Dragons wrote for the movie, “Ralph Breaks the Internet.” This song is another one that talks of a tough subject of some people who feel as though they are worth nothing and overwhelmed by all the chaos in their life. Imagine Dragons wrote this song in order to relate to the plot and characters in the movie coming out later in November. This song contains lyrics that could possibly relate to many people due to the fact that there are a lot of people who experience depression and this song shows them that they are not alone. This socially relevant song allows their audience to relate to their songs and fall in love with it. I personally love songs more when I really relate to the lyrics and the majority of the songs on the album are related to many different personalities.

A lot of the songs on the new album are about love and relationships. Personally, my favorite song on this album is “Only.” This song talks about a love interest that the author has and that they just want to only be with that one person. It shows the love they have for their partner and how devoted they are to their other half.

The power that the lead singer Dan Reynolds puts behind his voice really livens you up in order to get into the song and really listen to the lyrics. I personally really enjoy the musicianship and lyrics in this song. Other songs that relate to love and relationships are, “Boomerang,” “Bad Liar,” “Stuck” and more.

All of these songs are relevant to society and can relate to many people in different ways. The variety of subjects allows all people to be able to relate to at least one song on the album, whether it be love, hardships, depression and more. Imagine Dragons really put their minds together in order to ensure that the lyrics were relatable and had a point to them. Their talent and ultimate end result of the album is very inspirational to me personally and shows others that they are not alone when it comes to tough subjects. I think that Imagine Dragons created a very inspirational and relatable album that everyone should at least try out.