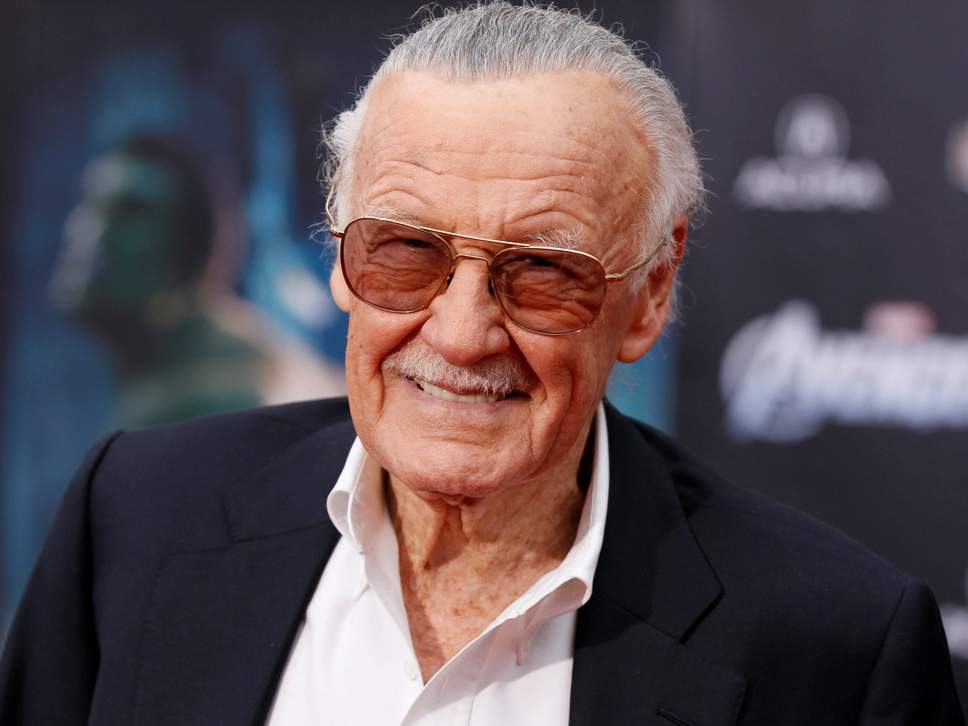 At 95 years old, Stan Lee, icon and representative of Marvel comics, passed away on Nov. 12. Although the cause of death is not confirmed, he battled various illnesses including pneumonia, over the past year.

He was born Stanley Martin Lieber on Dec. 28, 1922, in New York City. Before he became an accomplished writer, publisher and producer, he went to a small high school in the Bronx.

He began working at Marvel Comics when it was still Timely Comics. At that time Joe Simon and Jack Kirby were some of the most influential figures in the superhero genre. They created the character Captain America, gaining a lot of attention for their comics. Lieber was assigned to work on a 1941 issue of “Captain America.” Lieber changed his writer name to “Stan Lee” for that piece, and from that point on he was known by that moniker. After the previous duo’s departure, Lee was named interim editor.

Timely Comics, which rebranded to Atlas, rebranded again to Marvel Comics in 1961. Lee was tasked to create a new team of superheroes. For his first creation, Lee introduced the Fantastic Four. This was a team of real, flawed characters. This was a definite break from the perfect personas of other heroes at the time, and thanks to his wife’s encouragement, Lee changed the tone of superheroes forever.

“The Fantastic Four #1” brought great attention to Marvel Comics. Lee pushed to create even more new characters, emphasizing the humanity and disharmony within all of them. He had them deal with physical disabilities, prejudice, inequality, drug and alcohol abuse and more. These things had never been challenges for superheroes before.

Spider-Man was purposefully created to appear as “the boy next door.” He was made to be relatable. He wasn’t invincible. His comics used thought bubbles and soliloquies to characterize him, developing his personality and his motivations. This was a new idea, a different style for comics everywhere. This new style resonated with readers all over the world, making Spider-Man one of the most popular heroes to date.

Lee always gave credit to the people he worked with, and partners such as Steve Ditko and Jack Kirby gained fame right along with him. He improved the collaborative method between writers and artists, creating a more interesting and dynamic community of superhero creators.

In 1972, Lee took over for Martin Goodman as the publisher for Marvel Comics. At the end of his career, he had been an editor, art director, producer, marketing manager, actor, and writer for works within Marvel Comics.

Lee has appeared in cameos in almost every Marvel Comics film, dating all the way back to the 1989 “Trial of the Incredible Hulk.” His cameo is an enjoyable Easter egg to many dedicated fans.

He supported a special organization called The Art of Elysium. This organization was founded in 1997 and paired with volunteer artists to support people going through physically and mentally taxing injuries or events. The programs influence hospitals, elder facilities, homeless shelters, schools and foundations in Los Angeles.

Lee wrote his own autobiography, “Amazing Fantastic Incredible: A Marvelous Memoir.” The book gave fans a way to connect with Lee through his journey as a comic book writer.

Lee had a special catchphrase, “Excelsior!” for most of his life. The word is a Latin word, meaning “ever upward.” It became not only a unique slogan to associate him with, but also an inspiring message. In a tweet he commented on the phrase, “Finally, what does ‘Excelsior’ mean? ‘Upward and onward to greater glory!’ That’s what I wish you whenever I finish tweeting! Excelsior!”

He is remembered through his colleagues, family and fans as he will forever leave a mark on Marvel Comics and the evolution of the superhero genre.