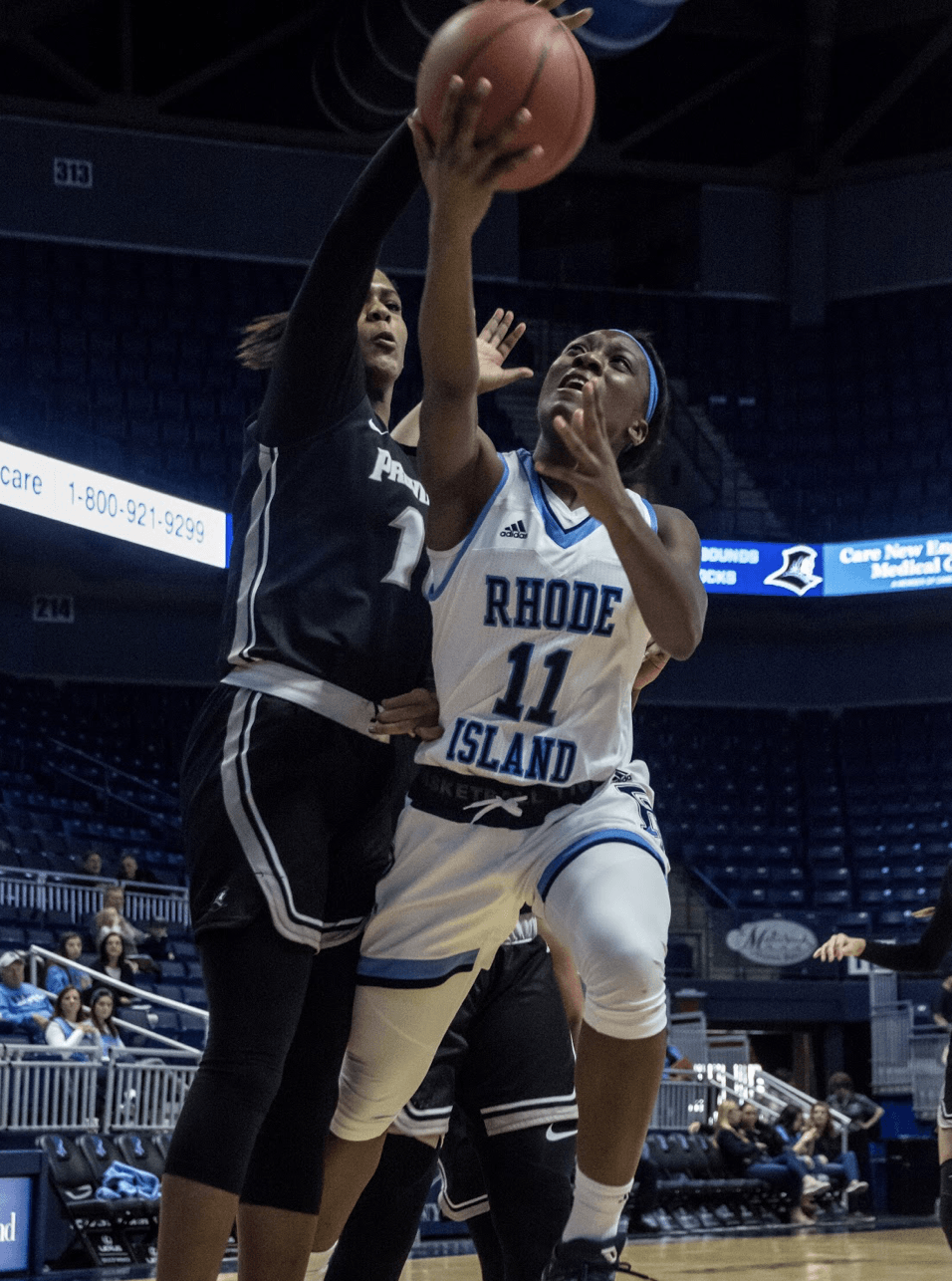 For the first time since 2013, the Rhode Island women’s basketball team has an Atlantic 10 player of the week. For her performance against North Dakota, then Providence and Brown in the Ocean State Tip-Off, redshirt junior Davida Dale got the nod from the conference.

When Dale has started the Rams are 5-2, and are now on their first three-game winning streak since 2016. Dale averaged 16.7 points per game over this past week and averaged 7.3 rebounds per game. She also leads the conference in steals per game averaging an even three per game. Three steals per game also is good enough to put Dale at tied for No. 35 in steals per game in the entire country. On the season Dale has averaged 13.9 points per game, 7.0 rebounds, and just under one block per game. Her season average in points is good enough to have her at fifth in the Atlantic Ten in scoring, which is also just two spots behind teammate Elemy Colome. Dale is also sixth in the conference in rebounds per game. During the Ocean State Tip-Off, Dale averaged 14 points, 7.5 rebounds, 3.5 steals, 3.5 assists and one block. She also went a perfect 6-6 from the free throw line in the championship game against the Brown Bears, which was a 72-67 victory for URI. In this past week, Dale also had back to back six steal performances, against both North Dakota, and in the semi-final game against Providence.

Following her 22-point career-high performance against North Dakota, Dale said, “My teammates and my coaches keep pushing me and telling me to keep shooting.” Dale has been an important piece in the early going for Rhode Island and also was able to gain her confidence back from this stretch. “If I don’t have my confidence and I’m not playing well for my team, it’ll hurt my team,” Dale said. “I just gotta go out there and do what I can and perform as best I can to help my team win the game. When my confidence is there, nobody can take me out of my game.”

“With Davida as a point guard, she’s just so quick and is an excellent point guard with the ball in her hand,” said Head Coach Daynia La-Force on Dale after the win against North Dakota.