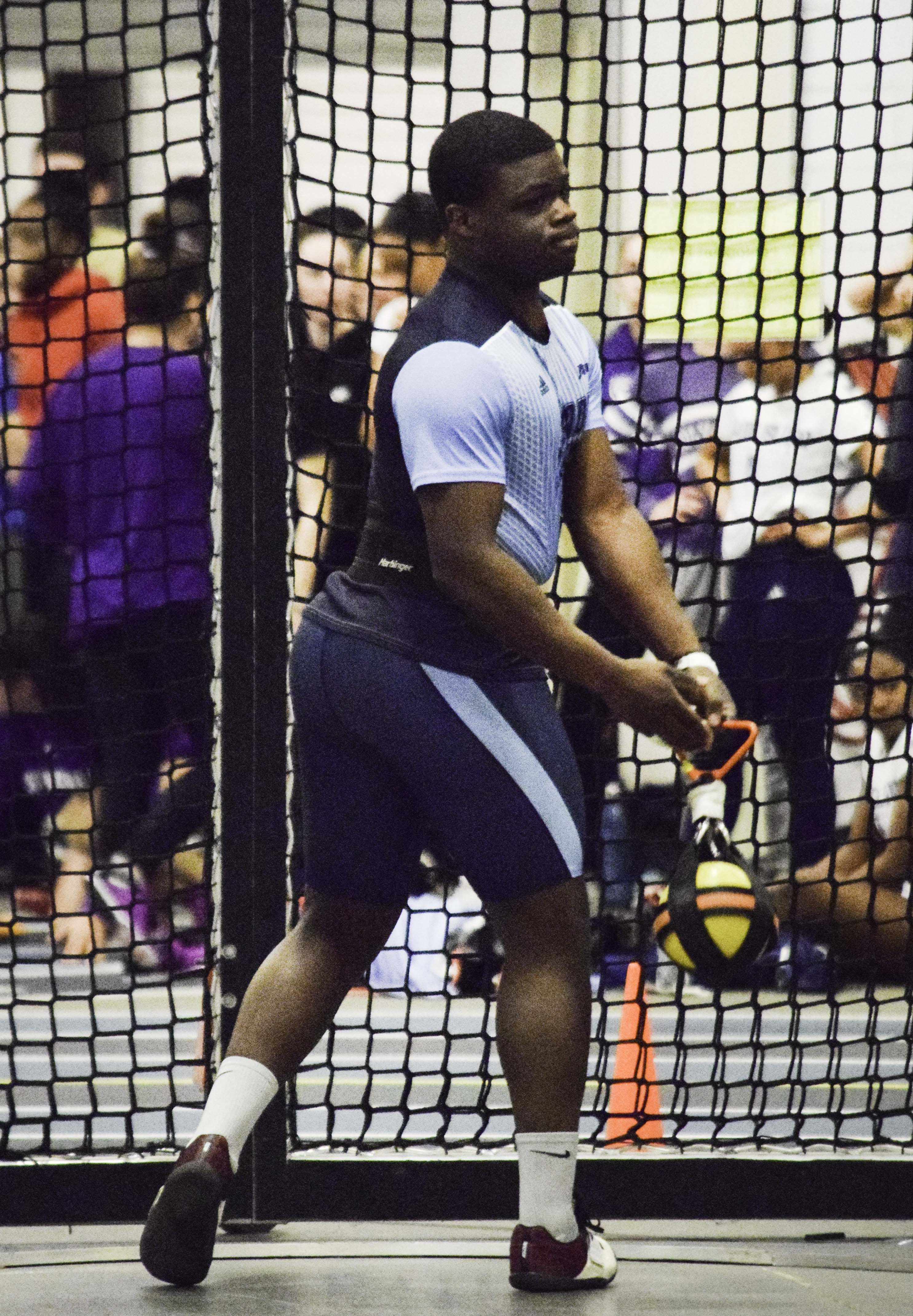 The University of Rhode Island men’s and women’s track and field teams were in action this past weekend for meets at Mackal Field House and Boston University.

Athletes from both teams competed in the URI Coaches Tribute meet, which was hosted at Mackal Field House on Saturday, Feb. 9, 2019. Members from the women’s team also competed at the David Hemery Valentine Invite at Boston University’s Track and Tennis Center.

The women’s team kicked things off on Friday, Feb. 8. They sent five members to Boston University in what Head Coach Laurie Feit-Melnick described as an “outstanding meet” for her competitors. Junior Lotte Black finished 23rd in the women’s mile final with a time of 4:48.46 seconds. In doing so, she broke Kristen O’Connell’s school record of 4:51.94 seconds, held since 1983. This is Black’s third indoor school record this season. Senior Greta Scott finished fifth in the 400 meters with a season best and Eastern College Athletic Conference mark of 54.77 seconds. This was hers and the team’s second best indoor mark all time.

On Saturday, the women’s team competed in the URI Coaches Tribute. The Rams saw more standout performances during this event. Sophomore Molly Botts won the weight throw and set a personal best and ECAC mark. Freshman Lexi Luna won the 200 meters with a time of 26.12 seconds and ran a personal best in the 60 meters preliminaries with a time of 7.98 seconds.

Senior Natalie Sopchak picked up a victory in the 800 meters final, finishing with a time of 2:20.93 seconds while sophomore Bethany DeLoof won the 500 meters in her event debut with a time of 1:18.90 seconds. DeLoof, alongside junior Gabby Curtis, freshmen Trinity Smith and Hasna Badji, won the 4×400 relay with a time of three minutes, 59.22 seconds. Smith set a personal best in the 60 hurdles with a time of 8.86 seconds while finishing second. Feit-Melnick was pleased with her team’s performance this past weekend. “Collectively, it was a solid weekend,” said Feit-Melnick.

On the men’s side of things freshman Kellen Waters finished second in the one mile run with a time of 4:18.20 seconds. Head Coach John Copeland praised Waters for his performance.

“It was a very nice performance for a freshman. He ran a 4.18 in the mile and we’re very excited about him,” Copeland said.

Sophomore Jeffrey Santos placed first in the 400 meter run with a time of 50.94 seconds while freshman teammate Jordan Ross finished second with a time of 51.01 seconds. Copeland offered praise for Santos after this performance, noting he first came to URI dealing with injuries but believes he will see good things come from him. Copeland also spoke highly of Ross saying that him and Waters are “bright stars as freshmen.”

Sophomore Derek Jacobs placed first in shot put with a distance of 15.61 meters, setting a personal best. In the weight throw freshman Jonathan Buchanan placed second with a distance of 17.07 meters. Sophomore’s Adam Franklin and Callan Davies placed first and third in the 60 meter hurdles finals while junior De’Von McGriff took home the victory in the 500 meter run. Copeland expects his team to be ready for the Atlantic 10 tournament.

“Coming off the New England championships and back to lower caliber meets it’s a kind of a lull in the season,” Copeland said. “We’re working right through it and preparing for the Atlantic 10 meets.”

Both teams will be back in action this upcoming weekend as they both will be competing in the Rhody Pre-Conference meet on Friday, Feb. 15 at 3 p.m. in Mackal Field House.