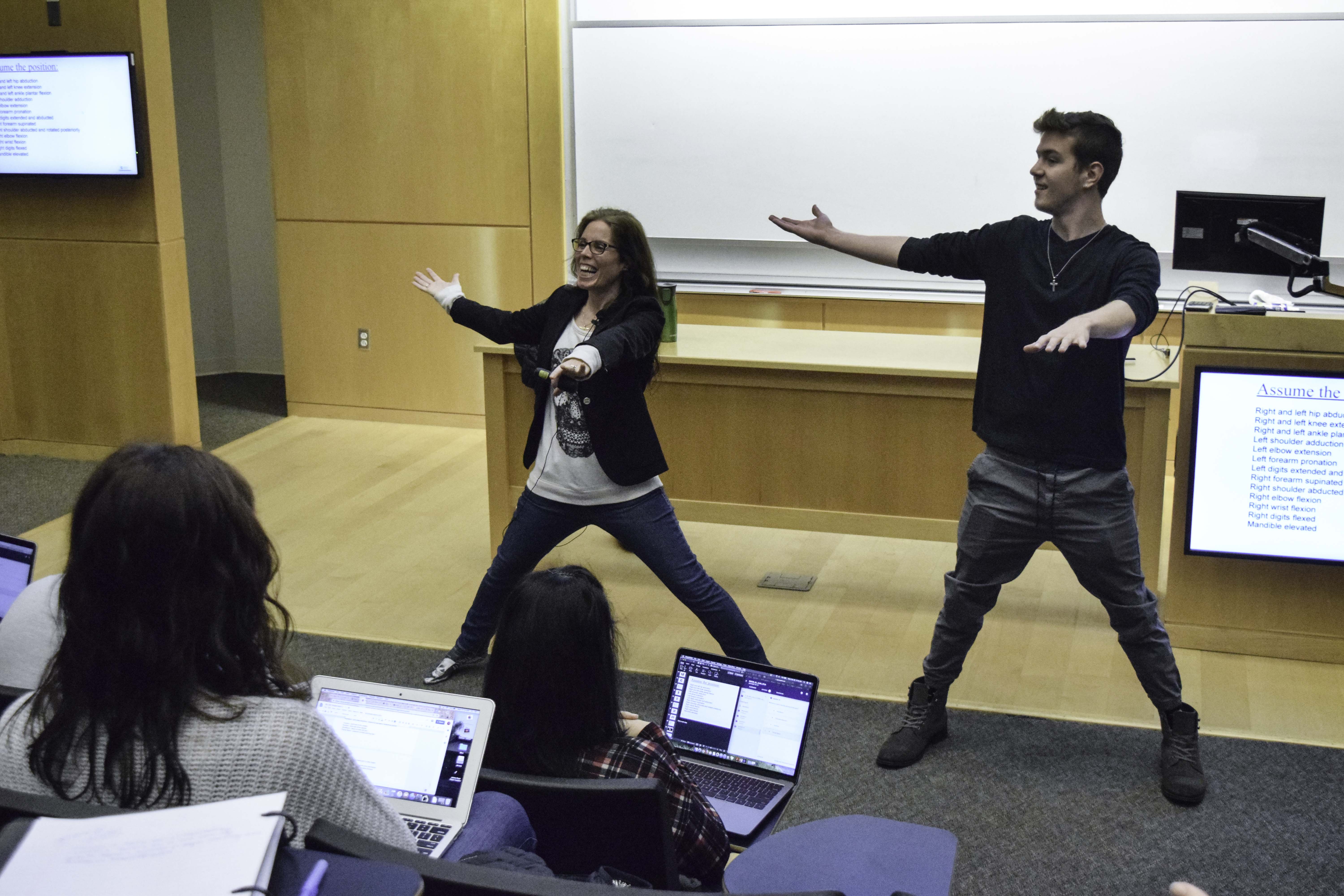 Alaska native and University of Rhode Island anatomy professor, Jess Adams, has lived and taught all over the country but is “glad to be here.”

Adams has a passion for teaching and aims to create a welcoming environment for all of her students. She hopes to create a better world and better humans by teaching at URI.

“I absolutely love what I do,” said Adams. “For the 50 minutes that I am in a classroom, it’s like the highlight of my day.”

The first thing Adams does when she walks into her lecture is kick her shoes off and the last thing she does is tell her students that she’s “glad to be here,” which is something Air Force officers and their staffs say to each other.

“I walk in and kick my shoes off every lecture like I’m home,” Adams said.

This exemplifies her desire to make every one of her students feel comfortable and valued when they come to class.

“I want every student to not feel like a number,” she said.

Anyone is welcome in her office, where her walls are covered in meaningful quotes. She is also prepared with food and snacks for anyone that visits her.

Samantha Brady, a freshman in Adams’s anatomy class, said she felt like Adams genuinely cares about her career and the success of her students.

“Honestly, she’s one of the best professors I’ve had so far because she’s just very interactive and she’s willing to answer any questions, no matter how silly they might be,” Brady said.

Adams is so dedicated to her job that she laid down during one of her lectures because she was feeling lightheaded. Feeling like she was going to pass out, she sat down while lecturing. When that didn’t help, she took it a step further and actually laid down during class.

A video of Adams teaching and pointing to the screen while laying down was featured on the popular social media account, Barstool Rhody.

“It’s a funny story,” Adams said. “Students saw it and were like ‘C’mon Adams, what’s it gonna take to cancel class?’”

Adams went to college unsure of what she wanted to do, so she took classes across all subjects. She graduated from the University of Alaska with a bachelor’s degree in biological science and psychology.

Adams said she realized by the end of her undergraduate career that, “I really just [want to] teach bio.”

Adams’s mother was an impactful teacher in her small hometown which inspired Adams to pursue a teaching career. Combined with a love for nature that was instilled in her by her father, she found the perfect fit for herself as a professor.

“My mom is just a kick-ass teacher, I’ll start crying thinking about it, she just exudes passion in what she does so she was just an early role model in what I wanted to do,” said Adams.

Adams has been teaching since 1998 and started teaching at URI in 2015.