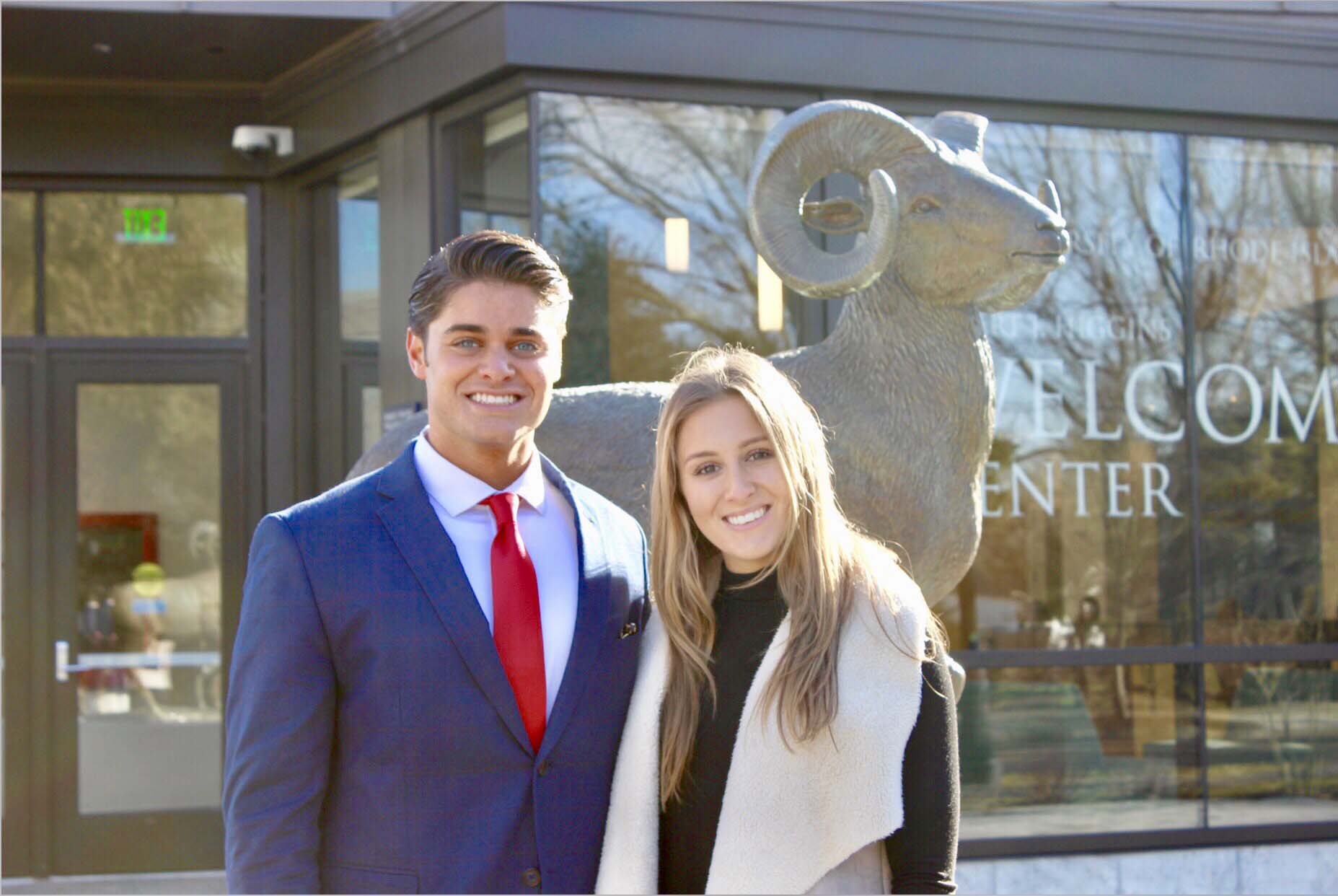 senators Nick Marotta and Amanda Marino are two of the candidates running for president and vice president in the University of Rhode Island’s Student Senate general election.

Marotta and Marino took 55 percent of the vote in the primary election last month, surpassing both of their opponents.

Marotta and Marino, both from Long Island, New York, have served as student senators in the past. Marotta’s first semester was this past fall, whereas Marino, a current sophomore, has been on Senate since her freshman year.

Marotta, landscape architecture and community planning major, spent his first semester on student Senate working towards a parking overhaul. According to Marotta, the parking plan he worked to implement has been in Senate’s masterplan since 2000. He completed it one month into his time as an off-campus representative.

“I think there’s a lot of issues at URI that I wasn’t really exposed to until I joined our Senate and I realized the power we have to change things and make things happen,” Marotta said. “The main reason I’m running is feel that our Senate has not been doing a very good job at solving some of these issues. They mean well, but they don’t always get things done. One thing I’m pretty good at is getting things done quickly.”

part of the Marotta and Marino platform has been to create a better coalition between Greek Life and Student Senate.

“I’m here to create a bridge between [Senate] and [Greek Life] because I’m going to be president of everyone here, including the 3,300 people in Greek life here,” he said. “I’m not in Greek Life, but over 3,000 people here that are, and I think it’s important not to turn a blind eye to them and to include them in our platform.”

Marotta and Marino have been to many Greek Life events in promotion of their campaign.

Marotta also has reached out to the Narragansett Town Hall and Police Station in order to create a better dialogue with that off-campus community. Marotta feels that URI students, specifically those in Greek Life, are targeted by Narragansett Police in terms of off-campus partying. These off-campus events are often shut down and the hosts of the party penalized with orange stickers taped to their residences as formal strikes.

“We receive orange stickers very frequently for noise complaints,” Marotta said. “Yet in the summertime, there’s no stickers issued whatsoever. I don’t think that’s fair, because URI is the backbone to the economy to the town of Narragansett, yet they’re targeting us.”

According to Marotta, his partnership with Marino has also been beneficial in developing his platform. She has aided him in social media development, speech writing and organizing events.

One of Marotta’s biggest goals to be accessible to all students and organizations if he becomes president. He will do this by allowing people to call and text him if they want to speak about a topic, rather than the formality of email or an in-person meeting.

“I’m going to be redefining what it means to be president here,” Marotta said. “I won’t just be sitting in our Chambers or sitting in our office. I’ll reach out to everybody. Part of the reason I think I’m qualified is because I’ve been the only person who has made appearances at places and that’s out of the mouths of all the club presidents I’ve talked to.”

Voting took place in the Memorial Union yesterday and continues through today.