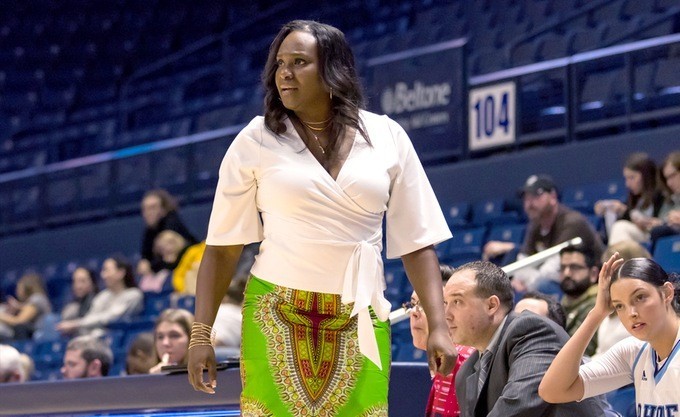 It was announced on March 19, 2019 that the University of Rhode Island and women’s head basketball coach, Daynia La-Force, have parted ways.

La-Force’s contracted has been terminated as she had one year left on the contract.

La-Force was the eighth head coach in the program’s history. Since being hired in 2014, she went 46-101 in her five seasons. The Rams finished this past season 8-21 overall and 3-13 in conference play.

“I would like to thank Daynia for her service to the University and wish her well in the future,” Athletic Director Thorr Bjorn said, quotes courtesy of GoRhody.com. “I am appreciative of Daynia’s efforts with the program as well as the local community.”

La-Force came to URI back in May of 2014. When she was hired La-Force became the first minority female head coach at Rhode Island in any sport. In terms of on-court production, in her first year La-Force was able to have the biggest single-season turnaround in program history, improving the win total by 10 games over the 2014-15 season.

“I would like to thank President Dooley and Thorr Bjorn for the opportunity to rebuild the women’s basketball program here at URI,” said La-Force, quotes courtesy of GoRhody.com. “It has been an honor to coach and mentor the young women in our program and represent the great people of Rhode Island. I will treasure this experience as I turn the page to the next chapter in my coaching career.”

La-Force was also able to give the women’s team their first winning season in over 11 years. A large part of that was Charise Wilson, who was apart of La-Force’s first year at the helm. Wilson was named the 2015 A-10 Rookie of the Year which makes her the third ROY in program history.

Before coming to URI, La-Force spent eight seasons at Northeastern University. She helped turn around the program there and was named CAA coach of the year in 2012-2013. Northwestern was able to notch 17 wins which were the most for the school in over 13 seasons.

Bjorn and the Rhode Island Athletic department will now start a nationwide search to find the next coach in program history.