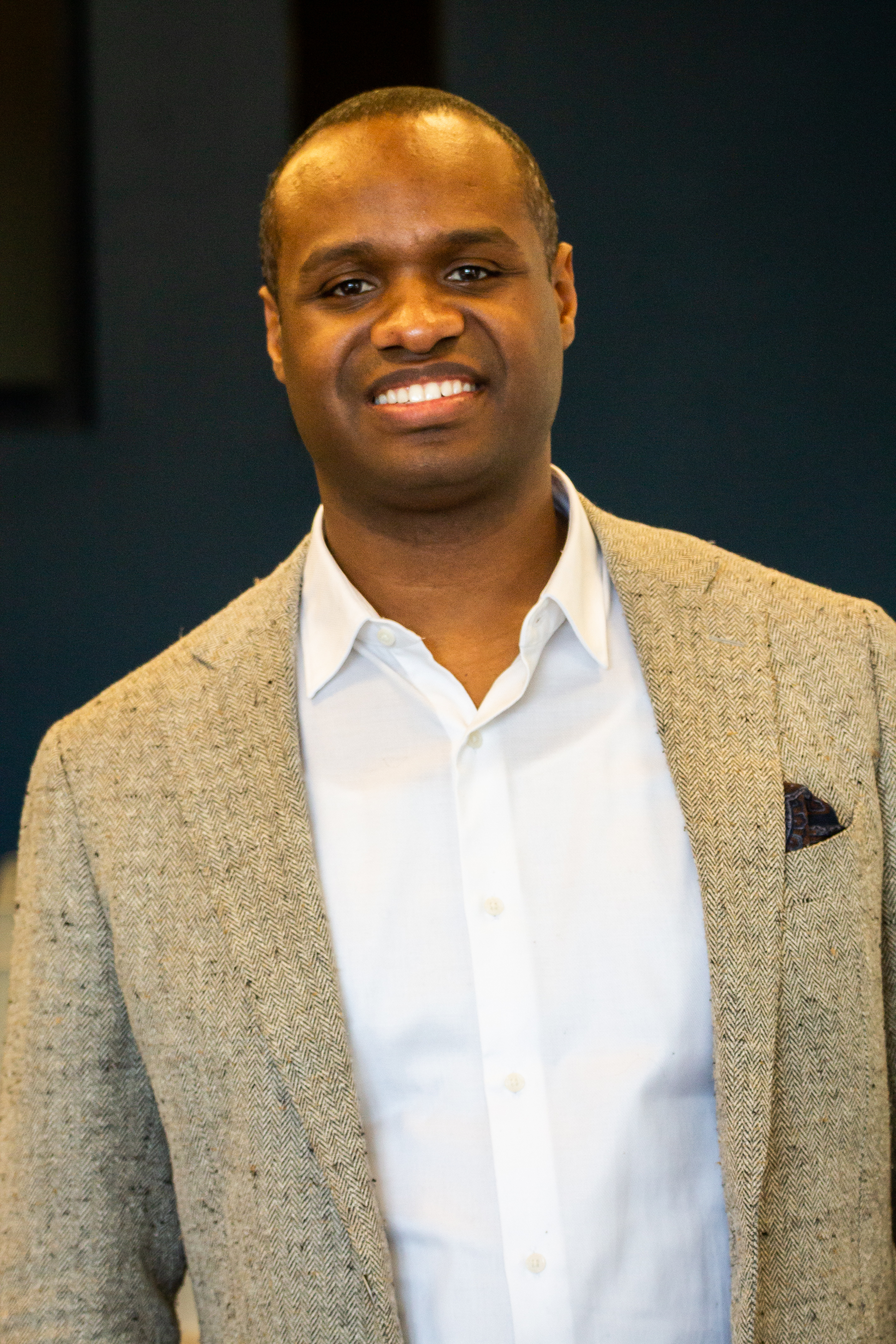 Roby Luna, a URI graduate from the Talent Development program, spoke about his data solutions company to prove anything is possible if you set your mind to it. Photo by Chris Crosby.

Roby Luna, a University of Rhode Island Talent Development graduate and president of the data solutions company Aretec, spoke at URI on Monday as part of the Anthony J. Risica Lecture Series.

Aretec provides its customers with services like advanced analytics, software development and cybersecurity. Luna, along with his partner and acting Chief Executive Officer Anthony Rivera, purchased Aretec in May of 2012. Rivera also attended the lecture.

According to Luna, following their first full year of being owners the company generated $400,000 of revenue, but five years later in 2018 they finished with over $27 million in contracts. When Luna was invited to speak at URI, he held off on announcing a new contract Aretec obtained by the National Securities and Exchange Commission because he wanted to announce it during his lecture.

“Anthony [Rivera] and I are proud to announce that this contract that was awarded to 94 companies has a total contract value of $20 billion,” Luna said as the lecture erupted in applause. “URI gets to spike the football. I am part of this family and everything that I’ve learned about business started here. My resiliency, my will to compete started here. And what better place to announce this achievement than the University of Rhode Island. URI stand up.”

Luna grew up in South Providence, R.I. and faced numerous obstacles while being raised.

“South Providence is an inner-city community that is underserved,” Luna said. “When you think of underserved communities and all of the attributes associated with it like gang activity, violence, they’re all present and always lurking.”

In addition to the hardships of growing up in an underserved community, he felt as though the school system had not prepared him to enter college. Because of this, he decided to join the military. After spending two years serving,  Luna returned to Rhode Island and worked on an assembly line, which he was not happy with. He then applied for a spot in the URI Talent Development program and remembers being interviewed for it.

During an internship while at college, Luna became fascinated with cybersecurity, and that following year changed his major from pharmacy to management and information systems where he found a passion for this type of work. Because of his interest, he elected to leave URI, despite only having three credits remaining to get his bachelor’s degree, to work full-time as a data security analyst at Guardent. He would later complete his credits at George Mason University and have them transferred so he could officially graduate from URI in 2004.

Luna bounced around many different jobs and positions early in his career including Sprint, CSRA and more. During his he befriended Rivera, who he bonded with over a similar upbringing. Rivera had grown up an underserved part of New York City

The two were both making millions for their respective companies and often worked together. After one large achievement, Luna had received a plaque and Rivera had received a mere pat on the back. While doing work in Reno, Nevada, the two would occasionally take drives up to nearby Mount Rose, which provided a beautiful view and place to think.

When they returned from their business trip, they explored starting a new business and realized how difficult and expensive the process would be. Instead the decision was made that it would be easier to just purchase an existing company, so that is when they chose to buy Aretec and make it what is is today

“I had every excuse in the world that I could latch on to not commit to finishing my degree or coming to the University to get a degree,” Luna said. “The environment that I grew up in, English being my second language, I just never gave up. My advice to the students here is very simple, I don’t have to embellish what it takes. I think it’s just committing and having laser focus on your commitments and avoiding distractions.”