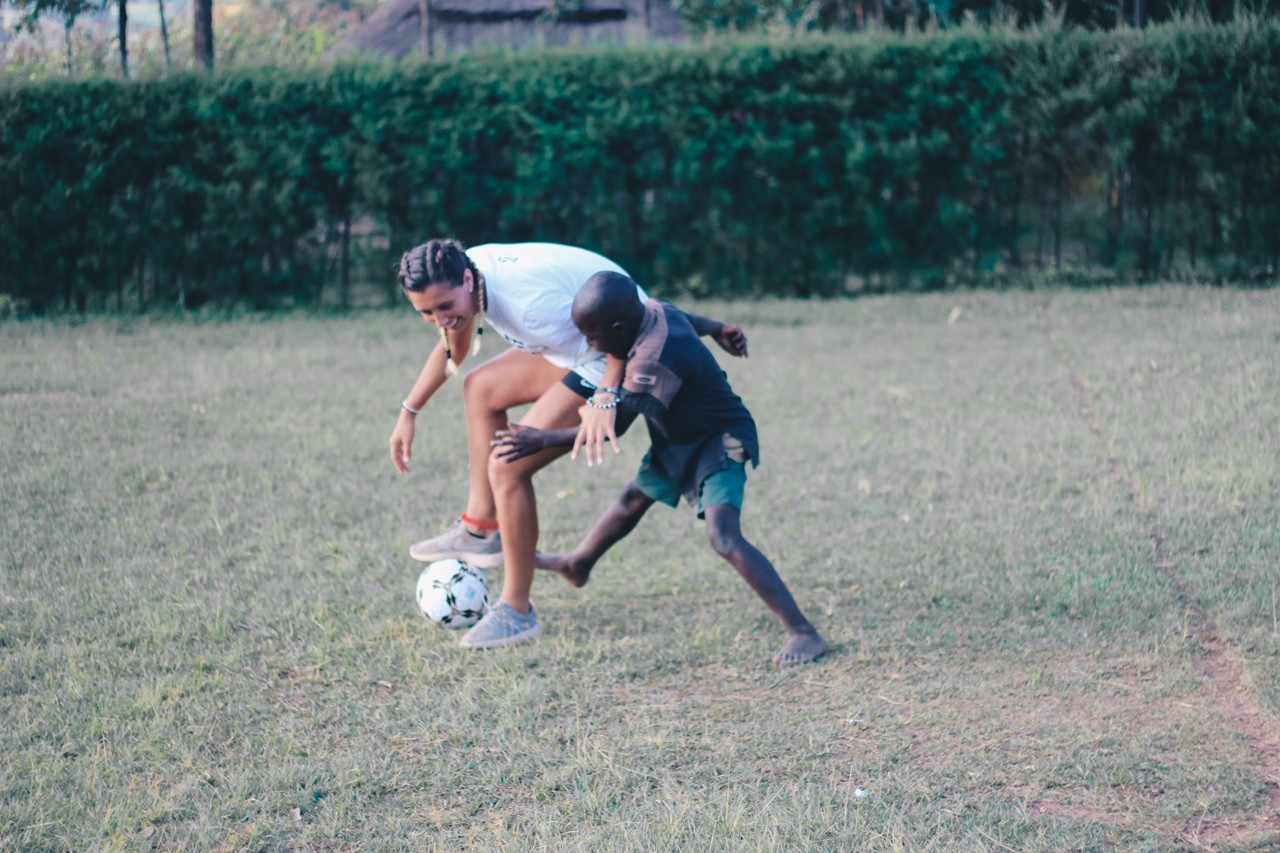 Call her an entrepreneur, a videographer or an athlete. Any one of those titles will do, but above all else, call her passionate.

A 2018 University of Rhode Island graduate, Taylor Ross is the co-founder of Crossbar, a company that is helping the world one soccer goal at a time.

Crossbar is a social enterprise that creates soccer goals, equipment and apparel. They donate 100 percent of profits to building new schools with soccer fields in developing countries around the world.

To understand how they got to here, you have to go back a couple years. In Ross’ senior year of high school she started her very first company, Eleven, selling only athletic apparel. Looking to make more of an impact, Ross transitioned “Eleven” into “Cleats Count” in her sophomore year of college.

Cleats Count was a non-profit that started in 2016 with one goal in mind. Spread the love and passion of soccer around the world and make sure every kid could have a beautiful pair of cleats.

While having her own company and being a full time student, the Mapleville, Rhode Island native was also on the URI women’s soccer team all four years.

“That was the hardest part,” said Ross. “Being a division one athlete and a full time student is time consuming enough, but it worked out where my business and my world overlapped.”

After their first trip to Ethiopia, Ross and her brother, Jordan Grosso, decided they wanted to bring new cleats on their second trip to Kenya to a place called Tumaini. There they helped teach in school and also held a soccer tournament with the local schools. At the end, they gave each kid a proper pair of cleats.

After a great week getting to know all the children and the people of Tumaini, Ross and her brother found out the truth and the unfortunate fate about the school.

“The founder, Rose, told us the story and ended it with saying that the Kenyan government came by and told them the schools were not up to regulation and that they had to rebuild them or they would be shut down,” said Ross. “Something that we had talked about before we left was something that needed where we went and we just fell in love with Tumaini.”

From there the mission was clear what they wanted to do. Wasting no time, Ross and her brother got back to America and that day came up with the idea for Crossbar.

“The idea was that we wanted to have a bigger impact and the way we were going to do that was to build schools and provide access to education and sustainability,” said Ross.

In addition to having her own company and being a division one athlete at the time, Ross is also an outstanding videographer. She helped create content for URI athletics this past year including the men’s basketball intro video.

“I love doing all three and one of the reasons I decided to start a business in the first place is because it meant I could implement everything I loved,” said Ross. “As long as the business was soccer related, video was going to fall somewhere in there.”

Ross is currently living in Denver with her brother Jordan working hard to fund and break ground on their first school. You can follow her on twitter, @TayrossTayross or go visit Crossbar’s official website, www.crossbar.life, or her personal website, www.tayross.life.

“I guess you can call me all three, entrepreneur, videographer, athlete,” said Ross. “But if I could label myself one word; it would just be happy because I get to do all those things.”