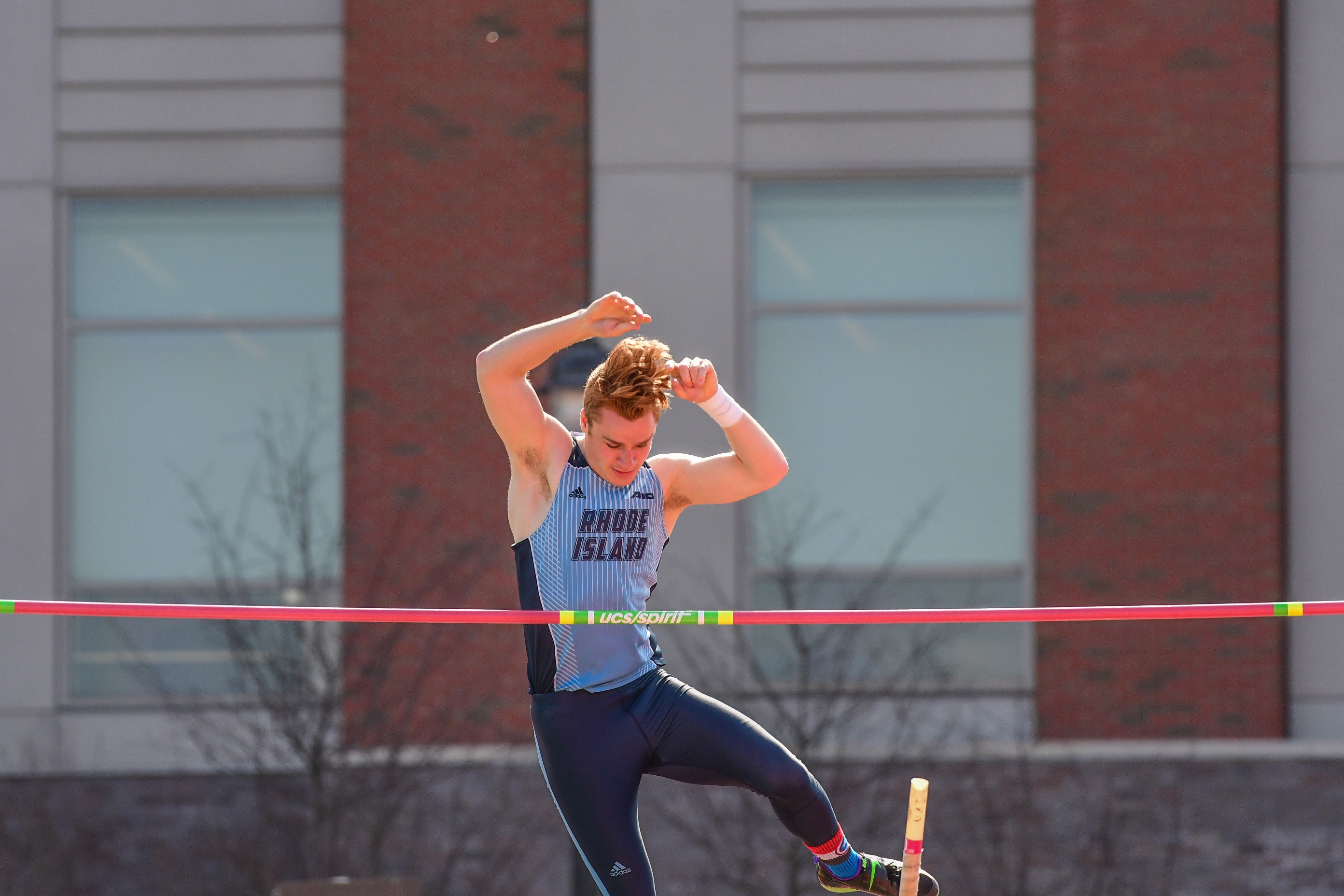 This past weekend the University of Rhode Island’s Men’s Track and Field Team competed in the 54th Annual Colonial Relays, hosted by the College of William and Mary in Williamsburg, Virginia from April 4 to 6.

In the first of these two events the Rams had only one athlete competing. Freshman Jide Akinjisola placed second in the event with a finals distance of 47.29 meters. He finished just 1.59 meters behind sophomore Quentin Webert of Virginia Wesleyan University, who took first place with a distance of 48.88 meters.

In the latter of these two events that the Rams participated in, the men’s hammer throw championship, freshman Johnathan Buchanan, their lone participant in this event, finished in ninth place with a final throw distance of 47.95 meters. The Rams as a team, after one event scored, finished the day in eighth place with just one point.

Freshman Jack Reichenbach also had a second place finish on Friday with a distance of 6.80 meters in the championship long jump. Sophomore Trevor Rooney finished 14th in the university long jump with a distance of 6.29 meters. Reichenbach also finished fourth in the championship high jump with a jump of 1.92 meters. In the university high jump Quindel Wilson finished second with a jump of 1.92 meters.

Other top performances from the second day of events came from freshman Sawyer Moe as he placed third in the university javelin with 50.86 meters mark. Freshman Lucas Stage finished 15th in this event with a mark of 43.07 meters. Senior Adam Franklin finished in sixth place in the 400 meter hurdles with a time of 54.47 seconds.

The Rams sat in sixth place heading into the final day of events on Saturday, April 6. The Rams participated in two relays on Saturday with the first of the two being the sprint medley relay. Ross, Franklin, Delasanta and McGriff were joined by sophomore Nathan Coogan and junior Sam Coppola for this one and they finished with a time 3 minutes, 29.24 seconds. They placed third behind Hampton University, who placed second, and Norfolk State University who finished the race in first.

The second relay of the day that the Rams participated in was the distance medley relay. This team consisted of McGriff, Coppola and Coogan who were running in their second relay of the day. Joining them was junior Rock Fortna, sophomore Shawn Carlson and freshmen Kellen Waters and Tyler Rubush. This relay team also placed third with a time of 10 minutes, 5.48 seconds.

Senior Nicholas White placed 17th in the university discus throw with a distance of 40.91 meters. Sophomores Oliver Gunski and Buchanan also participated in this event finishing in twentieth and twenty-seventh with distances of 39.13 meters and 34.70 meters respectively. Rooney finished in fifth place in the triple high jump championship with mark of 14.33 meters.

Adam Franklin ran his second race of the day as he placed eighth in the 110 meter hurdles with a mark 15.03 seconds. Sophomore Callan Davies also participated in this race and finished eleventh with a time of 15.21 seconds. The Rams finished the weekend in sixth place overall with 45.5 team points. Host school William and Mary took home first place with 74 total team points.

The Rams are back in action this Thursday and Friday in New Haven, Connecticut as part of the Southern Connecticut State University decathlon. They have another meet on Saturday, April 13 in Storrs, Connecticut where they will compete in the Northeast Challenge.