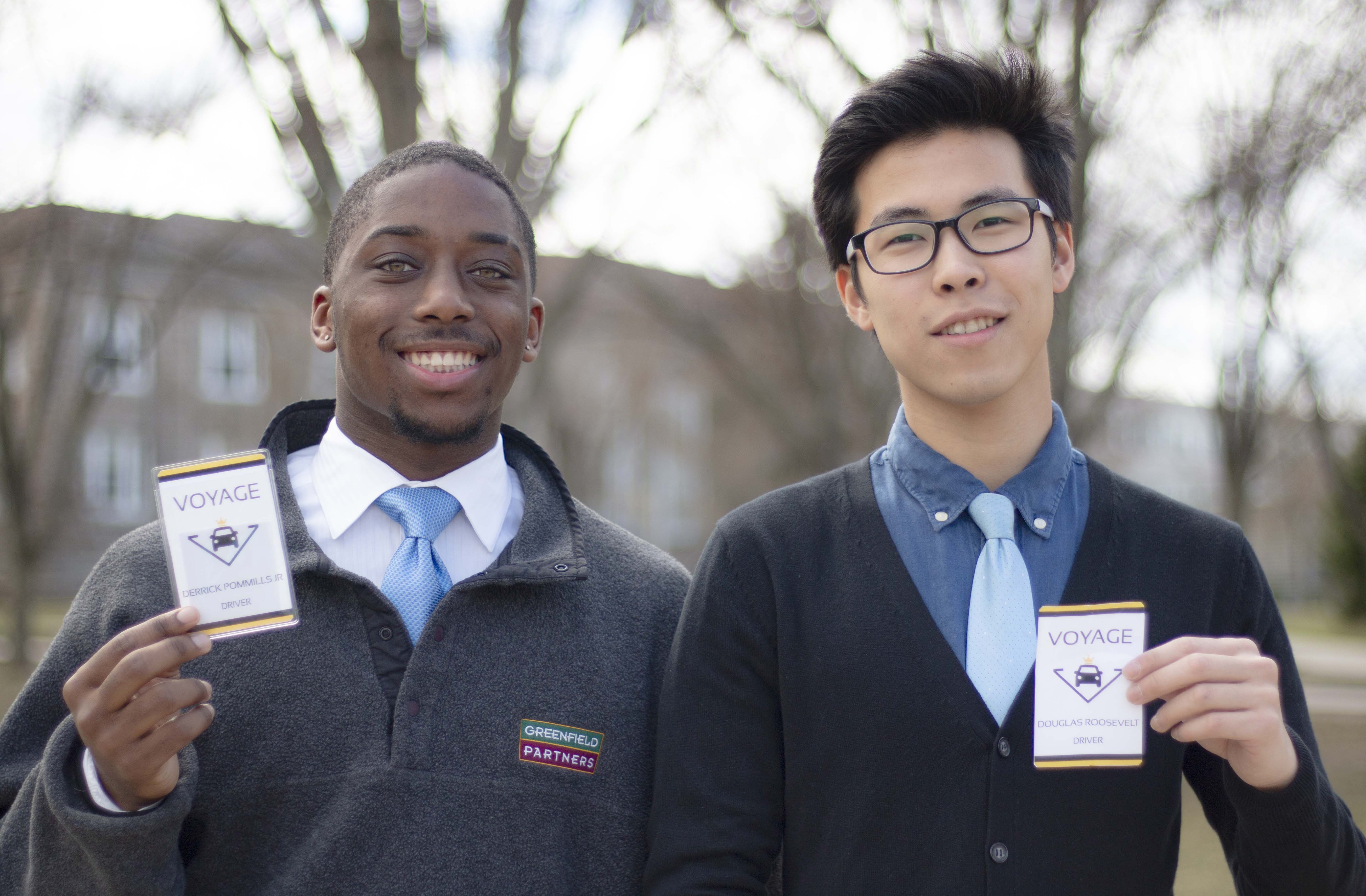 Derrick Pommills, a freshman, started a rideshare company named Voyage this semester with the help of a friend to help those on campus save money.

Pommills, a marketing major, was tired of having to spend so much for an Uber or a Lyft every time he needed to go somewhere during his winter break.

Because of this, he decided to start up a rideshare company named Voyage.

“We have a cheaper price than Uber and Lyft,” said Pommills. “And, unlike Uber, Voyage allows its customers to pay a round trip fee without having to go through the hassle of trying to find a way back.”

Pommills started Voyage with the help of his friend Douglas Roosevelt, a freshman accounting major.

“What we have is efficiency and security because our customer knows for a fact that we’re constantly on standby waiting for them, and that they are the priority and we will drive for them,” said Roosevelt. “That personalized experience for the customer is essentially something we give that other big companies cannot.”

One of Voyage’s customers, Olivia Arukwe, was excited when she heard of the business.

“I was surprised, but at the same time I wasn’t because Derrick was also so passionate about starting his own business and always puts his mind into everything he is passionate about,” she said.

Arukwe first heard of Voyage through friends who used his service for the first time.

“My experience with Voyage was great,” Arukwe said. “Both Derrick and Doug had amazing hospitality and were very cautious about us passengers. It was a very fun experience.”

Another Voyage customer, Cierra Wornum, said she tried Voyage and enjoyed the experience.

“The experience was not bad at all, I would recommend it to many people,” Wornum said. “Overall it’s a really good company for college students to use.”

When asked what the future plans for the company were, Pommills said, “We’d like to create an app to where people could order and schedule their rides through there instead of direct text messages, also we’d like to expand, meaning hire more drivers here at URI and also at other colleges within the state of Rhode Island itself.”

Once it’s created, their long term goal is to bring the Voyage app to every college and University campus. The two have been driving people for almost a month now and plan to continue next semester.