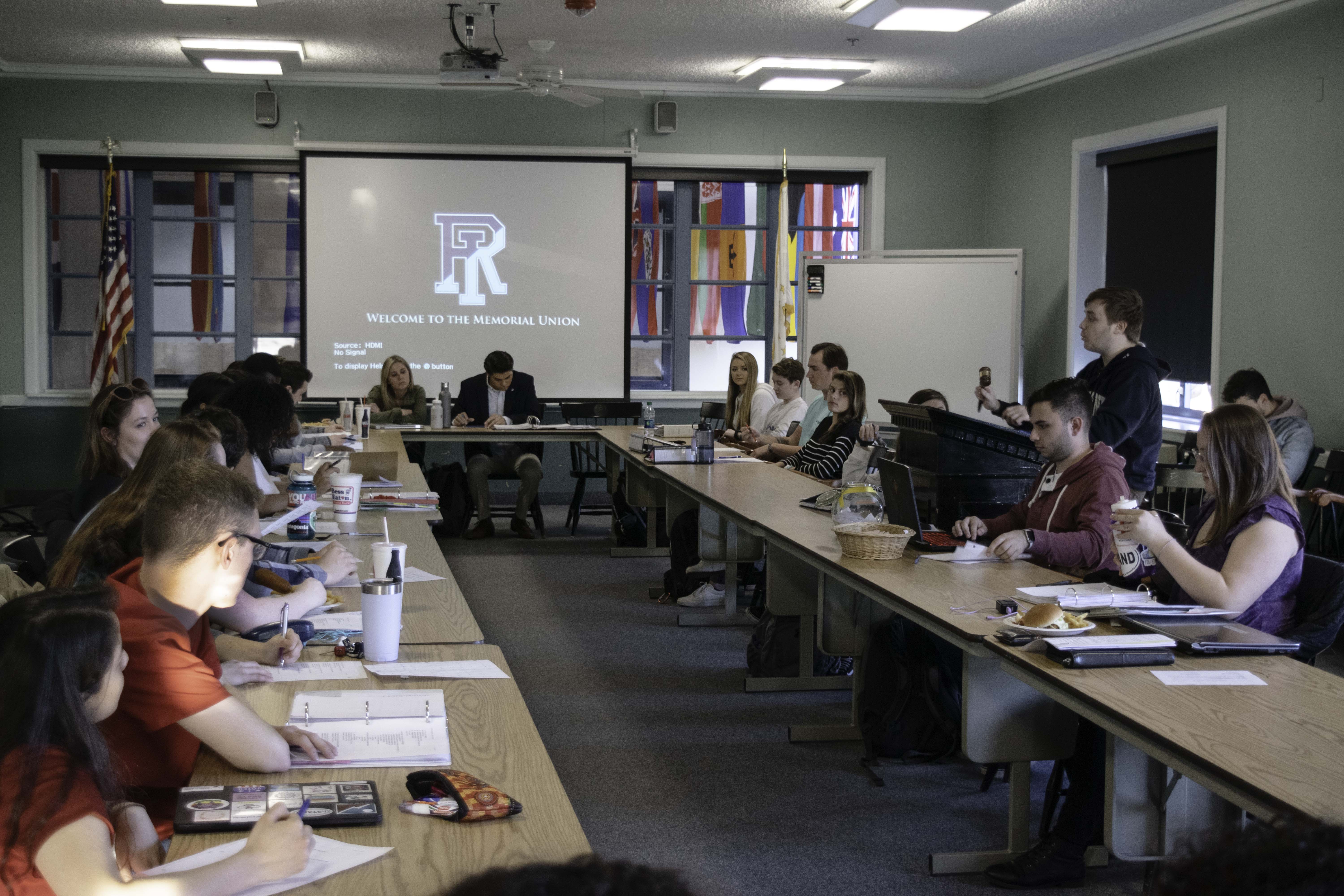 Student Senate revised their constitution and bylaws to better serve the student body. |Photo by Anna .

The University of Rhode Island’s Student Senate created a new constitution and bylaws on April 3, which includes various new positions and the disbandment of some committees.

The new constitution and bylaws are intended to better serve the student body.

“[The old bylaws were] in a state of disrepair and made it harder for us to function,” said Senator John Bagley, the chair of the newly created Instrument Committee.

Bagley said that a lot of time was previously devoted to fixing the old bylaws, rather than helping the student body.

The Instruments Committee will work on the bylaws so that the entire Senate doesn’t have to invest as much time into it. According to Bagley, this will help the Senate better serve the student population as “other senators can work on their own projects” instead of the bylaws.

Student Senate President Nick Marotta said that Bagley was the “driving force” behind writing the bylaws.

Marotta said that the Instruments Committee will bring one article from the bylaws to the general Senate floor each week.

New positions created by the constitution are director of treasury, director of operations, director of information, a moderator and chair of the Instruments Committee.

Marotta said that, of these new positions on the executive board, the members have reached a verbal agreement on what their respective stipends will be and what positions will be stipended.

Bagley agreed to not have his position stipended. According to Marotta, this is because the Instruments Committee should not have as much to do as they currently do after the bylaws are finished.

The vote to approve these stipends will occur during Wednesday’s meeting (UPDATE).

The Finance Committee was effectively dissolved by the constitution. Budgetary responsibilities that were handled by the committee were delegated to what is now the Student Organizations Committee (SOC). This committee is now responsible for both budgeting and recognizing clubs. Austyn Ramsay will be the chair of SOC.

The responsibility of the Finance Committee to bring bills to the general Senate floor concerning contingency grants for clubs has been delegated to the position of director of treasury. Joseph Lachance will be the director of the treasury.

Ramsay said that she thinks everything will work very smoothly because of “effective planning” during the transition from the old constitution to the new constitution as well as the delegation of power from the Finance Committee to SOC.

Marotta said that any other person in the position of SOC chair would be overwhelmed with the amount of work that has been placed under the committee’s jurisdiction, but Ramsay goes “above and beyond.”

According to Marotta, there is now a subcommittee that delegates some of these responsibilities, and the person who would be responsible for budgeting is not being stipended like the Finance Committee chair was.

The new judicial branch within Senate will effectively replace what was the Rules and Ethics Committee, according to Bagley. Bagley said that this branch will consist of five jurists nominated by the president of Senate. A panel of former jurists will be matched with five constituents, and that panel of 10 will take the president’s nominations for the jury and vote on them, according to Bagley. To approve the first set of nominees, the former members of the Rules and Ethics Committee will be the ones who vote with constituents.