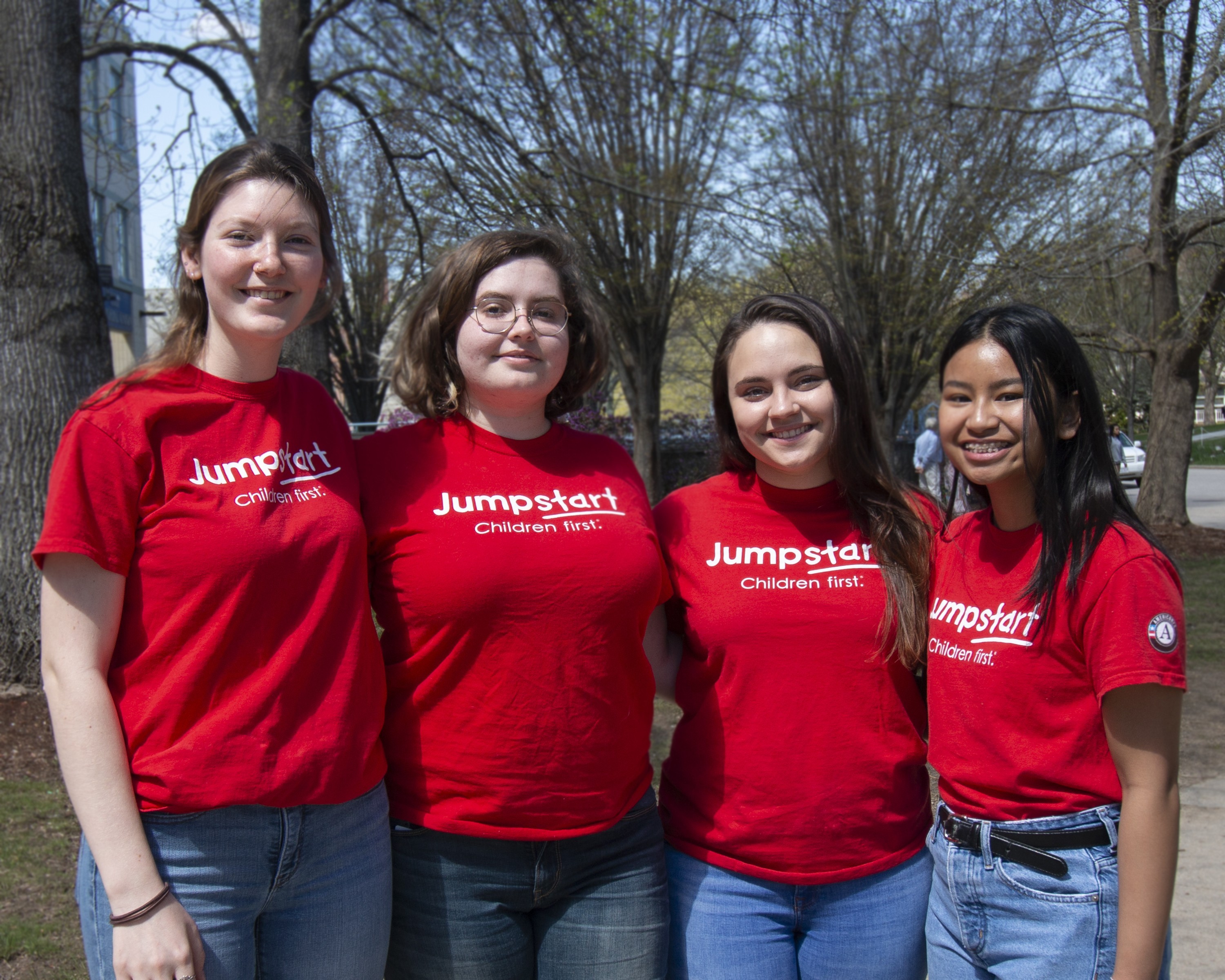 Any student interested in working with preschool children post-graduation has the opportunity to participate in Jumpstart, a service program that assists various preschools across Rhode Island in preparing their students for kindergarten.

One group, composed of freshmen Julia Huy and Aris Sawyer, as well as junior Shayna Sawyer and senior Krystal Polanco, spends their Monday and Wednesday afternoons at the Comprehensive Community Action Program preschool in Cranston.

“It is a lower-income preschool,” Polanco said. “The parents have to meet a certain income requirement to enroll kids in certain programs in the school, and that’s pretty much why we’re there, to make sure the kids are given the opportunities they should get in comparison to their affluent peers.”

While with the preschool students, the four members are responsible for planning a weekly program centered around the core story book. In the past, these lessons have included a caterpillar going through , how chameleons use camouflage, friends and family and other diverse topics.

This past week, the group was responsible for creating a plan that illustrated the life-cycle of the butterfly. They are responsible for enhancing the curriculum and vocabulary that the students must know each week.

“That day I was in dramatic play, which is when we just play-pretend,” Huy said. “We had a bunch of cut-out, paper origami butterflies and we had some butterfly nets and bubbles and I would throw the butterflies into the air and the kids would catch them, and there’s a competition and we would catch the bubbles too.”

As part of the lesson plan, Aris Sawyer also taught students how to paint a symmetrical butterfly, and facilitated the group meeting in which she spoke to all the students about the different stages.

In total, the group spends 300 hours over the course of the academic year at the preschool. They are also enrolled in EDC 304, an online course that helps them plan and for the weekly lesson.

Aris Sawyer said that the program has helped her choose a future career and that she never wanted to work with preschool children before this experience but now sees it as a very viable option.

“I want to become a psychologist/therapist, and I wasn’t sure what I wanted to do with that at all, but Jumpstart was originally my way of figuring out if I wanted to work with children,” Aris Sawyer said. “If I don’t work solely with children, I definitely want to incorporate that somehow.”

For the first month of the fall semester, every student participating in the program goes through copious amounts of training that teach them how to keep the children’s attention spans, deal with tantrums, problem-solving techniques other tricks to work with kids.

In addition, twice each semester, the site manager and coordinator checks-in with the group, giving them a progress report and examining the ways in which they can improve their lessons.

Huy explained that for her, the program also opened up the possibility of working with children who are much younger than she originally wanted to.

“I’ve always really wanted to work with elementary school kids, who are just a little older than who we’ve been working with,” she said. “I never thought that I would want to work with younger kids than elementary, but working with the kids that we have this whole year, I really could see myself as a preschool teacher too. I think I might experiment later on too.”

The group’s Jumpstart graduation will occur next Monday, where they will be handing out certificates of completion and medals to everyone in the class.