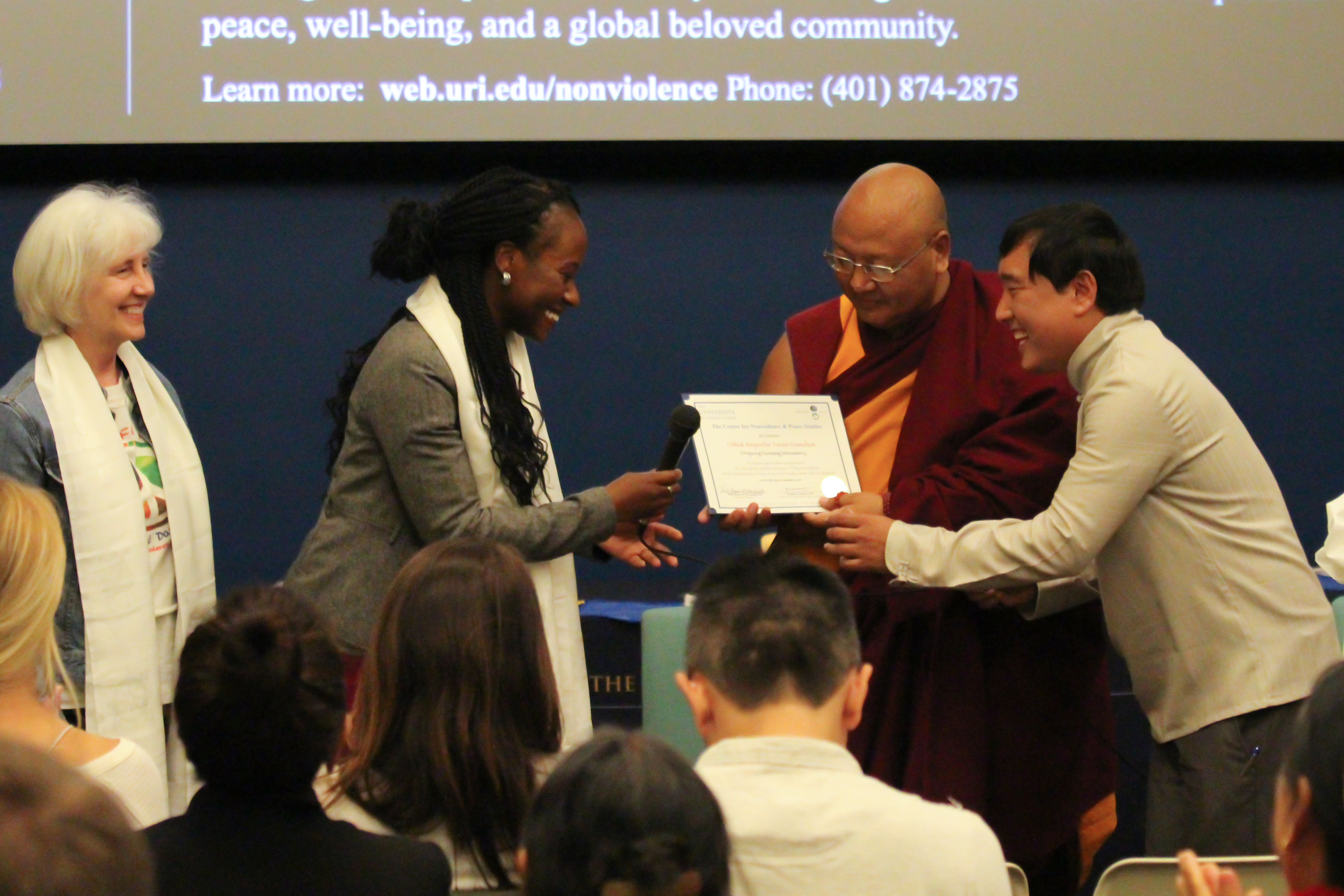 Othok Rinpoche, a Buddhist philosopher, discussed the importance of “Inner Peace for International Peace” on Sept. 19 as part of the International Day of Peace at the University of Rhode Island.

International Day of Peace is celebrated on Sept. 21, a United Nations-sanctioned day for a ceasefire of violence across the world, according to Kay Bueno de Mesquita, education coordinator of the Center for Nonviolence and Peace Studies.

Rinpoche was born in Tibet and earned the title of “Ghesce Lharampa,” which is the equivalent of a western Ph.D. in Buddhist philosophy, according to Bueno de Mesquita. Rinpoche teaches at a monastery as well as in America and Europe.

Rinpoche stressed the importance of being mindful of our own positive and negative thoughts and that people should be “looking for causes of happiness.”

According to Rinpoche, conflicts and destruction throughout the world can be credited to negative thoughts such as greed, anger and jealousy. Improving relationships with others and within ourselves can lead to international peace.

Sam Eleuterio, a junior writing and rhetoric major, asked Rinpoche, “what would you say to the Buddhists in Myanmar who attacked their neighbors who are Muslim?”

Rinpoche referred to the Buddha’s philosophy against harming others and said that this action was against Buddhist values.

“You are not to harm others, especially in the name of a religion,” said Rinpoche.

After misunderstandings that cause disharmony among practitioners of different religions, the authorities within those religions have the responsibility to examine these situations and protect the victims. Rinpoche drew from this idea to answer Eleuterio’s question.

Rinpoche stated that love is the sense of wishing happiness for oneself and others, while compassion wishes everyone to be free of something. Incorporating these two positive aspects into one’s daily life can help minimize the negative side of emotions.

A question on open-mindedness versus empty mindedness was asked by Julian Saad, a graduate student studying psychology.

Rinpoche said that when talking about emptiness we are talking about the difference in what we perceive and what exists in reality which is connected to anger and greed. Embracing open-mindedness can be done by embracing others instead of experiencing negative emotions at their expense. Being mindful can prevent forgetfulness, which leads to more positive emotions.

Rinpoche said that humans want more than they need through their desire for material wealth, which he pointed out as one of two ways of thinking. If this desire turns into the negative attribute of greed, it is not good.

The other way of thinking, according to Rinpoche, focuses on mental enrichment.

In the 21st century, we must draw balance from both ways of thinking, according to Rinpoche, to achieve happiness.