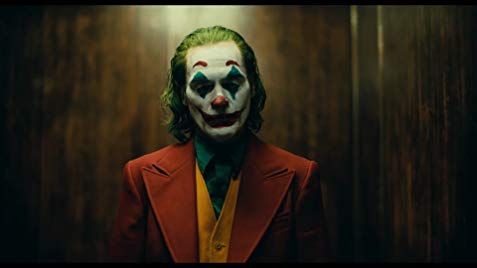 From Toronto to Venice, movies have been hitting the big screen at film festivals for the first time in hopes of becoming a contender for the awards season circuit. If you’re curious about what movies to watch out for this award season, read all about it here.

It came to the surprise of many when it was announced that Todd Phillips, the director of “The Hangover” trilogy, was tasked with directing a movie about the iconic “Gotham” villain. Heads turned again when Joaquin Phoenix, who earned Oscar nominations for his performances in “Gladiator,” and “Walk the Line,” was cast as the “Joker.” Phoenix follows in the footsteps of actors such as Jack Nicholaus, Heath Ledger and Jared Leto to take on the role.

So far, “Joker” has been a hit. As of Sept. 23, it has a 75 percent score on Rotten Tomatoes. The film won The Golden Lion award at the Venice Film Festival earlier this month. In particular, Phoenix has received major buzz for his dark portrayal of the character, and could follow in Ledgers footsteps of receiving an Academy Award for the role.

“A Beautiful Day in the Neighborhood” (Nov. 22)

A journalist writing for Esquire magazine is tasked with writing a profile on Fred Rogers, the famed TV host who is best remembered for his calm demeanor and his wisdom he would give to his audience every week on PBS. After debuting at the Toronto Film Festival earlier this month, the buzz is ramping up.

While not technically in the leading role, all eyes are on Tom Hanks, who is tasked with playing Mr. Rogers. Hanks is no stranger to the awards season, as he is one of two people ever to win back-to-back Oscars in a single category. He will star alongside Emmy nominated Matthew Rhys as the pair forge a relationship that promises to touch the audience’s hearts. The story itself is worth the hype, but the promise of Hanks portraying a beloved icon will have award voters seriously consider the famous actor for various awards.

Fresh off her album “Lover,” is Taylor Swift primed to star in a critical darling? That’s what it is shaping up to be, with “Cats” being the latest in a long line of musicals that has the critics’ attention.

The film stars Jennifer Hudson, James Corden, Jason Derulo, Rebel Wilson and Swift among others as they play cats in a musical that determines which cat will be travel to the Heaviside Layer. The animation is CGI-filled, as the characters in the film are cats that stand on two legs the entire time. Tom Hooper is the director. Hooper’s last musical, “Les Miserables,” received eight Oscar nominations in 2012. Strange as the cast and concept may sound, this could be the Cinderella story that finds its way into the awards discussion.

Michael B. Jordan stars as Bryan Stevenson, a criminal justice attorney who fights against bias against minorities in the American court system. Based off a New York Times best selling book of the same name, the film profiles Stevenson as he works with Walter McMillian, a man who is wrongfully accused of murdering a white woman in Montgomery Alabama.

What makes this film so noteworthy is the stellar cast. Besides Jordan, who is looking for his first Oscar nomination, Jaime Foxx stars as McMillian. Brie Larson, fresh off her role as Carol Danvers in “Captain Marvel,” has a supporting role in the film as well. Don’t be surprised if any of these names are in contention in the awards season.