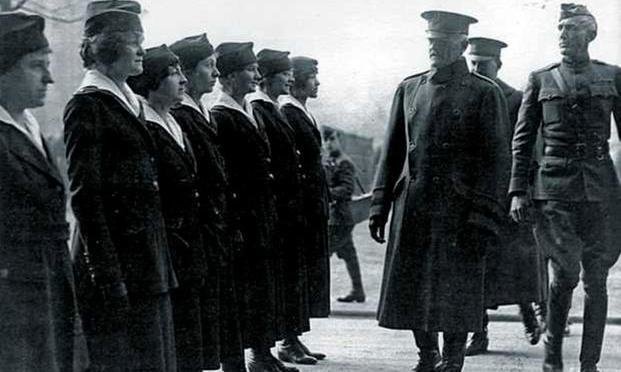 “The Hello Girls” by Elizabeth Cobbs tells the story of the women who worked for the U.S. Army Signal Corps during and after World War One. Photo from NPR.

The year 2020 may seem a distant date on our already worn agenda, but for most it marks a very special celebratory year: the 100-year anniversary of the historic 19th Amendment. This milestone of democracy gave women the constitutional right to vote and created a catalyst for change that is still being felt today. All of us, no matter what our background, are affected by this momentous date in U.S. history and it is a perfect time for us to take time out of our busy day and begin to fully appreciate this 72-year fight.

While I would love to write a whole book on the intricate details of this historic event, I instead encourage you all to read a book that changed my life and, in some ways, made me feel more even more in touch with the history that surrounds us all. “The Hello Girls” by Elizabeth Cobbs is a breathtaking account of the 223 women who joined the U.S. Army Signal Corps and travelled across the Atlantic Ocean and manned the telephone switchboards near and on the front lines in France during and after the First World War.

Cobbs, the author of the novel, as well as another recently-published novel titled “The Tubman Command,” expertly weaves the story between the suffragettes at home and the Hello Girls abroad. She argues that by representing the U.S. on a different, wartorn continent with fortitude, bravery and honor, they were able to translate the frustrated voices of the suffrage movement into action. The Hello Girls proved to themselves and to their country that the women standing in protest outside the White House, or marching in parades, had just as much of a right to suffrage as the women sitting in front of the telephone switchboards over in France. Both were fighting for the same cause whether they knew it or not and without the sacrifice of both fronts- the domestic and the political- we may not be celebrating the centennial of women’s suffrage.

After the war ended with the Allied victory, the Hello Girls returned home to America, viewed by some as war heroes and by others as just women in unconventional uniforms. What we remember today when we read their story is the compromise those 233 women made when they left the safety of their home lives and crossed the U-boat waters of the Atlantic to send and spread the words “over there.”  They risked their lives to prove that women were worthy of the vote, because they could do work that had been once reserved for men only, and do it well. They could represent their country on the ground, during wartime. The story of the Hello Girls should never be forgotten. Their service, and the compromise therein, is a shining beacon of the power of sacrifice and selfless accomplishment. Their lesser known story sheds a unique light on the well-known saga of the march to women’s suffrage in the United States. “The Hello Girls” by Cobbs should be on everyone’s bucket list to read before the 19th Amendment says hello to a new century.

As perfectly summarized in The New Yorker,“This engaging history crackles with admiration for the women who served in the U.S. Army Signal Corps during the First World War, becoming the country’s first female soldiers.”