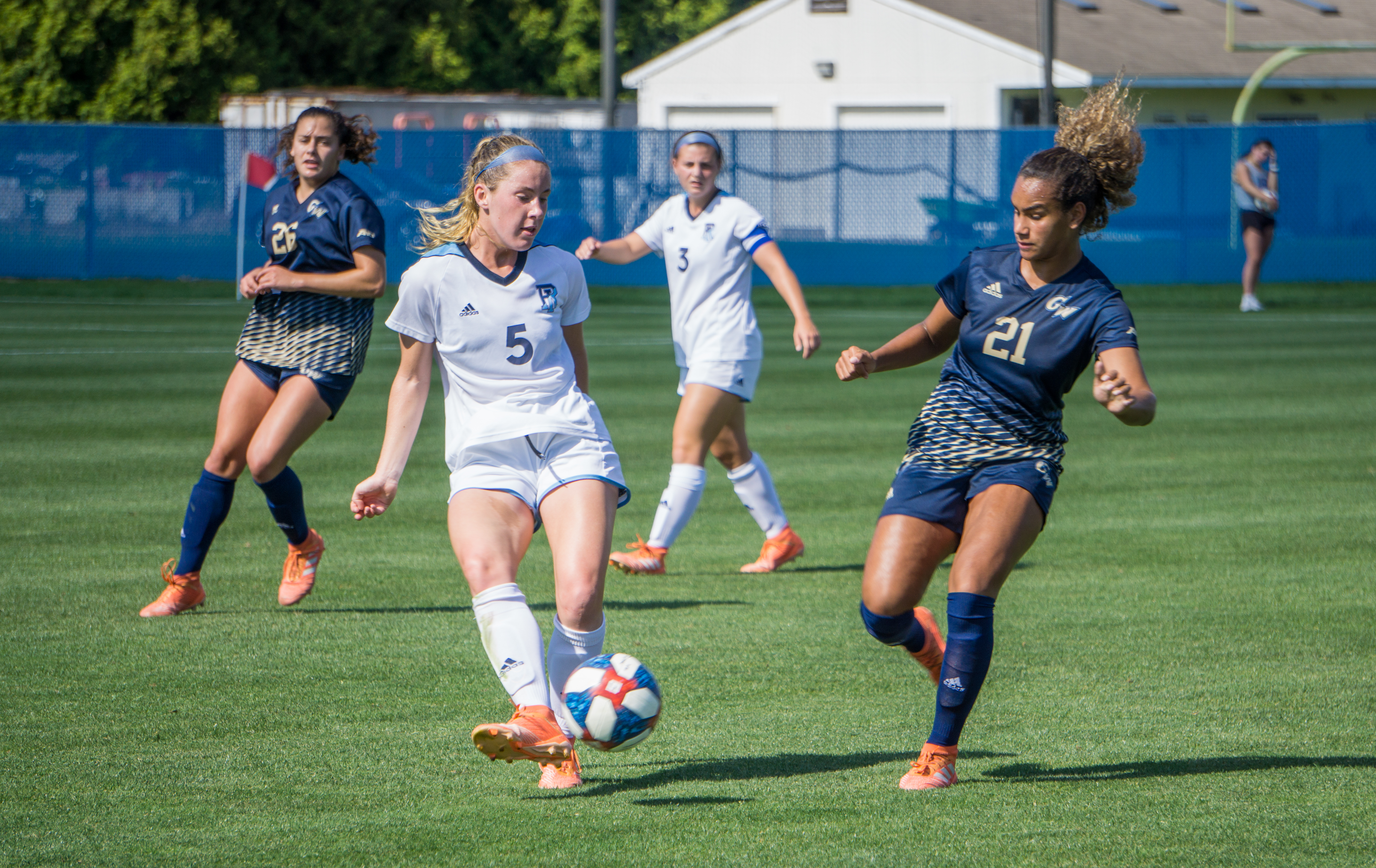 The University of Rhode Island Women’s soccer team continued their Atlantic 10 campaign with games this past Thursday and Sunday against Dayton and George Washington.

The Rams started the week with a road game against Dayton. The defense, led by goalkeeper Teresa Morrissey as well as defenders Kelly Fitzgerald, Grace Haggerty, and Karlee Luker, has been stellar throughout the season. That theme continued against the Flyers, who didn’t manage a goal on the day. The home team wasn’t able to score either, resulting in a 0-0 draw after two overtimes.

Head Coach Megan Jessee praised the fight that the Rams put up and was ultimately content with the result.

“Dayton was a great team,” Jessee said. “We could have finished some chances but they missed some as well, so a win would have been nice but a tie is probably a just result. I’m just proud that we battled and competed with such a great team.”

For their second game, the Rams hosted George Washington on Sunday. The team fought hard throughout the game, but seemed to be missing the extra edge they had been playing with just three days earlier. Forward Rachel Sorkenn was able to pounce on that, scoring unassisted and making the score 1-0 Colonials just seven minutes into the game. The next 63 minutes was back and forth, with the Rams turning up the energy in the second half. However, it was too little too late as the Colonials would score one more, once again via Rachel Sorkenn, and close out the game 2-0.

Jessee was not as pleased with the result of this match and saw numerous things her team can clean up before returning to the pitch.

“GW was a solid team, but I don’t think they’re two goals better than us,” said Jessee. “There are definitely some things we need to clean up from a soccer perspective but I think part of it is mental as well. I think it’s hard on our younger players right now because they have to play two games so close together and we are asking them to play a lot of minutes. At the end of the day we are learning and we will hopefully figure it out because we certainly have the team.”

The Rams have no time to waste in this learning process, as they must look forward to the second half of the season in October. Up first is a home matchup against Davidson College tonight at the URI Soccer Complex. Kickoff is at 7 p.m.