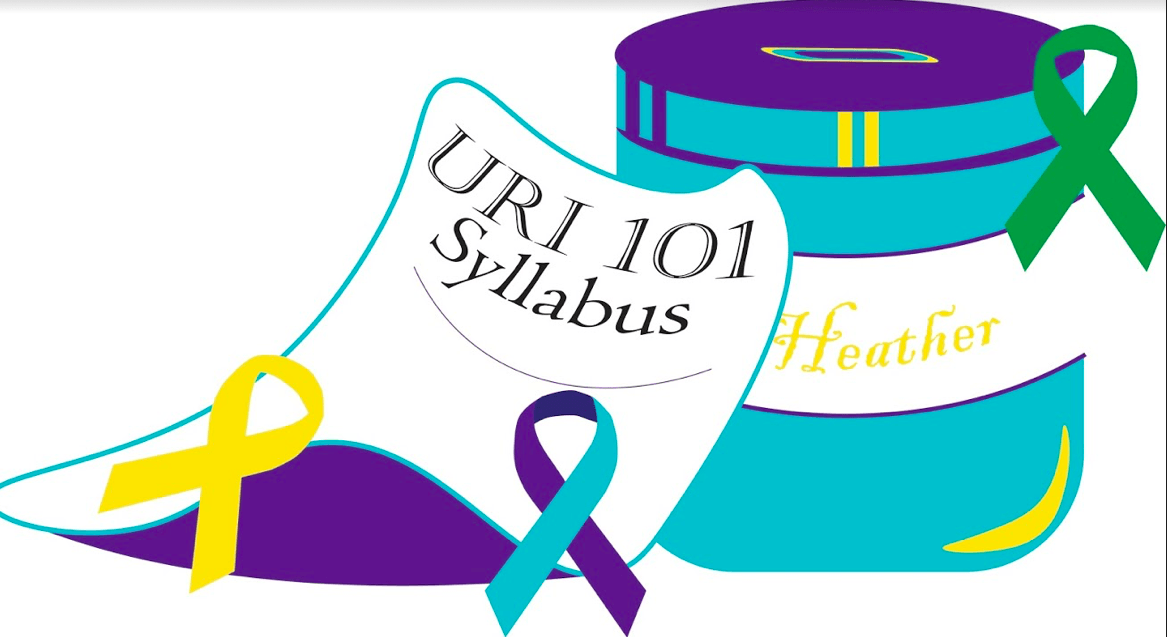 Some URI 101 classes mandate students to participate in fundraisers such as the Heather Fund, which raises money for suicide prevention. Graphic created by Elizabeth Wong.

All proceeds of the event will go to the Heather Fund

With suicide being the second leading cause of death among college students according to Amy Albert, the Unviersity of Rhode Island is holding the Be 5K through a local suicide prevention foundation.

The Be 5K run and walk started on the URI campus 11 years ago with the purpose of raising awareness for problems with mental health and suicide, as well as provide support for those who have lost someone to suicide. The event will be held on Oct. 27 at 10 a.m. on Family and Alumni Weekend.

Amy Albert, community engagement coordinator for the Center Career and Experiential Education, said it is important that participants in the event feel a strong sense of community.

“That is where you are going to find your support system,” said Albert. “We all have bad days, we all have things that come up, unexpected challenges. I think by finding your sense of community in your life that can support you, or can help guide you to where someone else can be when you need that support, is such an integral part of a college student’s career. Also just in general, every person should just feel that sense of community.”

The proceeds for the race were originally donated to The National Suicide Prevention Lifeline. However, Sarah Miller, the former coordinator of the Be 5K, chose to switch to the Heather Fund since it is local and the money would be staying at and benefitting, URI.

Dave Lavallee, assistant director of marketing and communication, has been a supporter of suicide prevention and mental health on campus for the past 11 years. Lavallee and several of his URI 101 students asked tailgaters at the football game on Saturday Sept. 28 for donations for the Heather Fund. Most of the tailgaters were alumni, former football players and parents of football players. In the hour they asked for donations, they raised just short of $500.

“I can’t tell you how many times we would show up and make the very briefest pitch, like ‘we are collecting money for suicide prevention on campus,’” said Lavallee. “We don’t have to go any further and people are opening their wallets before we even finish the pitch. I think most people understand that suicide is a really big problem young people. Especially, high school to collegeaged, and it is certainly a very big issue for U.S. service veterans.”

Twelve years ago, a community service element was not only mandatory for URI 101 students but it counted for about 15 to 20 percent of their grade. Although it is not currenltly required in the cirrculum, Lavalle kept the community service aspect for his journalism URI 101 class and focuses it on suicide prevention. Lavalle says this gives him a chance to spend some time getting to know his students, educated his students on the mental health resources that are on campus and raise money for a foundation he is passionate about.