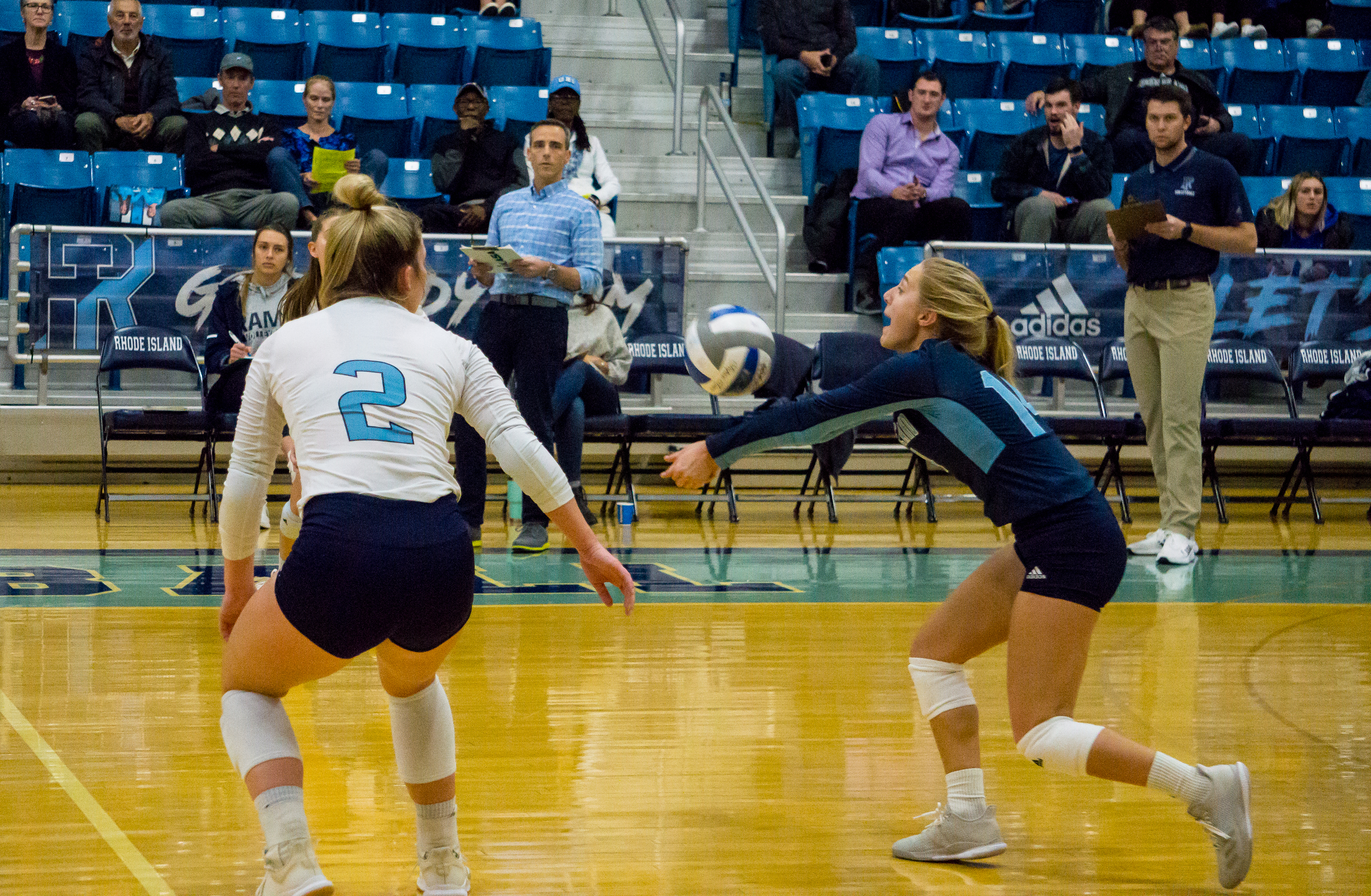 The University of Rhode Island women’s volleyball team dropped their two matches this past weekend to both La Salle and Duquesne, marking nine straight losses for the rams.

Going into the weekend the Rams had lost their previous seven matches dating back to the very beginning of October. In the match on Friday against the Explorers of La Salle, Rhody fought back from a 20-15 and a 24-23 deficit in the first set to even up the score before eventually losing on an ace, giving the Explorers the first set, 26-24.

The second set featured a five point advantage to Rhode Island, which was erased by La Salle when they knotted the second set up at 23. The score was then tied again at 25 before the Explorers took advantage of two Rhody mistakes to give them a 2-0 set advantage.

The third set was close throughout the middle points, with La Salle pulling away near the end. The visiting team closed the match out by winning five of the seven points, 25-22. The three sets to nothing loss put the Rams at a record of 6-15 overall, and 1-8 record in the Atlantic 10 conference.

Even after the loss, Head Coach Steve Santonastaso was proud of the way his team has been playing.

“Our team played pretty hard,” Santonastaso said. “We are really close to breaking through to feel more success on the surface.”

The following night, URI was back to action as the Rams lost their ninth straight match to the Duquesne Dukes in straight sets, 3-0. In the first set Rhody had three different leads of three points but were unable to capitalize, eventually losing the set 25-23. The second set was more of the same, as this time URI had six set points at 24-20 and could not get the final point, ultimately dropping the second set as well, 28-26. The third set started off hot, as the first three points were won but the Dukes responded with by winning the next six. Rhody fought back to tie it at 6-6, but then Duquesne grabbed a lead they would not let up, finishing the third set with a score of 25-17.

According to Santonastaso, he is looking past the results and seeing his team play some of their best volleyball of the season.

“Looking a couple layers deeper than what the final results are, we are playing our best volleyball in terms of execution,” Santonastaso said. “Some of our statistics are higher than they were in the beginning of the season. The team is in good spirits and all it takes is one more.”

Up next for the Rhode Island volleyball team is two matches at Keaney Gymnasium, one against Davidson on Friday, Nov. 8 at 7 p.m. and the other on Sunday at 1 p.m. against VCU.