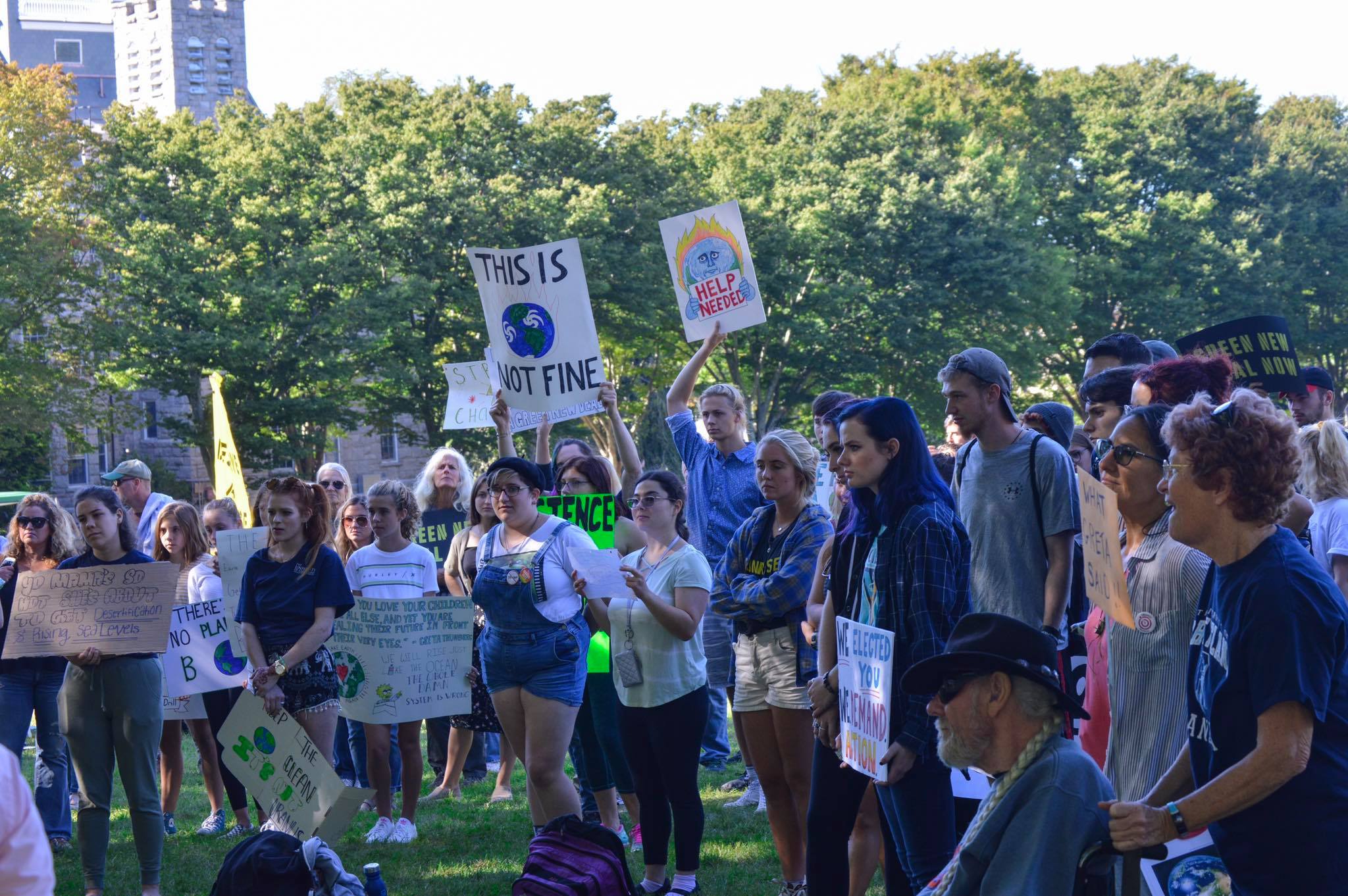 All it took was one advanced placement environmental class in high school to later influence University of Rhode Island junior Kaylynn Polley to become an organizer for a nationally-recognized climate change activist movement.

According to their website, Sunrise Rhode Island’s mission statement is to build “an army of young people in Rhode Island to fight climate change and create millions of good jobs in the process.” As an environmental science major, fighting climate change is something Polley feels strongly about.

“I personally was feeling very angry and frustrated with the greedy few who are driving us towards catastrophe,” Polley said. “I also saw that we had solutions that would make our lives better and I started to realize all of the ways I was seeing it affect people.”

One of the solutions the Sunrise Movement proposes involves getting politicians to sign the Green New Deal Pledge. According to their official website, the Green New Deal “is a 10-year plan to mobilize every aspect of American society to 100 [percent] clean and renewable energy by 2030, a guaranteed living-wage job for anyone who needs one, and a just transition [for] both workers and frontline communities.”

One of the things the South County Sunrise Movement works toward is getting Rhode Island politicians to sign onto this pledge. Polley said that Rhode Island Congressman David Cicilline is one of the co-sponsors of pledge. However, U.S. Senator Sheldon Whitehouse and U.S. Senator Jack Reed have not signed onto this deal.

Polley said that by signing this pledge, officials are committing to doing everything in their power to enact and support the Green New Deal. Also, officials commit to not taking any money from fossil fuel executives, political action committees or lobbyists.

“Getting our elected officials to sign this pledge is a really big campaign that Sunrise does because it’s essentially our main mission,” she said.

The South County Sunrise Movement also organizes climate strikes, such as the one that took place on the Quad earlier this semester on Sept. 27.

The next planned climate change strike is on Dec. 6. They will be held at URI and in Providence. This will be in conjunction with a nationally-planned strike.

Polley welcomes any students who wants to get involved to attend weekly strike planning meetings. These meetings occur every Wednesday at St. Augustine’s Episcopal Church, located at 15 Lower College Road.

Another event that the South County Sunrise Movement has planned is an art build on Nov. 22 in the Memorial Union Ballroom from 10 a.m. to 3 p.m. Students will be able to make art that will be used at the strike on Dec. 6.

Along with being the HUB Organizer, Polley is president of URI’s Student Action of Sustainability student organization, which focuses more on local community work rather than political or national work.

More information about the South County Sunrise Movement can be found on their website https://ri.sunrisemovement.org/ or @southcountysunrise across social media platforms.