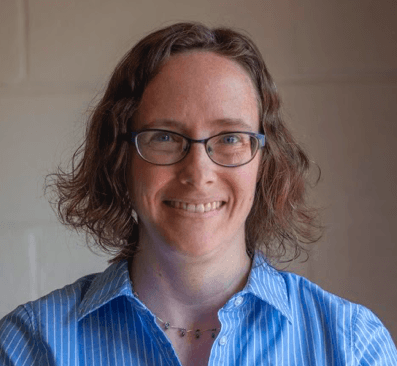 Although volcanoes aren’t necessarily on the top of the list of current climate concerns, they affect the environment more than one would think. One University of Rhode Island professor is researching this specific topic.

Katherine Kelley, a professor of marine geology and geophysics at the University of Rhode Island studies both volcanoes and their eruptions.

According to Kelley, it is not the heat that comes with a volcanic eruption that impacts the planet as much as it is the gasses that are emitted during an eruption.

“All the debates on climate change right now focus on what’s going on in the composition of the atmosphere,” Kelley said. “Carbon dioxide is a greenhouse gas, and volcanoes do emit a lot of carbon dioxide. Over the very long-term multi-million years of history on planet Earth, volcanic cycles might have something to do with the climate.”

Kelley also said that sulfur affects the ability of sunlight to reach Earth, which is another factor of climate change that is not typically considered by the general public. According to Kelley, sulfur is created during large eruptions and reacts with water to create aerosols that reflect sunlight back into outer space. This creates a lack of sunlight on Earth and creates a cooling effect as a result.

“There is in fact, right now, a theoretical scientific debate on whether or not we might try to exploit how we understand the volcanic cooling process to work in order to counteract the warming effects of carbon dioxide in the atmosphere,” Kelley said.

Kelley received her undergraduate degree from Macalester College, a small liberal arts school in Saint Paul, Minnesota. According to Kelley, Minnesota was a great place to study geology and ultimately inspired her to take up geology in the first place.

“We’ve got everything in Minnesota,” Kelley said. “The oldest rocks in the United States are in Minnesota. It’s a beautiful rock called the Morton gneiss. It’s a navy, stripey, metamorphic rock. We have billion year old lava flows in Minnesota, apart of the mid-continental rift. You can go onto the shores of Lake Superior and see the flow textures of billion-year-old lava flows. That is in fact what inspired me to go into volcano studies; those ancient lava flows.”

Kelley became a Fulbright Scholar after graduation and spent a year abroad studying volcanoes and volcanic patterns in the Philippines. According to Kelley, after struggling to fit a study abroad program into her undergraduate program, she was encouraged by a faculty advisor to consider a Fulbright Program.

However, Kelley’s research in the program did not turn out the way she wanted it to. She realized that her goal was not achievable and she struggled with facing that fact until the Director of the Fulbright Program told her to focus more on the cultural exchange aspect of the program first and her research second.

“That was the really transformative thing for me,” Kelley said. “Taking what was originally my vision of what my experience was going to be, and letting that go. And then allowing the experience to control me.”

After receiving her undergraduate degree, Kelley attended Boston University, where she got her Ph.D. in Earth sciences. Now, Kelley teaches “volcanoes and the environment” at URI, a general education course for undergraduates.

Sophomore Michael D’Agostino is currently enrolled in Kelley’s class and sees her as an influential professor.

“[Professor] Kelley is so thorough in each lecture and I really like how much excitement she has for her work because that’s really not something you always get to come across as a student and when you do it makes learning fun,” D’Agostino said.

Kelley’s favorite volcano is Mount Mayon in the Philippines.

“It’s a magnificently beautiful volcano,” she said. “You can drive all the way around it from every side and it has this symmetrical volcanic cone. It’s just so beautiful.”