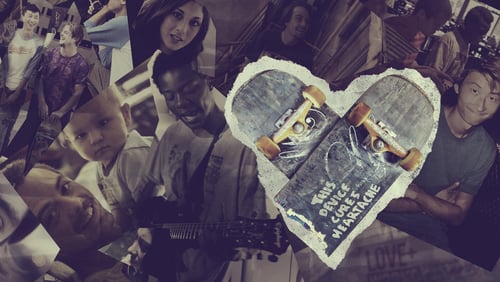 Documentary “Minding the Gap” by Bing Liu, was made with over 12 years of footage and tells the stories of three young boys. Photo from ScreenRant.

“Minding the Gap,” a documentary by Bing Liu, tells the story of three boys who have grown up together in Rockford, Illinois, find a sense of belonging, friendship and therapy through skateboarding as an escape to their tumultuous upbringing.

Shooting videos of him and his friends skateboarding around Rockford while growing up, Bing Liu compiled over 12 years of documentary footage into “Minding the Gap,” delving into the masculine complexities him and his friends have, and continue to wrestle with based upon their past, present and future goals in life.

Throughout the documentary, Bing focuses on two of his friends, 23-year-old Zack and 17-year-old Keire, as well as himself. The documentary begins with clips from their days of seemingly fun-loving, laid-back childhood, being rowdy, rebellious and carefree. However, one of the opening clips shows Zack, Keire and Bing skateboarding down a desolate road and across a deserted bridge as the sun sets around them. This scene reveals to audiences that there is a deeper emotional connection to their skateboarding, a metaphor for the entire documentary.

While this documentary is about skateboarding in many ways, there is so much under the surface which makes it such an incredible story, one that is able to be related to and empathized with a broad range of audience members.

Bing captures Zack and his girlfriend’s relationship deteriorating after the birth of their son, his struggling with work, school and providing for his family while still remaining his true self. Keire’s life is also delved into; his struggle with his racial identity, the death of his father, family responsibilities and dynamics of branching off into finding his passions. All the while, Bing ties in his own past with his family growing up, turning their chaotic childhood stories into forgiveness and growth.

Additionally, whenever we would talk about any aspect of “Minding the Gap,” a form of skating would pop into our world. Whether we would come across a skatepark in the most random parts of cities, wander into a skate shop or walk into herds of skateboarders, it felt as though this documentary was haunting me before I had even seen it.

By the end of the summer, I knew that I needed to watch “Minding the Gap” and finally, the day before I moved back to school, I did. It did not disappoint.

While I have a few hypotheses, I am unable to pinpoint exactly why this documentary impacted me more than any other piece of media I have ever consumed before. Perhaps it’s for a reason unknown to me at this moment, but either way, despite the fact that although according to the Chinese zodiac, 2019 is the year of the pig, for me, this was the year of the skateboard.

An uncanny number of people, places and things coincidently connected with skateboarding in some way, shape or form, entered  my life this past year and while not all remain in my life in their original form, to this day, I am grateful for what they all taught me and because perhaps they just led me to watch “Minding the Gap” and rediscover what I want to accomplish in life. Who knows, maybe it will have a similar effect on you.

This five-man band brings a new sound to campus

‘Sonic’ is fast, filmmakers are slow to realise that this isn’t it