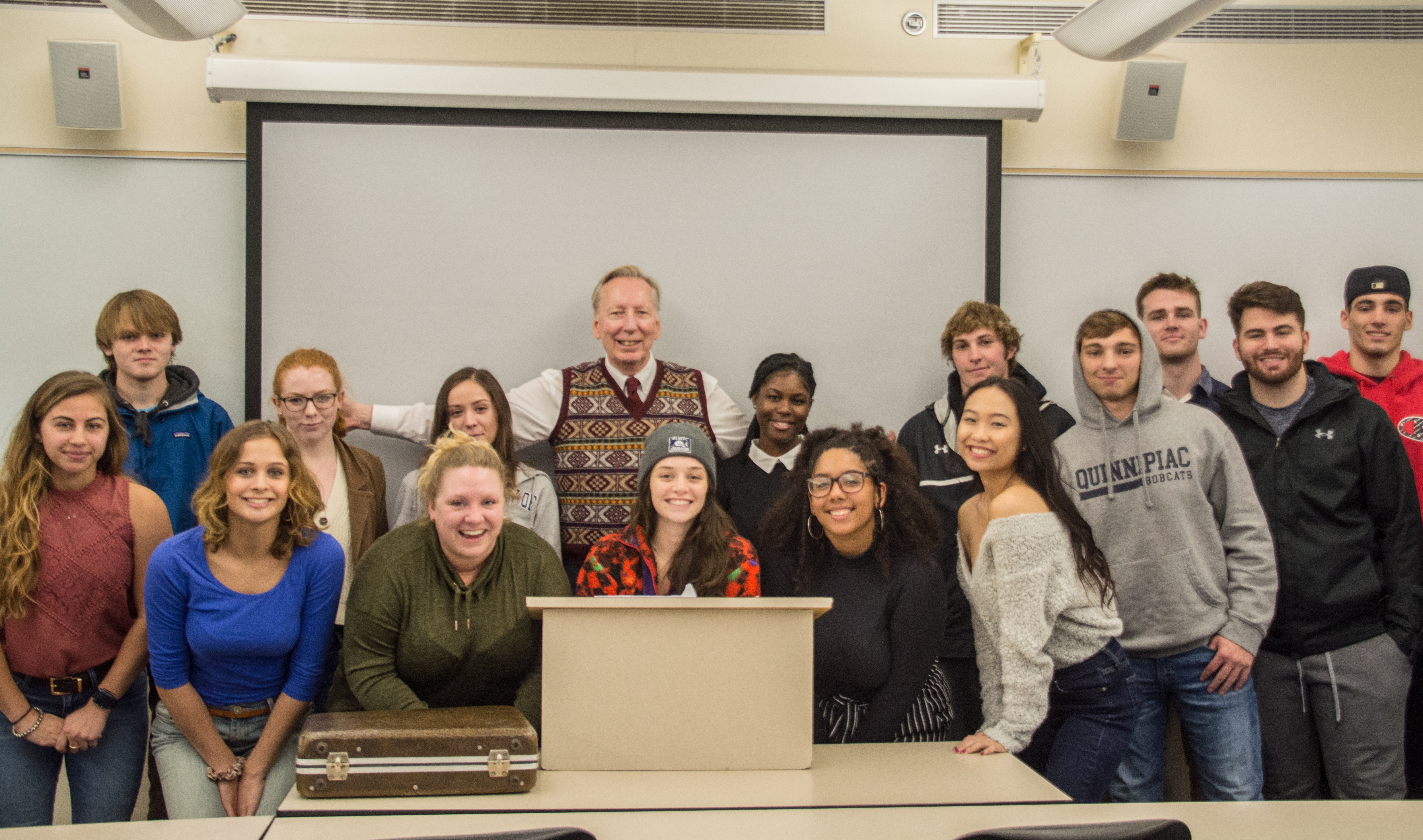 Professor Robert Burns teaches his students how to give an elevator pitch. Photo by Autumn Walter.

“If someone told me I was going to help thousands of people learn how to speak and overcome their speech fears I would’ve said ‘you’re joking’ because I never envisioned that for myself. I had no inclination of doing anything other than being silent.”

Growing up, Robert Burns, a professor at the University of Rhode Island, had a severe stutter and a fear of speaking. But one day, Burns made a commitment to himself that he was going to do something to overcome his fears.

“I made a decision one day, in a classroom in high school that I was going to do something to overcome my fears,” Burns said.

Burns has been teaching COM 202: Public Speaking in the communications department at the University of Rhode Island since 1989. For this course’s final he requires students to prepare and give an elevator speech.

This style of speech dives deeper into who that person is, all their skills and experiences and persuades someone, usually an employer, on why they should hire you.

Burns said that this assignment is challenging, but in one semester there are students whose public speaking skills improve greatly. He also said that many students tell him they went on to use their final elevator speech to get a job outside of URI.

Junior Caitlin Kelly enjoyed how practical this assignment was. She said that an elevator speech is something you need to have down and it helped her get an internship.

“I did an internship that summer following [the class] and they were like ‘so tell me about yourself,’” Kelly said. “I had that elevator pitch in my back pocket that I already practiced and rehearsed in class in front of my fellow classmates and Professor Burns. So I already had the experience and being under pressure and still being able to present yourself.”

Many students enter the class with little public speaking experience or have speech anxiety. However, Burns recognizes how isolating it is not to have a voice and he takes his personal experiences to motivate him to help others who may be in similar situations.

“I said to Dean Riley once that it’s awful not to have a voice and not to be heard,” Burns said. “It’s limiting and isolating. It alienated me from others and made me like it was me against the world.”

“At the beginning of the course, I was very nervous about taking a public speaking course because I have never truly loved speaking in front of a large group of students but Professor Burns convinced me I could do it and helped me along the way,” she said.

Along with students, Burns has also helped professional athletes, celebrities and those who hold high business professions overcome speech anxiety and work on their public speaking skills.