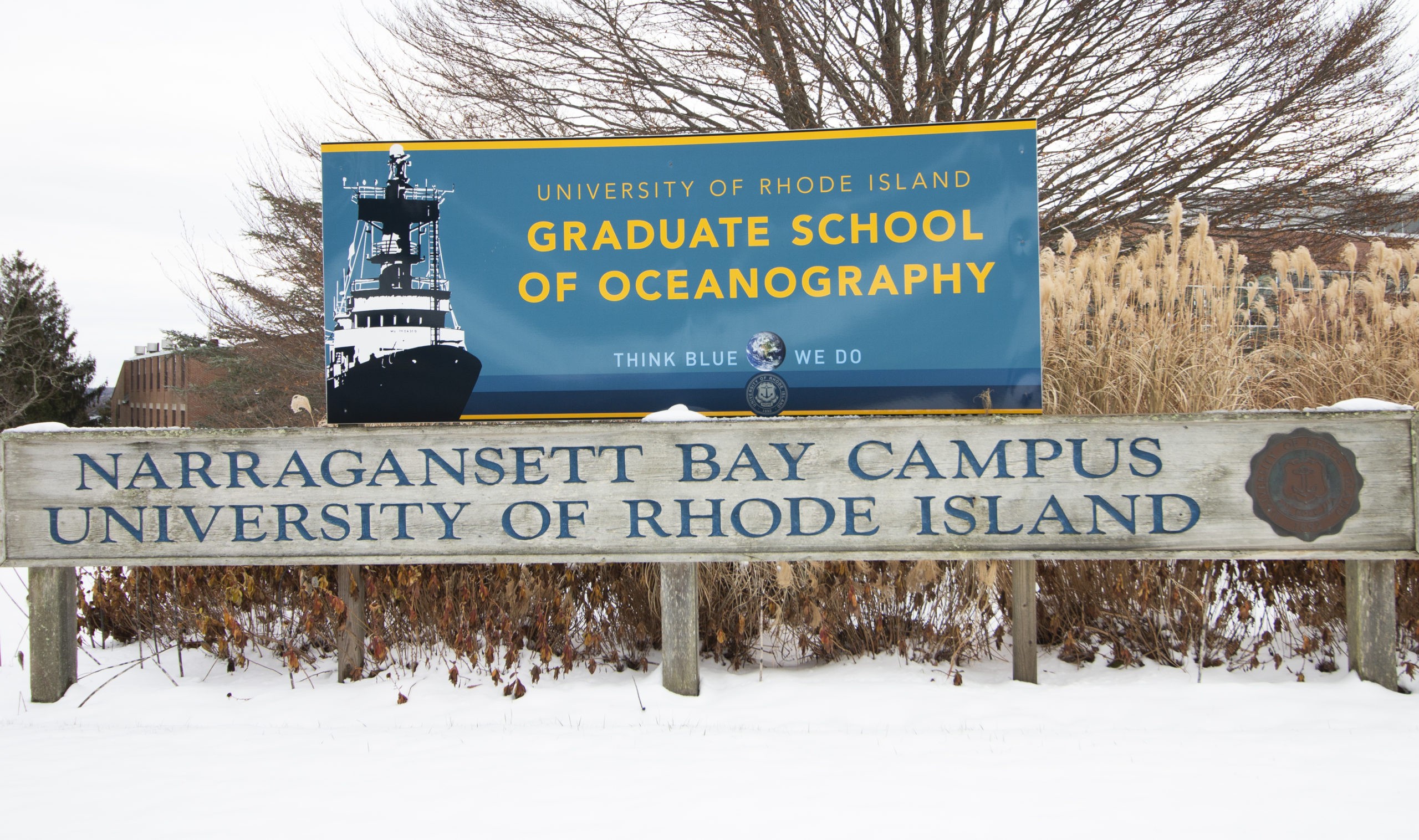 The Narragansett Bay Campus is gearing up for major upgrades such as a new pier and buildings. Photo by Grace DeSanti.

A new pier and two new buildings will be added to the University of Rhode Island’s Narragansett Bay Campus in the coming years, which will be funded by the $45 million that Rhode Island voters approved by voting ‘yes’ on Question 2 in 2018.

The Narragansett Bay Campus is home to the Graduate School of Oceanography. According to James Patti, the director of administration for the Graduate School of Oceanography, the money will cover a brand-new pier to accommodate a new research vessel, a new marine operations building and a new ocean technology and robotics center. An additional $2 million in funding will come from a private donation.

These additions are the first phase of a two-phase master plan that will cost a total of $300 million.

Patti explained that the new pier on campus will be larger than the existing one and its orientation will be shifted.

A new pier is needed because URI recently acquired a new, larger research vessel with a dynamic positioning system from the National Science Foundation. It is currently being built in Louisiana and will arrive on campus in spring 2022.

“That was a huge win,” Patti said. “It was a big team effort. A lot of people internally and at other institutions helped us get that award and we’re so thrilled.”

In addition, the new pier will be raised approximately five to six feet.

“The reason for that is sea-level rise,” Patti explained. “And so we’re building a pier that we hope will last 50 plus years.”

According to Patti, the funding also supports the construction of a new marine operations building at the Bay Campus. The building will be used to support the new vessel and it will include new office space for the land-based staff in charge of the current research vessel. These first two investments will cost approximately $15 million.

Additionally, Bruce Corliss, the dean of the Graduate School of Oceanography, said a new ocean technology and robotics center will also be built.

“It’s a building that will be used by faculty and students with a focus on oceanic technology and sensors,” Corliss said.

The sensors that will be housed in the building can observe the surrounding environment and will provide vital data for researchers.

After construction on these projects begins, the next step in the master plan will be to replace older, outdated buildings on the Bay Campus. These include the Horn Research Lab and the Fish Building. Patti said that replacing the interiors of these buildings was a better option than renovating the interiors.

“If you renovate, you disrupt a lot of research,” he pointed out.

Corliss said that the improvements to the Bay Campus not only provides great research opportunities for both graduates and undergraduates, but it also benefits the state’s economy and future workforce as a whole.

“Over the last 10 years, we’ve brought in $330 million of research funding to the campus, which if you extrapolate that out over the next 30 years or so, it’s over a billion dollars that will be coming in,” Corliss said.

“All Rhode Islanders can be proud that URI has a leading program in oceanography that is respected worldwide,” Patti said. “Our campus has not kept up with our scholarly contributions and our research requirements. The urgent need is to rebuild the campus so that that leadership position can continue for another 50 years or more.”