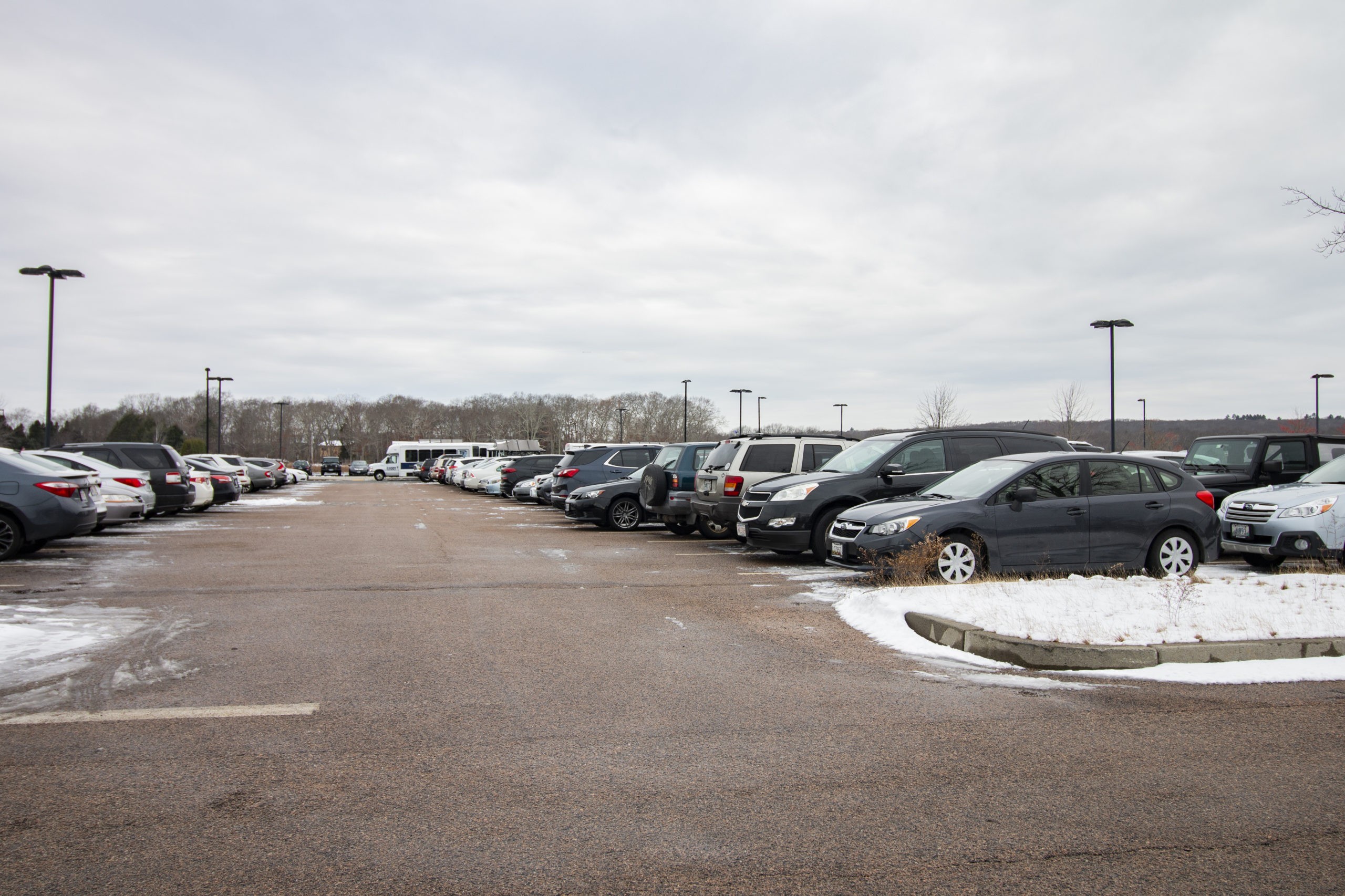 New carpooling passes were implemented this semester for commuter students who wish to save money on parking. Photo by Grace DeSanti.

The University of Rhode Island launched its carpooling permit program for commuters this semester, which has so far yielded varying degrees of success.

Transportation and Parking Services began offering carpool permits this semester. Carpooling permits cost $200, but the cost is split equally between the number of people registered under the carpool.

According to Vice President of Administration and Finance Abigail Rider, 103 students have purchased a total of 42 carpooling permits. Most of the permits consist of two people, but Rider also said that groups of three or four students have also purchased the pass.

Rider said that these numbers are about what she expected for the first semester of the plan, and that particular groups of students were more likely to use the permit.

Student Senate President Nick Marotta advocated for designated carpooling spots last semester, partially because he noticed that finding a commuter parking spot on campus seemed to grow more challenging each year. Through a carpooling plan, he said that students can save spots and manage the demand for parking. According to Marotta, 55 single commuter parking spaces have been freed up on campus since the plan was implemented.

Marotta said that the senate helped determine the location of the designated carpooling spots. He explained that the chosen carpooling spots in both the Plains Road lot and the Fine Arts lot were purposefully chosen to be convenient and to encourage students to carpool so they could park there.

“They’re right next to the shuttle or the edge of the Fine Arts lot,” Marotta said. “Why people would not want to park there shocks me.”

Some students have not seen much usage of the carpooling spots, even among the demographics that Rider said were most likely to.

“I haven’t heard of anyone using them so far,” junior nursing student Kellie Evola said. “I believe people just enjoy the [convenience] of having their own car in Providence with them. And I believe the people are carpooling to Providence but maybe not meeting up at school so they don’t have to pay for parking.”

Rider said that the carpooling permit is part of a larger “demand management” plan that includes the promotion of alternatives to typical campus parking. These alternatives include the carpooling program as well as the UPass program, in which students can park in the Wickford Junction Garage 20 minutes away from campus and take a RIPTA bus to campus. Rider also said that not allowing first-year residents to bring their cars to campus helps manage demand.

Students have voiced concerns regarding parking for years, but some are more optimistic than others. Senior communicative disorders major Lindsay Baron does not know any students with carpool permits, but believes that the other efforts have helped manage parking slightly.

“I actually haven’t had as much trouble this semester as I did last semester,” Baron said. “I think freshmen not having cars for sure helped. Fine Arts is a bit of a bloodbath still, but I just wait until classes change then follow people to their cars and take their spot.”

Although many students have supported the creation of an additional commuter parking lot, Rider said that there are certain barriers that prevent the University from doing so. She said that some land that students point to as potential lots are either already in use for agriculture or campus recreation, or are unsuitable to become a parking lot because the lands are wet, and would result in sinking. This is why Rider has promoted different ways for commuters to get to campus. However, Rider is not completely opposed to creating new lots.

“Right now what we’re looking at is, we’ve sort of tried to squeeze all of the excess out by managing demand,” Rider said. “And now what we’re looking at is, okay, given the overall growth of the University, do we need another parking lot or not? So the idea is not that we’ll never ever build another parking lot, but we’re not going to go one if we don’t need to.”