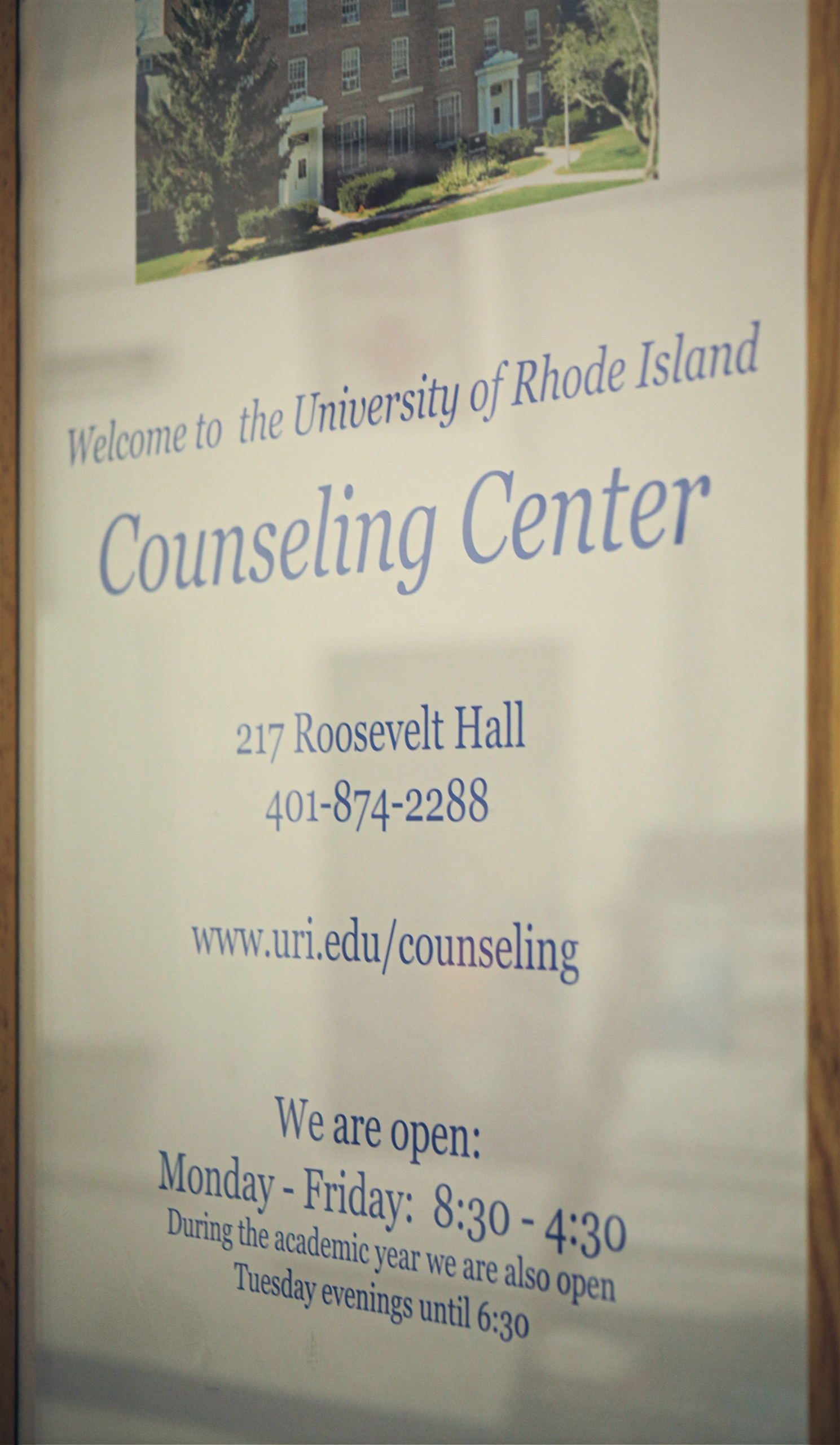 Although the Counseling Center is a great resource for students, they are unfortunately understaffed. Photo by Nicole Perelli.

Some students at the University of Rhode Island have voiced concerns that the Counseling Center, with only 12 full-time counselors, is understaffed and struggling to meet the needs of over 14,000 students.

In addition to the 12 full-time counselors, there are two part-time counselors and three graduate students working in the center. However, the number of students seeking help has risen by 20 percent over the past five years, according to Cory Clark, the assistant director of training at the Counseling Center.

The lack of staff and the quality of therapy being administered has become a common complaint among some students.

Senior Christopher Alves, a public relations student, sought help from the counseling center his sophomore year, but was told that he could not be served because they do not have enough counselors to meet the needs of students coming in. He was referred to off-campus counselors, but did not have the transportation to go off-campus. Alves said the center did not have a solution.

“Reaching out always takes a lot out of me, it takes a lot out of all students,” said Alves.  “It’s such a hard thing to do and it’s so disheartening that when you are brave enough to actually reach out that there isn’t a support system for those people to actually get the help they need or are looking for.”

A URI student who did not want to be named said that she attempted to utilize the center twice, but stopped because she felt as if she was being rushed out due to the amount of other people the staff has to see.

According to Clark, the center can offer short-term therapy. Students who require more thorough treatment are given other alternatives, such as group counseling in the center or psychology centers on campus. However, more often than not, students are given referrals to counselors off-campus.

Those who are able to meet with a counselor have also experienced difficulty booking sessions. According to another student who wishes not to be named, her counselor would only be able to meet with her every three weeks, because his schedule was always full. In her opinion, this stunted her progress significantly.

The University has advocated for mental health awareness and encouraged students to seek help through recent events such as the Be 5k run and Fresh Check Day.

However, despite the growing number of students the center serves, the budget has limited the center’s growth. According to Clark, the Counseling Center can not afford to hire more counselors to meet the need right now.

Clark said that requiring a service fee for those who utilize their services had been proposed in the past, but the center chose not to implement this in fear that it would discourage students from seeking help.

“We are always looking to grow and always looking to get more staff, we have presented a petition to get more staff, but there are lots of needs and lots of departments across the University,” said Clark. “I think the challenge on our campus is resources aren’t always in walking distance. It would be nice if we had the resources to provide whatever therapy was necessary to the students, but it might not be so realistic.”