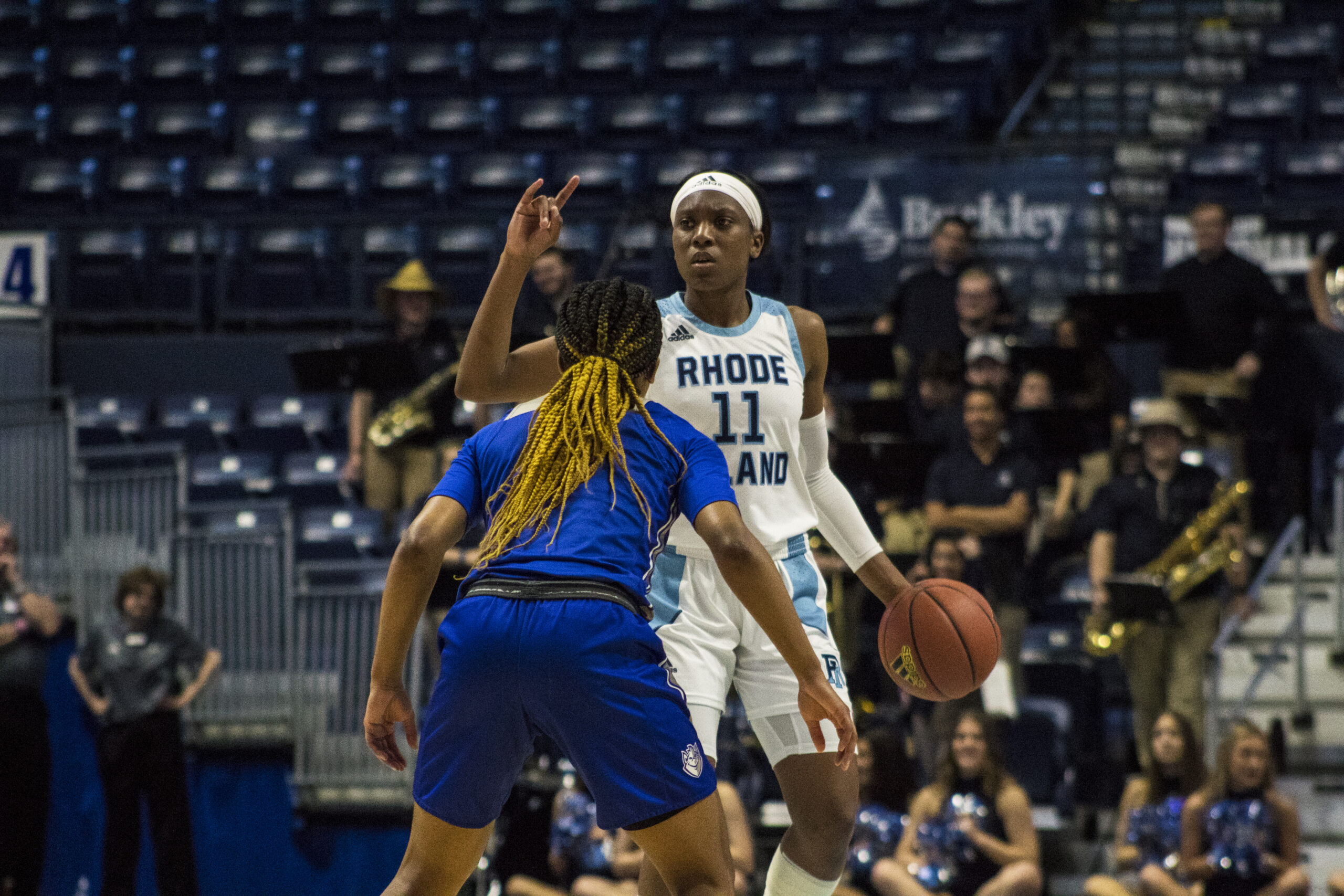 This past Sunday, the Rams took the trip up to Dayton to face the league leading Dayton Flyers in an afternoon matchup. The Flyers came into the game winners of 11-straight and a perfect 9-0 record in the Atlantic 10. The Rams were looking to break their 15-game losing streak against Dayton and stay on track for one of the eight spots in next month’s conference tournament.

Turnovers were the story of the game for the Rams. Heading into the second quarter down 13-9, the Rams gave up the ball eight times allowing the Flyers to stretch the lead to 13.  The Rams were able to bring the deficit to nine at the half by getting to the free throw line.

The Flyers would pull away in the second-half thanks to four made three pointers in the third period. The Rams would counter with a run of their own in the fourth quarter, but the early turnovers would prove to be too much for them to overcome. The Flyers would come out with a 71-60 victory to extend their winning streak to 12 games.

The Rams returned home Wednesday night to face the St. Louis Billikens. The Billikens headed into the Ryan Center with a 14-9 record, a 6-4 record in A-10 play and winners of their last four games.

Rhode Island was able to stop the Saint Louis streak, edging past the Billikens by a final score of 72-63. This was a much needed win for URI, as coming into this game they were on a two game losing streak, and had dropped four of their last five. Junior Erin Jones paced Rhody, scoring 19 points and hitting four threes. Jorgensen tallied a double-double, finishing the game with 13 points and rebounds. Dale also scored 13 while having seven assists. Redshirt junior Megan Oberg was the fourth and final Ram in double figures, scoring 10 points and also grabbing eight rebounds.

The Rams return to the court this Sunday for a home match against St. Bonaventure. Tip off begins at 1 p.m.