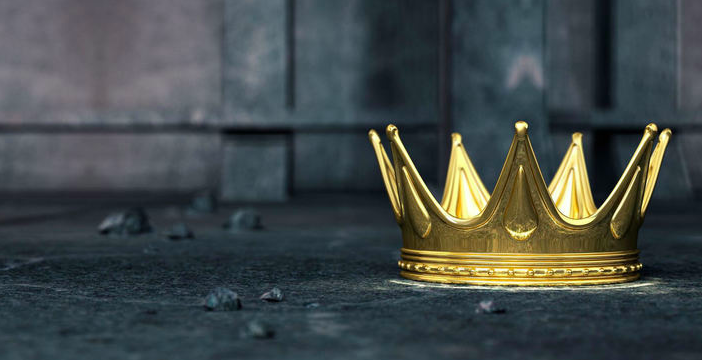 When the lights dim in J Studio, audiences may think they walked into a rave as strobe lights fill the intimate space and Martin Garrix’s “Animals” blasts. But when the dialogue begins, it quickly becomes clear that you’re in for a night of Shakespeare.

The University of Rhode Island’s modern production of “Richard III” opened Thursday, Feb. 20 in J Studio in the round. The classic Shakespeare play tells the tale of Machiavellian’s Richard III, played by junior Matt Oxley, and his rise to and fall from the throne through a series of murders and family betrayals.

I myself have never seen a live Shakespeare play, nor have I seen any Shakespeare film adaptation without having read it first. This production has the daunting task of making the story with its complex script, many characters and all of their connections understandable to audience members who have never read or seen the story before. On the other hand, they have the equally formidable task of living up to the classic Shakespeare work for the audience members who are familiar with it.

This is a task the cast meets brilliantly, particularly by Oxley in the titular role. He is often alone on stage, delivering monologue after monologue to the audience with such passion and conviction in his words, capturing his audience throughout. Oxley assumes both roles as protagonist and villain with apparent ease, dazzling audiences with his performance. He perfectly captures both the evil, sadistic, manipulative, crazed side of the character along with his intelligent, charismatic and witty side. His rise and fall is full of entertainment while blood is shed and the tone becomes darker and darker.

Other standouts are the three widows: Lady Anne, played by junior Erin McGowan, Duchess of York, played by junior Mary Mullane and Queen Elizabeth played by Lorraine Guerra. All three women portray their grief and anger at Richard with such brilliance and heart-wrenching anguish, making the audience feel their character’s feelings deeply.

Sophomore Alana Parrott is terrifyingly good as one of Richard’s main supporters, Sir Richard Ratcliffe, who also serves as the executioner of his many victims, favoring methods such as strangulation and burning his victims alive. With each kill, Parrott establishes her Ratcliffe as deliciously evil, willing to go to any lengths for Richard.

While some of the dialogue may seem too complex to follow at times, the actors ground Shakespeare’s play, helping the audience to understand the tone and the circumstances even if they do not understand certain lines. This tone is not just set by the actors, but by the lighting as well.

Strobe and flashing lights are used multiple times as well as sole spotlights to display the darkness of the events happening onstage. The set also functions as parts of the stage, actors coming and going, climbing up and down ladders and performing from the steps next to the audience’s seats. The scenic design, done by senior Jeremy Chiang, allowed for an even more intimate setting as well as some audience participation.

On the floor of the stage lies one ever-prominent set piece: the elusive jagged throne. In the minimalist set, it’s the only piece that remains on stage, reflecting Richard’s desires and downfall, encapsulating his character in one symbol.

“Richard III” will continue nightly 7:30 p.m. performances in J Studio on Feb. 21 and 22 and from the 27 to 29 as well as two matinee performances at 2 p.m. on Feb. 23 and March 1. Tickets can be purchased online or at the box office located in the Fine Arts Center.