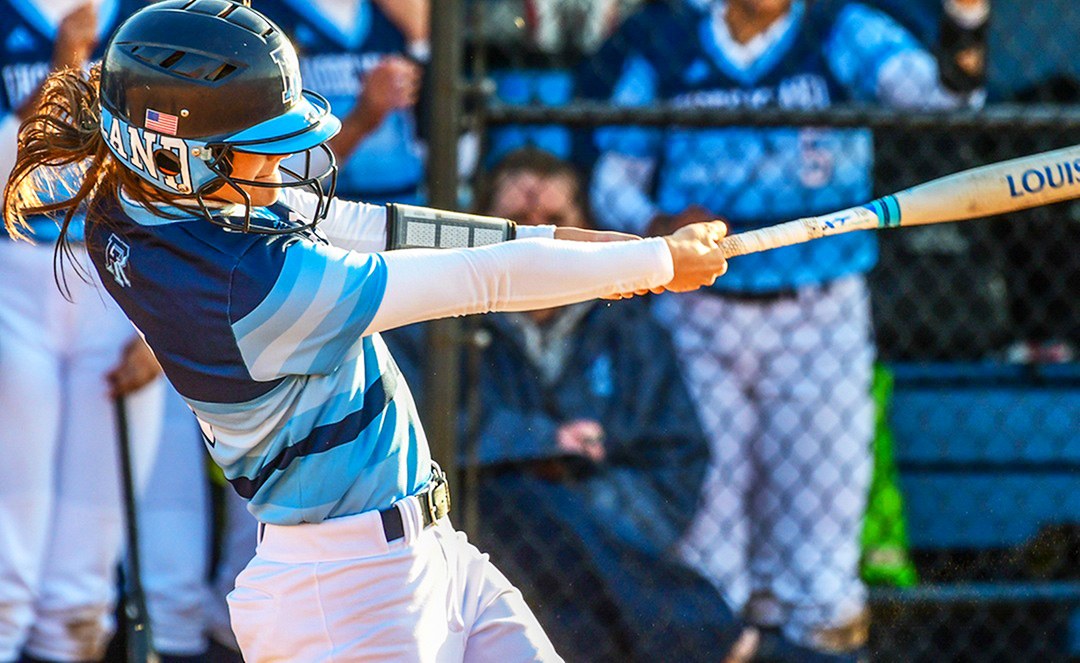 The Rhode Island women’s softball team squared off with East Tennessee State University, Kennesaw State and Marshall University over the weekend in the Bailey Memorial Softball Tournament in Kennesaw, Georgia.

Rhode Island came away with only one victory on the weekend, a 2-0 win over the lowly ETSU Buccaneers.

Senior Sarah Gunderson was virtually flawless in the circle for the Rams once again allowing just five hits through seven innings of shut-out softball.

“I’ve just kind of had a whatever happens, happens attitude,” Holland said. “I’ve just been a lot more confident at the plate and stayed out of my own head.”

Rhode Island got the scoring started when Faith Musselwhite singled home pinch-runner Caitlyn O’Leary to put the Rams up 1-0 on the bottom of the sixth.

The team tacked on another run in the top of the seventh when Rachel Zingerman struck out looking, but Buc’s catcher Kelsey Brown dropped the ball and Zingerman advanced to first with senior Alex Plesac scoring, putting the Rams up 2-0.

In game two on Friday, senior Erika Yaeger drilled a three-run home run in the top of the first, giving Rhode Island a 3-0 lead. KSU answered quickly, however, scoring a run in the bottom of the first.

Kennesaw State would go on to score seven more unanswered runs behind a three-run home run off the bat of junior catcher Lexi Solorzano. Rhody ultimately fell by a score of 8-3.

On Saturday Rhode Island squared off again with ETSU, and Buc’s pitcher Kelly Schmidt was dominant against the Rams. Going into the bottom of the seventh Schmidt had yet to surrender a hit until Rachel Zingerman hit a single with one out to silence the no-hit bid. ETSU scored four in the top of the fourth en route to a 4-0 win.

Game two was over just about as soon as it started. Kennesaw State scored two runs in the first and four in the second on their way to an 8-0 six-inning mercy rule shutout.

In Rhode Island’s final game against Marshall on Sunday, it was death by a thousand papercuts. The Thundering Herd had 14 hits over just five innings in their 8-0 win. Rhode Island had just one hit from sophomore Ari Castillo.

Rhode Island will head out to California to play in the Demarini Invitational and the Stanford tournament where they’ll play games against St. Francis, University of the Pacific, and Pacific 12 powerhouse Stanford University. Live stats for those games can be seen on gorhody.com.