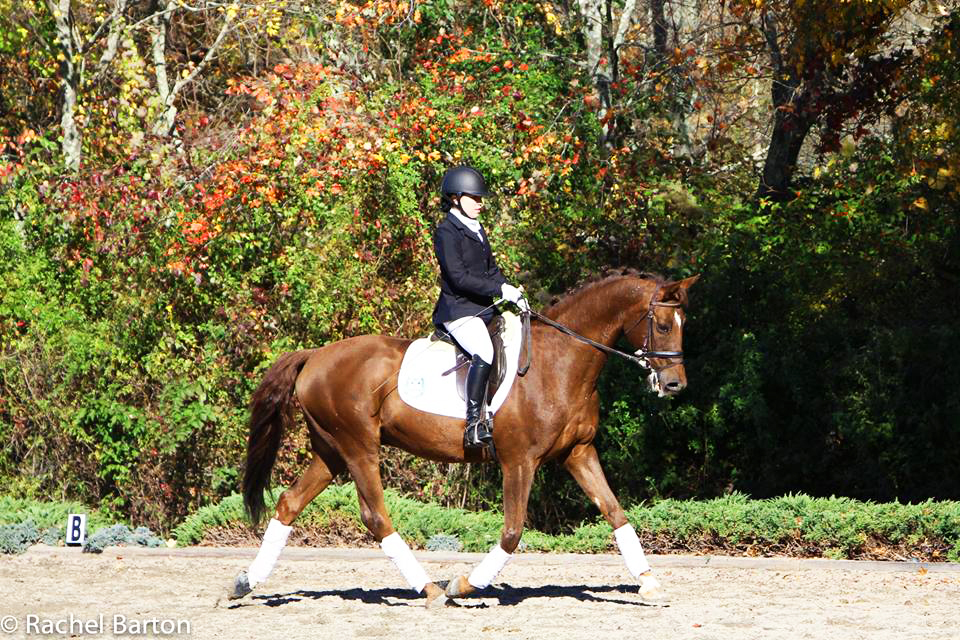 The University of Rhode Island Dressage Club is a place where students can explore a passion for horses through horse care, dressage practice and competitions.

While equestrian style is focused on horse jumping skills, dressage focuses more on different types of trots that the horse can perform.

Kaylee Goyette, a sophomore international studies and diplomacy major, has been a  member of the Dressage Club since her first semester at URI and had been riding dressage since she was 6 years old.

“I remember I asked my parents for lessons when I was little,” Goyette said. “I went and I had a lesson on this big brown horse and after that I never stopped.”

Goyette started looking into attending URI in her sophomore year of high school, partly because the University has a dressage team. She is not only immensely passionate for the sport, but also for horses.

“Dressage is more about the rider’s connection with the horse under the saddle,” said Goyette.

Lizzy Bell, a senior nursing major, is the captain of the Dressage Club and has also been riding horses since she was 6 years old.

“My grandfather used to bring me to see the horses down the street when I was younger; it’s been love ever since,” said Bell. “I continue to ride every day because of the way it feels to be in the saddle. I really can’t explain the connection you feel when riding a horse you really care about.”

Goyette said that one of the most difficult parts of the competition is that riders ride a random horse that they have never ridden before and only have about 10 minutes with their horse and coach to build a connection before they go out to compete.

Performances start with a salute to the judges, and only last about two to five minutes, for the rider and horse to show off different styles of gaits and steps.

Students on the dressage team are not only team members, but friends, and create a sense of community between both riders and lovers of the animals.

“My favorite thing about the dressage team is all my teammates,” Goyette said. “They make everything more fun.  I’ve never been in a place where everyone loves horses and they understand the same thing, like being sore from riding. Having people to share experiences with is amazing.”

According to Goyette, Bell organizes practices around when certain groups of people are available to go to the stable. There is not a set time that the members of the team sit down for a meeting. However, lessons are held every week at Stony Creek Farm in Swansea, Massachusetts and different members will go at corresponding times, depending on who is free and who can carpool.

Currently the dressage team is looking for new members. Dressage is a Student Senate recognized organization.

“We take new members really anytime,” Bell said. “We do placement rides in September but we are always open to tours and rides at any time in the academic year.”  For anyone interested in joining or learning about the URI Dressage Club, email uridressage@gmail.com for more information.