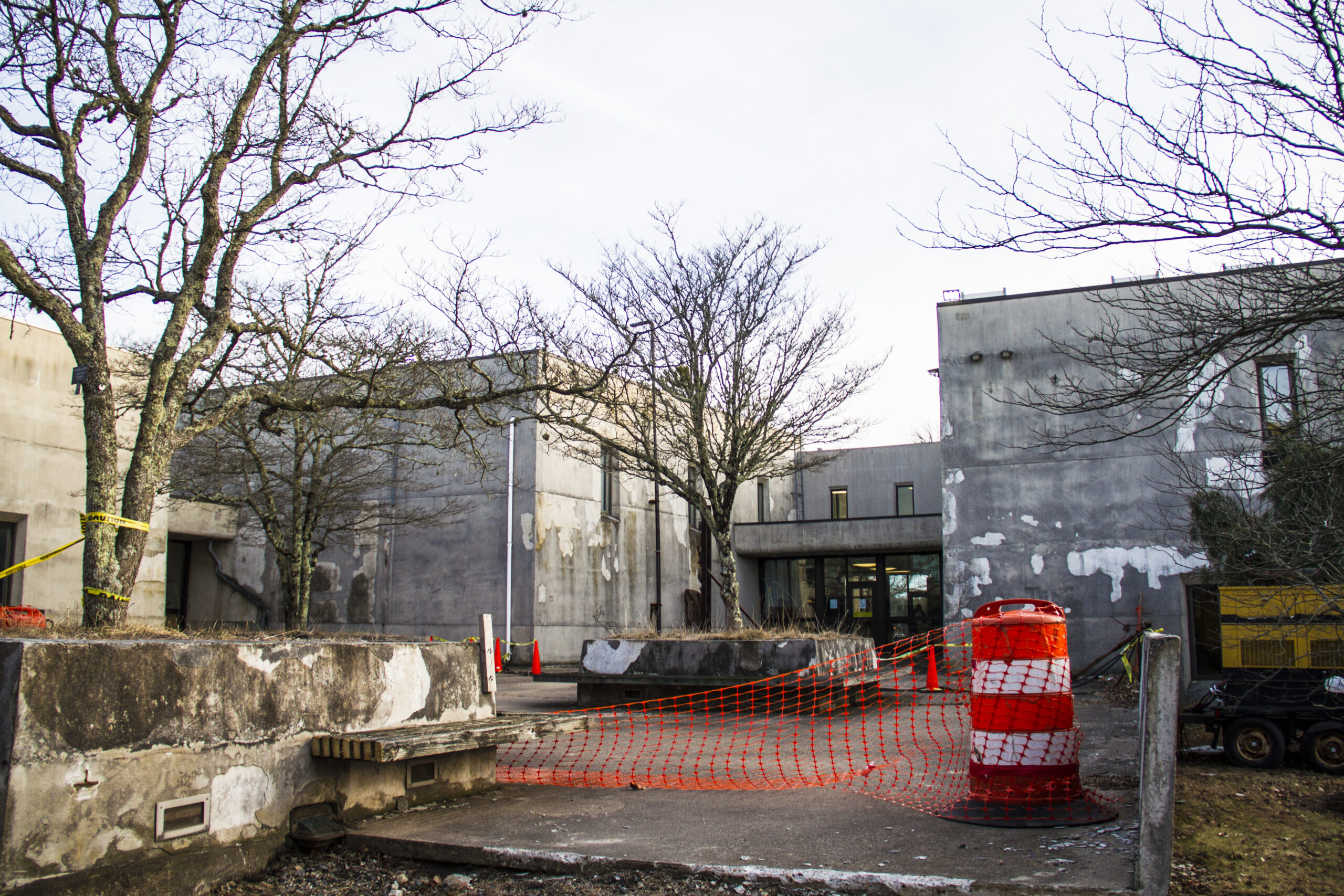 The University of Rhode Island’s Fine Arts Center is undergoing renovations that administrators hope will lead to increased enthusiasm towards the arts and a better learning environment for students and staff.

According to Associate Dean of the College of Arts and Sciences Nedra Reynolds, who has been part of weekly construction team meetings since May 2019, there are two construction phases the Fine Arts Center will go through. Phase one, which has been underway since last spring, encompases both the exterior and interior of the Fine Arts Center. Phase two will be decided on in a state-wide referendum, and would involve reconstruction of certain wings of the building.

In phase one, the most visible work is on the exterior, which involves adding brick to specific wings of the outside of the building. Reynolds said that the construction team will be stopping work on the exterior brick for the winter and starting up again in the spring when it will be completed.

While the interior work that has been underway has been more inconspicuous, it has been crucial for the long-term quality of the building.

“It’s not visible because a lot of it has been literally under the floor or up in the ceiling,” Reynolds said.

Reynolds said that one of the most significant changes to the building is the addition of a new drainage system at the building’s foundation which diverts a stream of water to a new path. The water used to run directly under the building.

“There [have] been a lot of changes to the building and one of the most significant ones is probably that it has always been a very damp building, a lot of mildew, things like that,” Reynolds said. “It’s going to be a much drier building and of course, more long lasting.”

In addition to the drainage work, which will preserve the interior and exterior, new windows and doors will be added, which will allow more light into the building.

“In November of 2020, when we have the presidential election, there will be on the Rhode Island ballot a bond for phase two of the Fine Arts Center of URI which is going to be approximately $50 million,” Reynolds said. “With the approval by the voters of that bond issue, we can go forward with phase two.”

In phase two, specific wings of the Fine Arts Center will be demolished and a new section will be built.

However, while certain wings of the building will be reconstructed, Reynolds emphasized that one of the objectives of the project is to preserve the theaters and concert halls, which would be very expensive to replace.

Phase two would begin, at the earliest, in spring of 2021 and will take over a year to complete. While the timeline is still underway and dependent on many factors, Reynolds sees that there may be a possibility of having the Fine Arts Center’s renovations be completed by 2023.

“It’s definitely going to, in the end, be a Fine Arts Center that the whole state can be proud of and benefit from,” Reynolds said.

Reynolds said that she, as well as everyone else on campus, recognizes that the Fine Arts Center looks as though it is in dire need of help, especially due to the fact that it sits across from new buildings.

“It’s important to treat music, theater, art and the fine arts as valuable as engineering, business or as some of the other areas that have had some of the newer buildings,” Reynolds said.

Reynolds also believes that the renovation of the Fine Arts Center will increase students interest in the arts and will lead to a better environment for students who are working in the building and spending time in rehearsals and studios.

“Space matters and the environment that we are in matters,” Reynolds said.  “It’s important for those dedicated students, who spend so much time in rehearsals and practice, that they have a really nice space to be in.”

Julia Nelson, a third-year student majoring in art, believes that students who are in other departments will take art more seriously with the renovations to the Fine Arts Center.

“I think people tend to believe that ‘If the Fine Arts Center is literally falling down around us, then how could we be as dedicated to our studies?’” Nelson said. “So even if we are, with the renovations, students in the future will definitely be given more credit, which I’m excited for.”