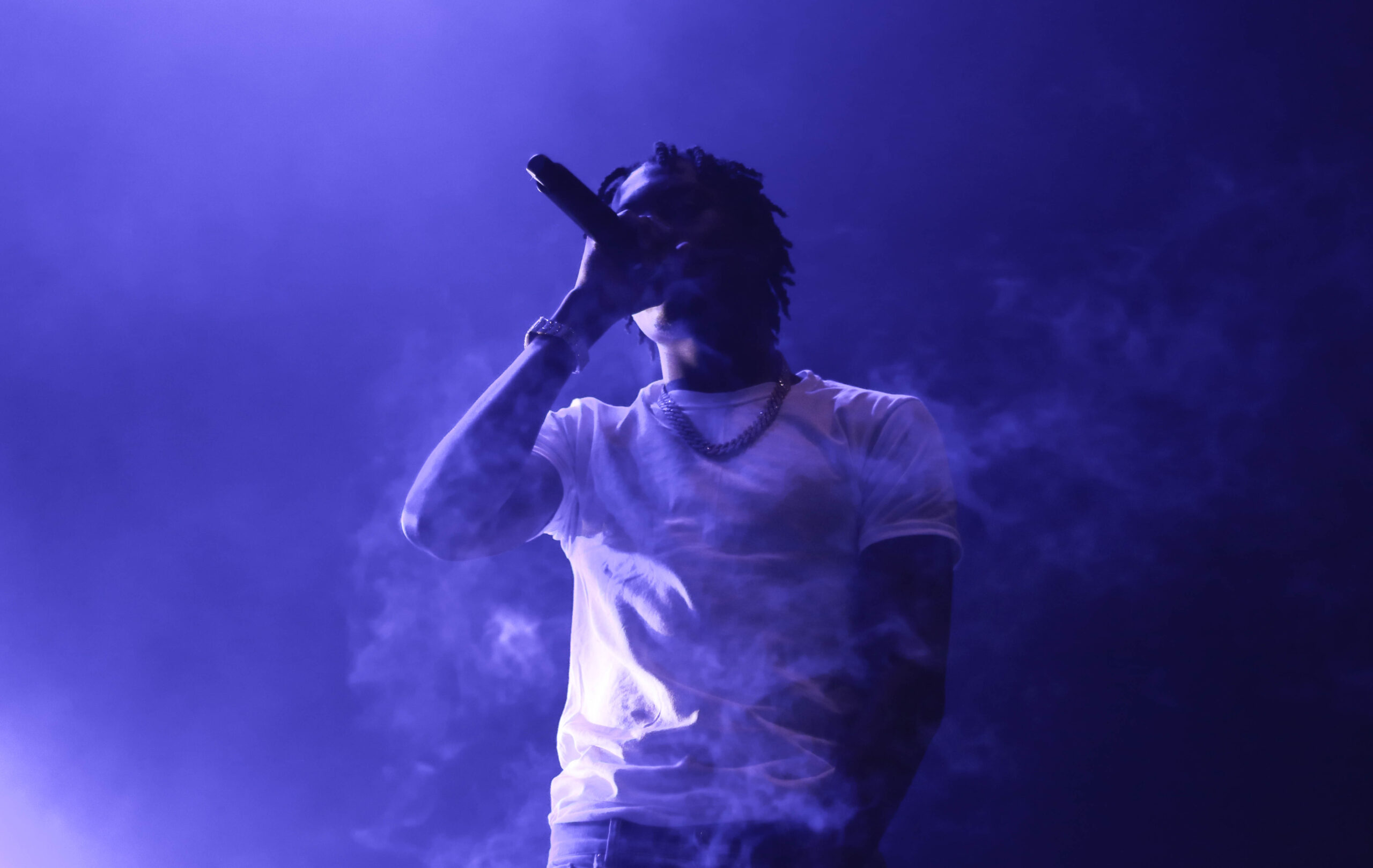 On tour for his album “True 2 Myself,” Lil Tjay was able to make a stop in Rhody and perform some tracks from his recent album, as well as some of his older work for his day one fans.

Prior to Lil Tjay’s appearance, local Rhode Island artists such as Hamad PVD and Dee Gamos opened for the Southern Bronx rapper and singer. Dee Gamos and Lil Tjay collaborated on a track called “Replay” in 2018.

Other artists were also able to share their music during the event. Atlanta-based artists Mulatto and Big Havi performed in Rhode Island for the first time, and were able to interact with the crowd during both of their performances. In 2019, Big Havi released his single “9 Times Out of 10” featuring one of Atlanta’s finest rappers Lil Baby, who performed at URI in the fall of 2018. Throughout the concert, several DJs such as DJ Screwloose and DJ Dymand showed off their skills on the turntables and paid their respects to the passing of recent artists such as XXXTentacion, Juice Wrld and Pop Smoke.

Right before Lil TJay’s appearance on stage, music was being played that was tributed to the passing of his good friend Bashar Barakah Jackson, professionally known as Pop Smoke. As soon as the South Bronx artist made it to the stage he performed “War,” one of the well-known tracks he has with Pop Smoke. Lil Tjay also managed to play other well-known Pop Smoke songs such as “Welcome to the Party” and “Dior.” Showing his love, respect and appreciation for his fellow New Yorker, Pop Smoke also released his second album “Meet the Woo 2” on Feb. 7. This was only 12 days before his death and contains tracks that Lil Tjay was featured on that were performed during the concert.

As Lil Tjay performed his heart out, he took the time to interact with everyone in attendance. He and the others on stage showered everyone with water from squirt guns and even threw water bottles into the crowd to intensify the energy in the Ryan Center. From his earlier track “Resume” to a featured track “Pop Out” with New York rapper Polo G and his most recent track “2020,” Lil Tjay managed to blow the roof off of the Ryan Center.

Only two years into the music industry, Lil Tjay is well on his way to working his way up the rap game as he excels in his rapping and singing capabilities. The audience appreciated the Prince of Southern Bronx for making the time during his tour to stop by URI.