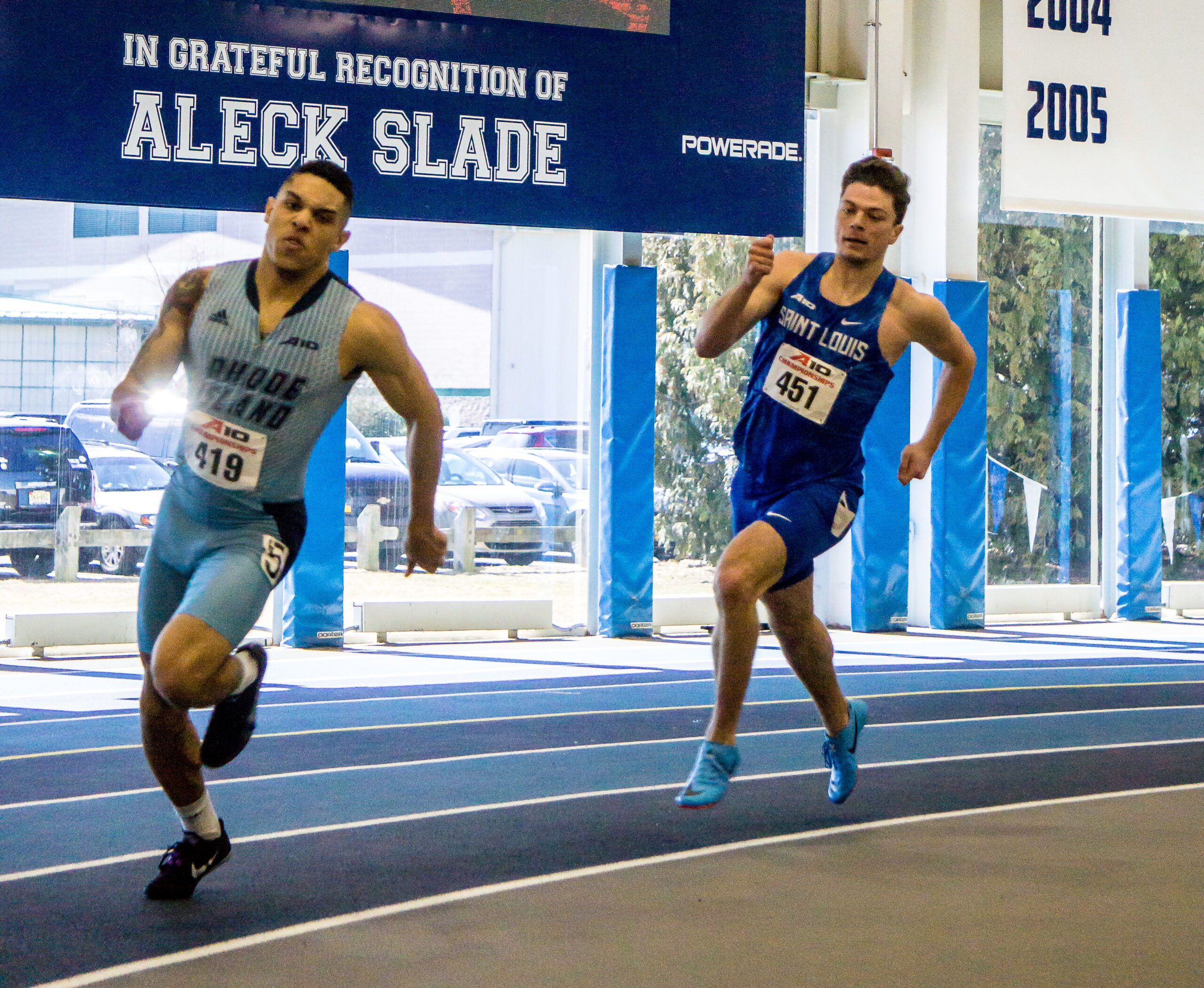 The University of Rhode Island men’s track and field squad won the Atlantic 10 Conference Championship at Mackal Field House while the women’s team finished third, making for an overall great showing from the Rams.

This is the fifth time that the men won within the last seven years. Anthony Delasanta took home a first place finish for the Rams for a second straight year, winning the 400-meter with a time of 48.47 seconds. Fellow Ram Maxwell Dickens finished third in the same race with a 49.30-second time. Delasanta also recorded a second place finish in the 200-meter, finishing at 21.87 seconds.

The relays were a huge success for the Rams as they took first place in both the 4×800 and 4×400-meter races. Additional notable performances came from Kellen Waters and Nathan Coogan, who finished second in the 1000-meter and mile respectively. La’Rue Martin finished third in the 60-meter hurdles with a time of 6.92 seconds.

The women had a great showing as well, with many different Rams giving great performances to achieve a third-place finish. Senior Kristina MacLure won her first A10 title in the 60-meter, running her fastest time ever at 7.52 seconds. MacLure also finished third in the 60-meter hurdle with a time of 8.64 seconds, just three-tenths of a second ahead of her teammate, Trinity Smith.

Lotte Black defended her A-10 mile title, winning the event with a 4:52.32 mile time and finishing three seconds ahead of the second place finisher. She also ran the 800-meter where she finished second with a 2:08.22 second time.Additionally, Bethany DeLoof was runner-up in the 500-meter and both relay teams recorded second place times.

“The mile is definitely my favorite event,” Black said. “It was a lot less stressful this year because I trusted in all of the practices and knew what I was going to get.”

As for the team performance,Black said, “Both teams were shooting for top three in this year’s meet. You can never really know how the meet is going to go but, luckily for us, people like Kristina were able to get school records and personal records to make this event successful for us.”

Black said that the team will keep practicing in order to maintain their record.

”Practices will stay the same,” Black said. “We will continue with the same old stuff, although, we may move a little slower to try and save energy. We will be doing practices in New Mexico next week at altitude to prepare for the conditions.”

The Rams will hopefully turn their success and preparation into even more wins in the IC4A and ECAC tournament meets this weekend as well as the NCAA Tournament on March 13 in Albuquerque New Mexico.