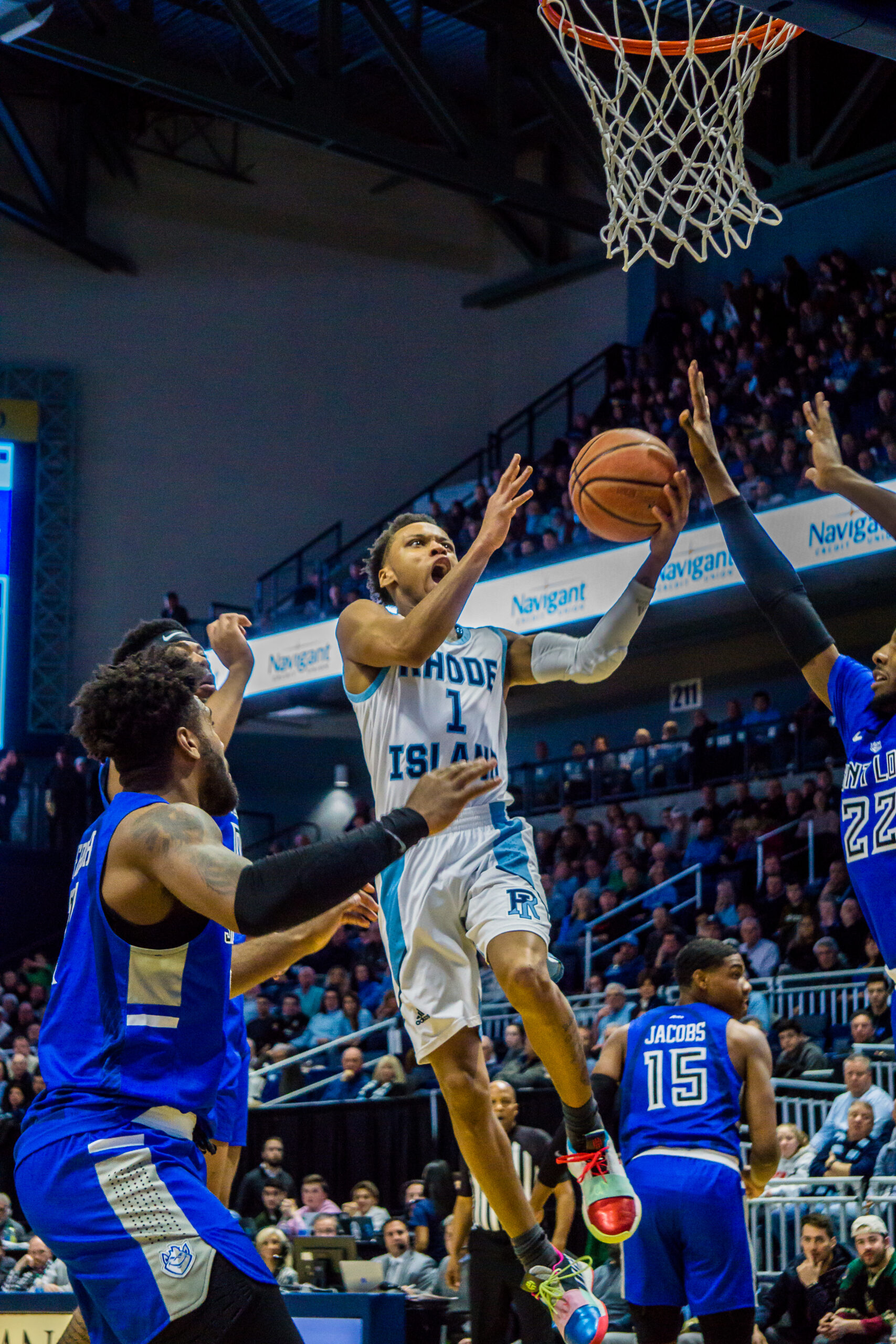 No. 3 for good reason

A capacity on hand in Kingston. A primetime game. A charged senior night for two pillars of the University of Rhode Island basketball, Jeff Dowtin and Cyril Langevine. Yet the Flyers remained unfazed in what was a business-like dismantling of the Rams, with a final score of 84-57.

“Obviously a very disappointing loss,” URI Head Coach David Cox said. “[The University of Dayton Flyers] are an excellent basketball team. This is not the way I wanted both Jeff and Cyril to go out in their last home game. That’s where my mind’s at right now to be honest with you.”

Obi Toppin continues to come as advertised, flying through what seemed as high as the Ryan Center rafters with dunk after dunk in both individual and team offensive performance. Toppin finished with 20 points in only 23 minutes of game action on 6-11 shooting.

The most impressive part of Dayton is their likeness to a well-oiled machine. The Flyers offense always looks for the best looks, the next pass and is the epitome of unselfishness. UD finished the game with three different players in double figures. Along with Toppin it was the play of Jalen Crutcher and Trey Landers who diced the Rams defense. Landers finished with 14 points while only missing one shot from the field, with his counterpart Crutcher tallying 17 points, adding five assists and grabbing four boards.

For those who reside in the Ocean State, it was one last chance to say goodbye to one of the most influential senior classes the program has had the pleasure of seeing. Guard Jeff Dowtin and forward Cyril Langevine have to this point been a part of two seperate NCAA tournament runs, with the (outside) chance of making it a third this March. While this wasn’t exactly the result those two wanted out of their last game in Kingston, both played well enough as individuals. Dowtin was Rhode Island’s lone consistency on the offensive end as he finished with 16 points, going 5-7 from the three point line.

Rhode Island fell behind by 16 at the half, and it was just too much to overcome. A poor shooting night across the board resulted in the Rams shooting 17-59 from the field; a mark that will find you no success no matter the competition. Whether it’s the number three overall team in the country or No. 350, converting on less than 30 percent of your shot attempts will almost always result in an added number in the loss column.

Moving forward, the Rams just simply need more from their bench, but also more from Fatts Russell. Russell ended the game shooting a paltry 2-13 from the field, finishing with nine points, four boards and four assists.

The “bubble” for URI has also been figuratively burst, as any realistic at-large bid chances went out the window in this game. For the Rams it’s simple; the only way in is to win it all in Brooklyn. A get-right game comes on the horizon for URI in the form of their final game of the regular season. The Rams travel to face off against regional rival UMass Saturday night, in an attempt to gain some confidence going into their conference tournament.