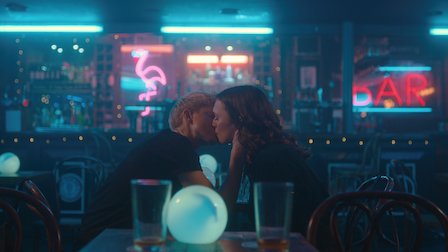 Love is never simple and it is never like it is on TV. There are differences, arguments and bad moments. Things do not always work out and we can do little about it. But “Feel Good” shows the reality of love and addiction.

“Feel Good” is the semi-biographical story of Mae Martin, who plays herself and is a co-writer of the show. Mae is a recovering drug addict and comedian who begins to date George, a woman who has only ever dated men and seems to have her life together. Their relationship quickly evolves and Mae moves in with George.

The show completely skips the honeymoon phase of a relationship so often portrayed on TV. Instead, we begin when problems start to arise for Mae and George. George is obviously hesitant to share that she is dating a woman with her snooty friends and Mae doesn’t tell George she had a drug problem until her mom brings it up over the phone. Both Mae and George have to reconcile their personal problems with their relationship for it to work.

George wants to be popular with everyone and holds onto dated ideas of what normal is. Her friends are extremely egotistical and out of touch with regular people, yet George attempts to fit in with them even though they put her down. Even though she knows she loves Mae, she struggles with bringing that part of herself into the public.

At one point, one of George’s elementary school students calls another student a homophobic slur. George explodes at the kid and then storms into the principal’s office, saying she is going to teach the children about LGBT+ issues whether the school likes it or not. The principal tells George that she should already have been doing this and if she has not it’s a problem. This moment shows George that her idea of what others see as normal is clearly different from what she thinks.

Oftentimes, people do not think about their sexuality if there is no representation of anything other than the norm. While George is obviously attracted to at least one woman, she has never questioned her straightness. When she has to consider her sexuality, she refuses to face the issue.

At the same time, Mae struggles with addiction. Mae realizes that while she has not used drugs for a while, she has been addicted to love and now George. She tries to pull herself out of her addiction to George and ends up using drugs instead.

While Mae and George are dealing with their personal issues, the world goes on around them. George has to continue teaching and Mae’s comedy career begins to rise and then sours.

This show succeeds at what others so often fail to do: be real. “Feel Good” addresses the topics of love, addiction, being gay, friendship and family while serving each justice. It may be because this show is based on Martin’s life, but there is something real and powerful hiding right behind every moment of the show.

While “Feel Good” deals with serious topics, it still does exactly what the title says it will: it makes you feel good. Through the bumps in their relationship, Mae and George bring a sense of joy and hope for anyone watching.