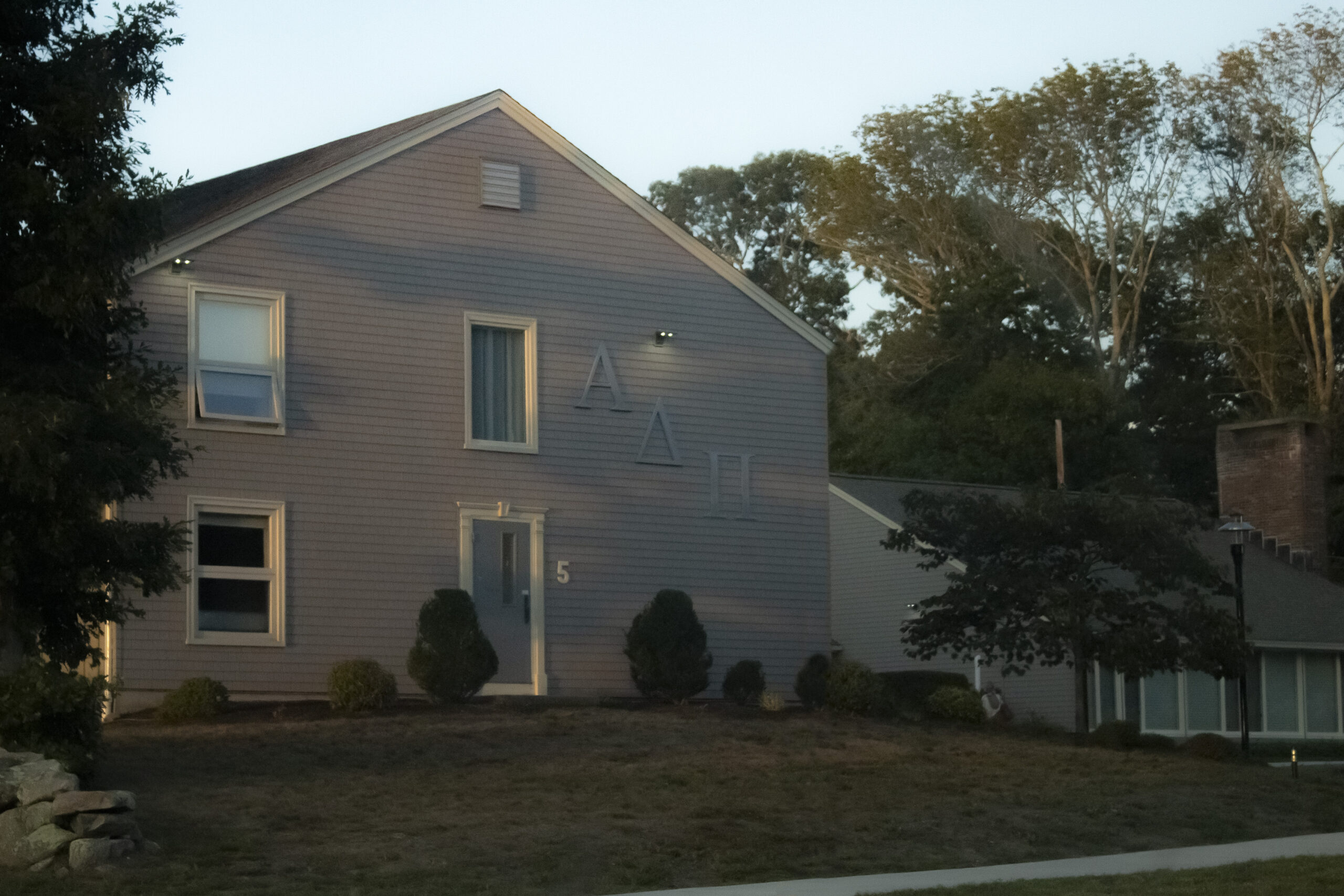 Diversity Dialogues has been working Greek Life to begin facilitating diversity training in their chapters. Photo by Siobhan Richards.

A new program called Diversity Dialogues will offer social justice workshops on campus this year in the aftermath of a racist incident at the University that went viral.

The University of Rhode Island’s Diversity Dialogues is coordinated by the senior undergraduate scholars in residence in the Office of Community, Equity and Diversity (CED): Carlee Kerr, Maya Moran and Veronica Seay. The workshop’s goal to increase outreach in order to educate others on social justice.

Diversity Dialogues training is generally discussion-based, and focuses a lot on personal evaluations and learning proper terminology. Additionally, it features around two group exercises for further education on the topic.

“Essentially it’s giving [participants] the knowledge and also pushing self-evaluation, because it’s really common for individuals to have bias regardless of whether you’re extremely educated on the topic or not,” Kerr said.

Recently, Diversity Dialogues have been working with the Greek Life Task Force, as a video taken in 2018 of three white Alpha Delta Pi sisters lip-synching “Freaky Friday” by Lil Dicky and Chris Brown, which includes the usage of n-word in rapid succession, went viral on TikTok and Twitter.

While the students in the video have been suspended, the groups are working together to make sure that any other racist actions do not occur.

“Greek Life reached out to our supervisor and expressed that they were trying to do some kind of workshop for Greek Life in its entirety,” Kerr said. “Essentially, we’re going to help them facilitate the workshops within their own chapters.”
Kerr estimates that between 30 to 40 students in Greek Life are now trained to facilitate Diversity Dialogues workshops, though she doesn’t believe every fraternity chapter participated.

Diversity Dialogues is also working to add their training to the URI 101 program, noting how many people don’t have a prior education or knowledge of these topics.

Kerr said that the idea for Diversity Dialogues came up at a club meeting with Diversifying. Recruiting. Inspiring. Volunteering. Educating., more commonly known as  D.R.I.V.E. This student organization aimed at increasing diversity at URI through outreach and admissions. Kerr, Moran and Seay are all members of D.R.I.V.E.

“We had [Joanna Ravello], who’s our supervisor now, create a workshop on microaggressions, and at the end of the workshop I had mentioned that I was trying to think of a way to push URI 101 to have diversity workshops within the curriculum,” Kerr said.

Moran said that then turned into a trip to Subway to brainstorm what would become Diversity Dialogues. This would lead to a meeting with Dr. Mary-Grace Almondrez, associate vice president and chief diversity officer, to help this come to fruition at the University.

“The two of us met at Subway because we wanted to talk about some ideas that we had and see what we could do with what we already had,” Moran said.

Moran, who is Black, said that some of the things she had experienced happening to her and other people made her frustrated.

“I came from a really diverse area to come to URI, which is a predominantly white institution,” said Moran. “It’s been kind of a reverse culture shock.”

Kerr, Moran and Seay each said that helping educate others was rewarding to them.